Crews reach millions confined at home amid pandemic in Turkey 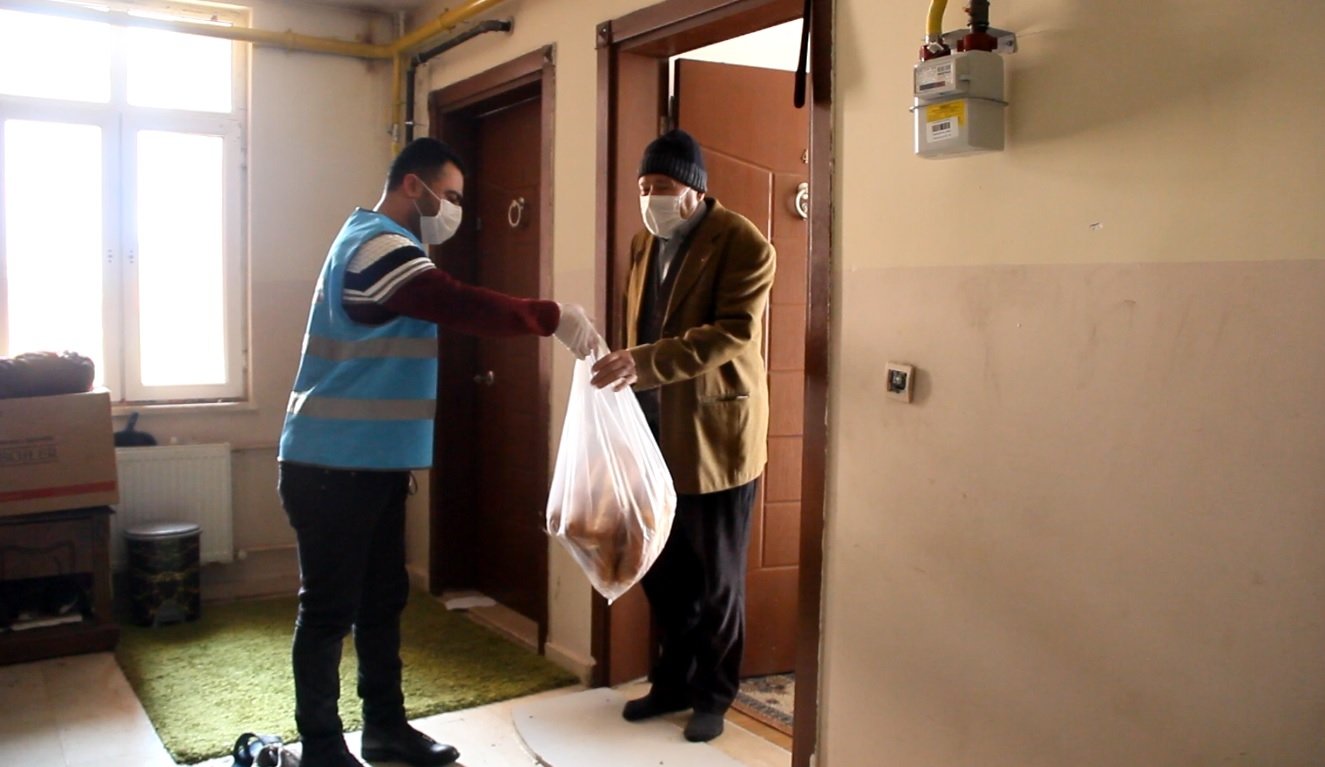 From the elderly to people in quarantine and even animals, social support groups formed by the Interior Ministry have become a lifeline during the COVID-19 pandemic with their outreach programs designed to help those at risk

Responding to calls and going door to door, social support groups that emerged in the initial days of the coronavirus pandemic aim to reach all citizens in need, particularly senior citizens, who are forced to stay at home for fear of infection. The groups, formed by the Interior Ministry, sometimes deliver groceries or pensions to millions of people.

Formally known as “Vefa Social Support Groups," the crews, formed by civil servants, live up to the true meaning of the word "vefa," which can broadly be translated as "loyalty," in a society where the elderly are shown great respect. The groups were originally formed by the Ministry of Family, Labor and Social Services to boost women’s employment and to help needy families. When the pandemic made its foray into Turkey, the social group evolved into a nationwide state benefit project. Governorates in 81 provinces and hundreds of districts formed their own teams composed of volunteers from all walks of life, from teachers to clerks and police officers. Volunteers who are not civil servants can also participate in the job, which involves the risk of infection to some degree.

The latest figures show Vefa groups responded to about 9.5 million calls for help, mainly from those who are 65 and above and have been subject to a partial curfew since March 21. Some 114,907 workers in the crews addressed the needs of the elderly as well as people with chronic diseases who would be at risk of infection if they go out. Some delivered food and others handed out the benefits that people cannot withdraw themselves. Vefa groups also supplied cash payouts to people in their homes as part of the “Social Protection Shield” program of the Ministry of Family, Labor and Social Services.

Citizens can call emergency services, police and gendarme hotlines to request a Vefa group for any need. Since March, the groups have visited more than 3.1 million households. Overall, they handed out TL 2.9 billion ($408 million) in cash, including pensions, benefits for the disabled and other payments at the doorsteps of people who cannot leave their homes. They were also tasked with delivering masks and kolonya (cologne) sent out to 5.9 million people by the Turkish Presidency in the early days of the pandemic.

Crews, who work around the clock, also deliver medicine to senior citizens and patients. Apart from healthy citizens under risk, they reach out to people in quarantine at home due to the coronavirus. When they are not busy with visits, they deliver food to stray animals and birds that have difficulty finding food with most people staying at home, especially during curfews.

Kürşat Şeyda, a lawyer in the northwestern province of Edirne, is among the volunteers working in Vefa groups. As soon as he ends his shift in the courthouse, Şeyda joins others to deliver aid to people. Şeyda, also a member of a local youth association, is accompanied by fellow volunteers at the association, which helps in coordinating aid efforts.

“I am happy to volunteer. If I am too busy during my daily routine, I alert other volunteer friends from the association and they fulfill the demands of people in need,” he told Anadolu Agency (AA). “The pandemic affected the whole world. Elderly people need support. It is a beautiful feeling to be able to help them,” he said.

Elsewhere in the province, Müslüm Yıldız, who works as an imam at a mosque in Edirne, devotes his time to coordinate the support work of Vefa. Yıldız found himself with free time when the mosque he worked at went under restoration and decided to help workers at the 112 emergency hotline about three months ago. Now, he fields calls to Vefa groups. Sometimes, he answers calls for medicine requests from quarantined citizens and other times, he notes requests for assistance from elderly citizens.

“Health care workers have been tackling a serious burden and are working hard in this era. When I heard that the hotline was looking for volunteers, I rushed to help them. It is an honor for me as an imam, who should be helping people all the time, not only at the mosque but outside as well. We are serving our nation and glad to support people, even if it is a minor task in the name of humanity,” he told AA.

The work of Vefa groups is significant for Sinop, “the oldest” province in the country, where senior citizens make up 18% of the population. The crews in the province located on the northern tip of the country both deliver daily needs to the elderly and share their sorrow and joy, chatting with them from their doorsteps to boost their morale. Zuhal Öz, a Vefa crewmember, said it is an emotional experience for them. “We are touching their lives. We feel happy when we see the joy on their faces as they open their doors and see us. Sometimes, we feel sad because these people cannot leave home and they are in need. We are working to do our best to help them,” she told AA.

“It is not a job for us. It is like a duty,” Tuğçe Özcanlı Mendi, another volunteer in Sinop, said. “These people view us like their own children. We share an emotional bond. I am sometimes driven to tears when I see some elderly people living alone,” she said.