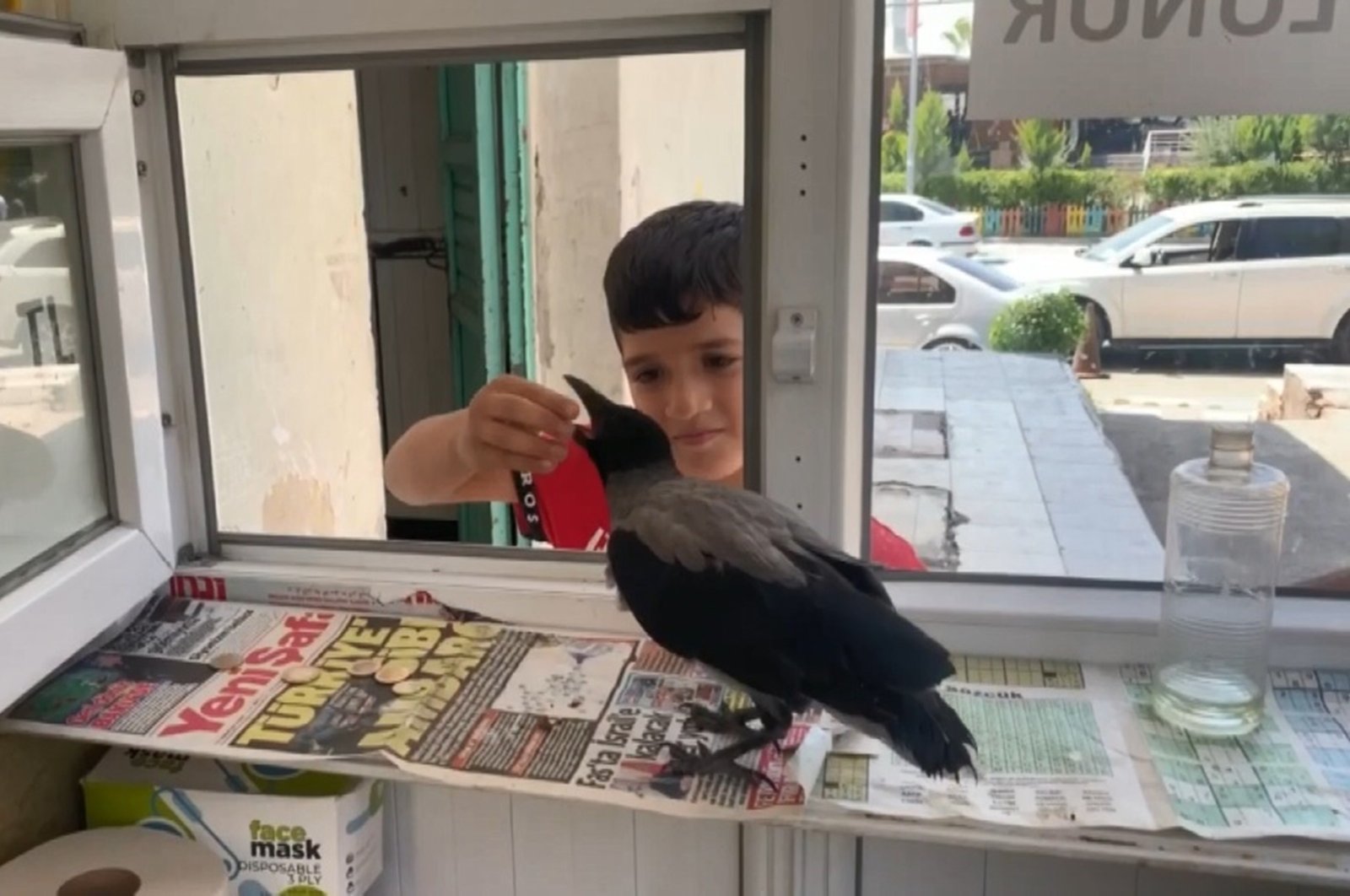 Crows are no strangers to stealing from humans, but one crow chick has found a legal way to make a living. The chick, raised by a restroom attendant in Birecik, a town in southeastern Şanlıurfa province also home to a type of ibis, surprises visitors by standing guard while the attendant is away. It gladly accepts coins and banknotes from the customer's hand with its beak – and those dodging payment face a loud shrieking.

Ismail Atmaca (whose last name coincidentally is the name of a type of hawk in Turkish) started an unlikely friendship with the animal when he found it on the ground about two months ago. Too frail to fly, it apparently fell from a nest but Atmaca could not locate the nest. He then decided to feed him in the small booth outside the restrooms he operated. Then, he took it home for further care.

Soon, the chick started accompanying him to work and proved its intelligence by learning the best part of taking care of restrooms – getting paid. Imitating Atmaca, it started extending its beak to the customers handing over money. It has proved so skillful that Atmaca nowadays leaves the restrooms to the chick when he has some other chores he has to attend to elsewhere. Visitors, mostly locals accustomed to the crow, are not surprised to find the chick in the booth instead of its human custodian and most leave the coins they were supposed to give to Atmaca to the chick. The young crow carefully places coins on the counter.

Atmaca told Ihlas News Agency (IHA) Monday that, although the chick had parents, it got used to living with him. “I gave it a shelter when I found it here under a tree, so cats would not hunt it. It never leaves here. Two crows come here every day and perch on top of the tree opposite the restroom and I think they are its parents,” he said.

“We became friends fast and it likes sitting on my shoulder the most. It mimics whatever I do. It also communicates with me by sounds. I now know when it is hungry or thirsty and give it water and food,” Atmaca said. “Some people are surprised to see it collecting money but I am grateful to it, though it does not hand over all the money it has collected. It stashes some in a spot it made for itself,” he added.