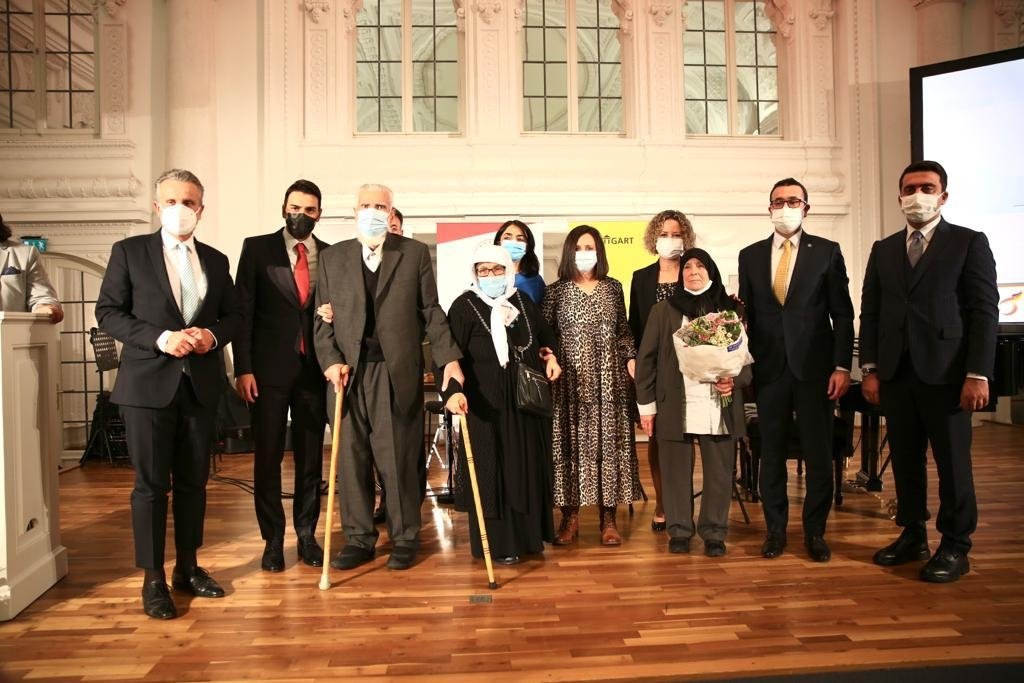 The Turkish community in Germany marks the 60th anniversary of a deal between Turkey and the European country which paved the way for “guest workers.” In six decades, Turks won over the country as hard-working migrants and for their integration into society. Today, descendants of workers from all around Turkey are praised for their contribution to Germany, while their suffering in the hands of racist attacks still remain an open wound for the community.

The anniversary was marked on Thursday in Stuttgart at an event attended by Turkey’s Presidency of Turks Abroad and Related Communities (YTB) chair Abdullah Eren, the country’s consul-general in Stuttgart Erkan Öner, Stuttgart Mayor Frank Nopper and Muhterem Aras, a German politician of Turkish origin who serves as President of the State Parliament of Baden-Württemberg.

The event was attended by some members of first generation of workers, who related their experience and struggle during their first years in Germany.

Speaking at the event, Eren said the number of people in the Turkish diaspora in Germany has reached three and a half million and they responsible for accomplishments in various fields, from economy and politics to civic society work, education, culture, arts and sports. Eren highlighted that the Turkish community significantly contributed to relations between Germany and Turkey. “Their contribution was not limited to these two countries. They also made contributions to the international community,” Eren said, giving examples of Uğur Şahin and Özlem Türeci, a German couple of Turkish origin behind the Pfizer-BioNTech coronavirus vaccine.

“Today, Turks are active in 50 sectors in Germany and created jobs for about 400,000 people. Annual turnover of their companies is about 50 billion euros ($58.2 billion). These companies play a contributing role in our economic and commercial relations with our biggest trade partner Germany, with whom we have a bilateral trade volume exceeding 30 billion euros,” Eren said.

He pointed out that Turkish civic society organizations, tracing their roots to mosque associations set up in the first years of migration, have been active in many fields, from culture to sports and education.

Eren also highlighted the need to increase political inclusion on all levels for Turkish community in Germany, “a social and political reality.”

The Turkish diaspora’s Germany experience has not been without problems. Eren noted a rise in racism and hate crimes amid the rise of far-right in the West and said 29 Turks died in racist attacks since 1990, according to data by Germany’s Interior Ministry. “I believe the memory of our losses constitute a legacy to motivate us to build a more peaceful future. Regardless of all, we prefer looking towards the future with hope,” he said.