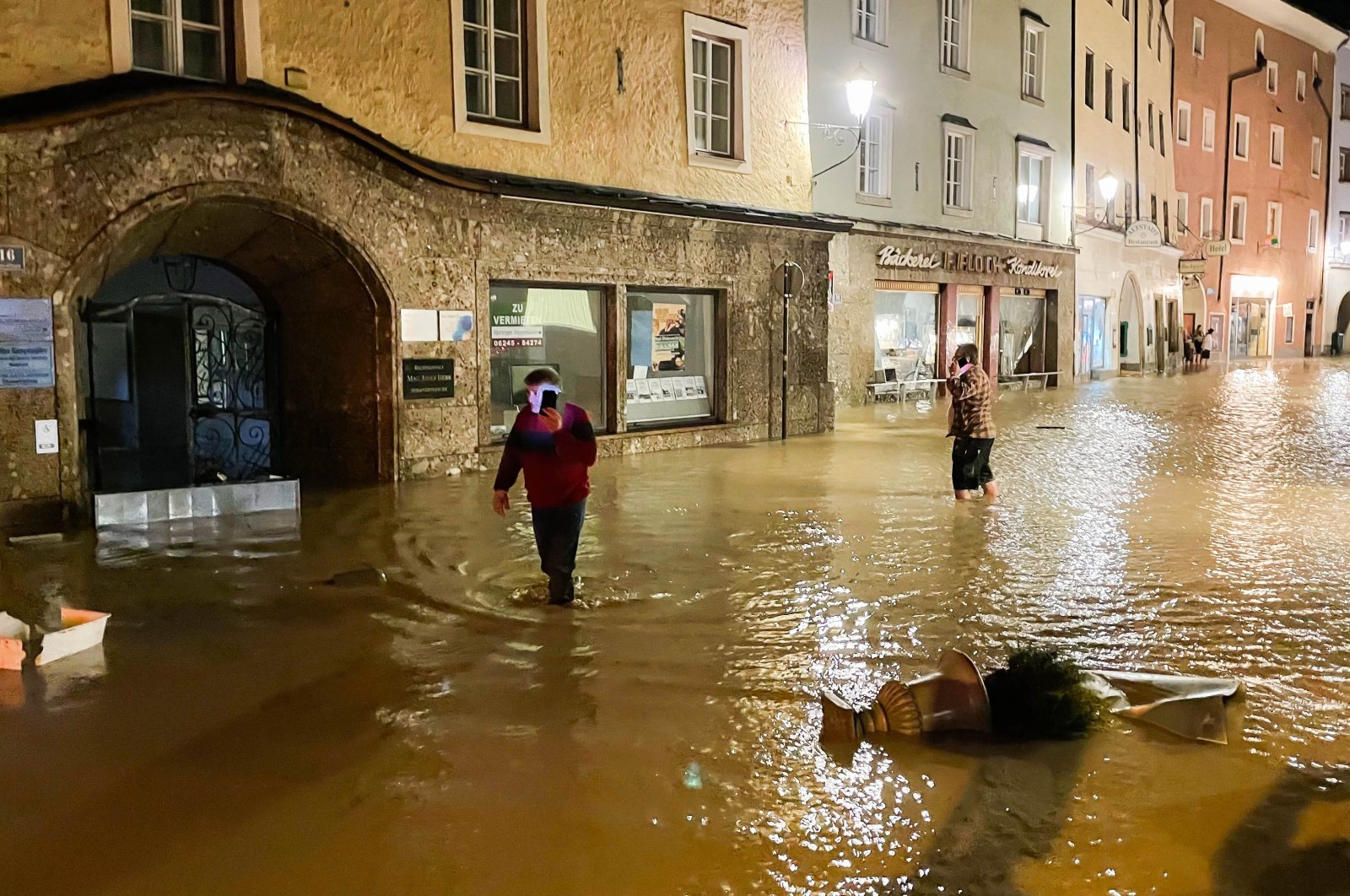 A heroic act of an Austrian man saved the lives of a Turkish couple in the Austrian town of Hallein.

Hallein, a town near the country’s border with Germany, was one of the worst-hit places from this week’s floods, which killed dozens in Germany and other European countries. When the downpour triggered floods in the town, Salih and Ayşe Karaaslan found themselves facing a tough choice: cross the street where their restaurant was located to reach a safe place when floods started engulfing the venue or stay. They decided to wade through raging floodwaters, only to be carried away by the strong current. Right at that moment, their neighbor Alexander Eisenmann jumped into the water and pulled the couple to safety after a strenuous struggle.

The video of the rescue was shared by Turkish Deputy Foreign Minister Yavuz Selim Kıran, who also issued an online thank-you to Eisenmann by tagging him on Twitter, with a message of appreciation in German. “Mr. Eisenmann’s heroic action, borne out of humanitarian responsibility, is worth appreciation. We give him our most heartfelt thanks,” Kıran tweeted.

Salih Karaaslan, who hails from the northern Turkish province of Ordu, recalled the moments of horror to Anadolu Agency (AA) during Saturday’s floods. Karaaslan and his wife Ayşe run a restaurant in downtown Hallein and he noticed the floodwaters were swiftly filling the restaurant’s garden. In about five minutes, the water reached a height of more than one meter and Karaaslan was shocked to see waters carrying away a car down the street.

He told his wife that they should leave but she was shocked and unable to move. Karaaslan called the police and fire department for rescue but nobody came to their aid. “We had to make a decision. We would either cross the waters to the other side or we would drown,” he said. Just as the couple reached the other side, a wave took away Ayşe. Salih managed to grab her by her sweater, but he himself was nearly powerless against the relentless force of the floodwaters.

“Just then, our Austrian neighbor jumped in. He gave me a hand and together, we managed to get to the other side,” he said. The couple then climbed up a high wall, waiting for the fire department to rescue them. His wife Ayşe, slightly injured in the incident, was treated at the hospital.

Turkish Ambassador in Vienna Ozan Ceyhun and Salzburg Consul-General Berkan Pazarcı contacted the couple and asked if they needed anything. “Many people rushed to our help and we don’t need anything. We just need help from the embassy as we lost our passports and some other official documents in the flood. The Consul-General pledged to help us,” Salih Karaaslan said.