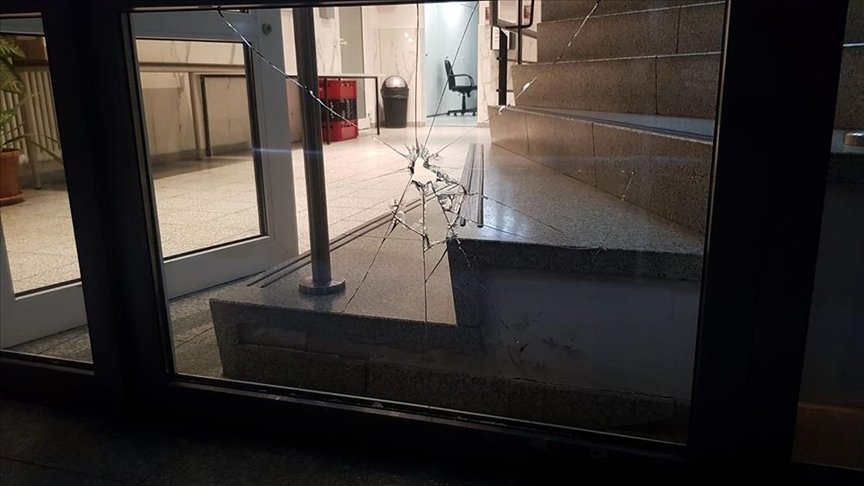 German authorities have launched an investigation into suspicions of arson of a Turkish supermarket in Gelsenkirchen, May 17, 2021. (AA Photo)
by Daily Sabah May 18, 2021 3:41 pm
RECOMMENDED

German authorities have launched an investigation into suspicions of arson of a Turkish supermarket in Gelsenkirchen.

A supermarket run by a citizen of Turkish descent was heavily damaged due to a fire that erupted on Monday night.

According to the statement by the police and prosecutor, a witness said that a man in black clothes fled the crime scene. The footage obtained by security cameras corroborated the witness' story.

The Turkish community in Europe is also concerned with the rising trend of Islamophobia and Turkophobia in Western countries, calling on European states to escalate measures against hate crimes.

Germany has been recording Islamophobic crimes separately since 2017. In 2018, there were 910 incidents, including 48 attacks on mosques alone, a little lower than in 2017 with 1,095 crimes. In 2019, some 871 attacks targeted the Muslim community in Germany, while 2020’s data has not yet been announced. Every other day throughout the course of 2019, a mosque, a Muslim institution or a religious representative in Germany was targeted in anti-Muslim attacks. More than 90% of these were attributed to politically motivated crimes by the far-right.