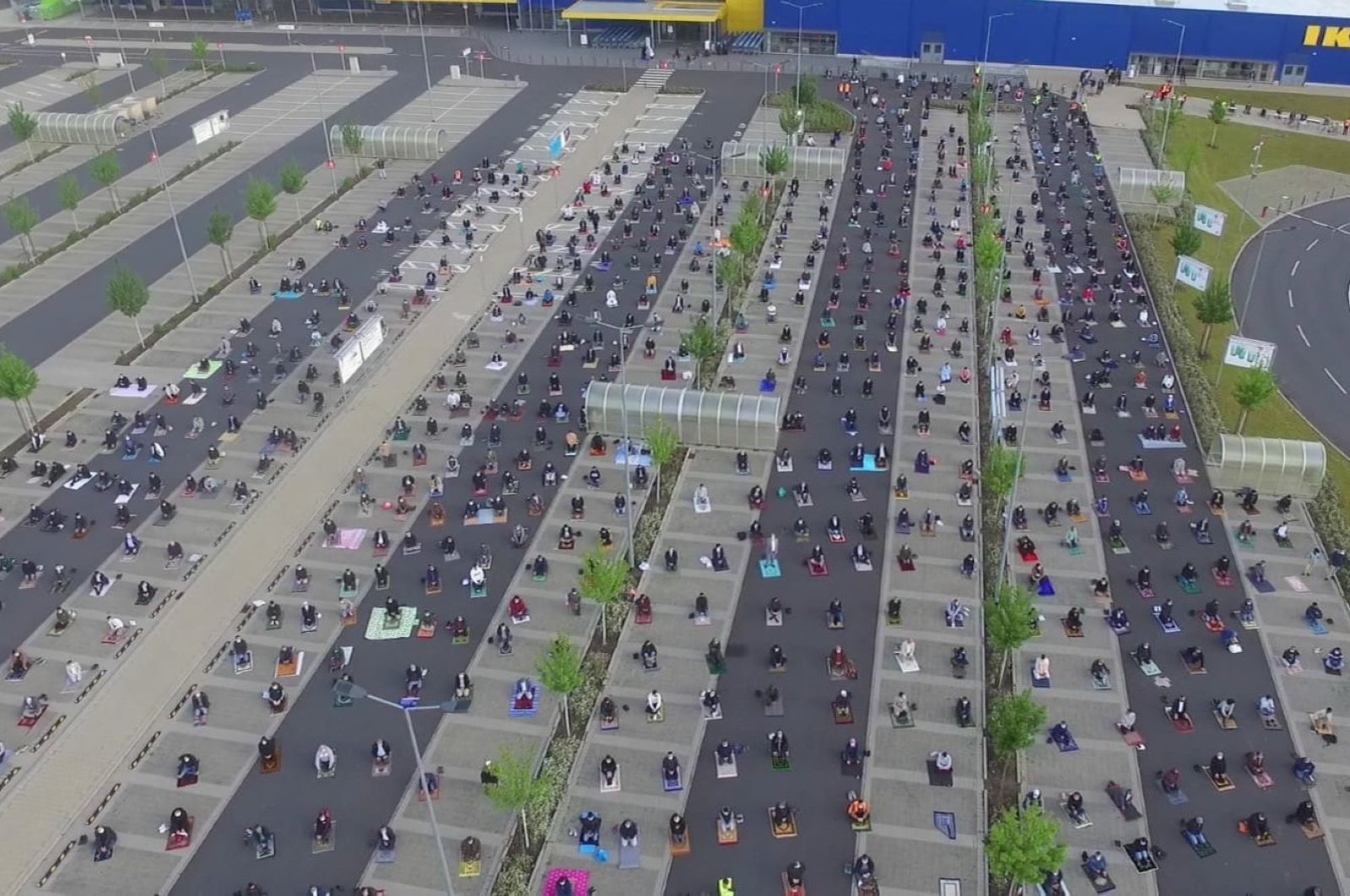 Around 800 Muslims prayed in the large outdoor space to mark the end of the holy month of Ramadan on Sunday with the organization of the Islamic Community National Vision (IGMG) in Germany.

Representatives from the Turkish-Islamic Union for Religious Affairs (DITIB) and IGMG visited the Swedish furniture group to express their appreciation and offered flowers to IKEA officials.

Pictures of the Sunday’s Ramadan Bayram prayer, posted on social media have been widely shared.

Looking for an alternative space to accommodate many people practicing social distancing, the chairman of a Wetzlar mosque, Kadir Terzi, approached IKEA last week. He told BBC News he wasn't hopeful he would receive a positive response.

"But the store manager didn't hesitate for a second and said, 'yes, you can pray.' I was surprised and happy at the same time," explained Terzi, who then organized the prayer along with Ditib Wetzlar mosque.