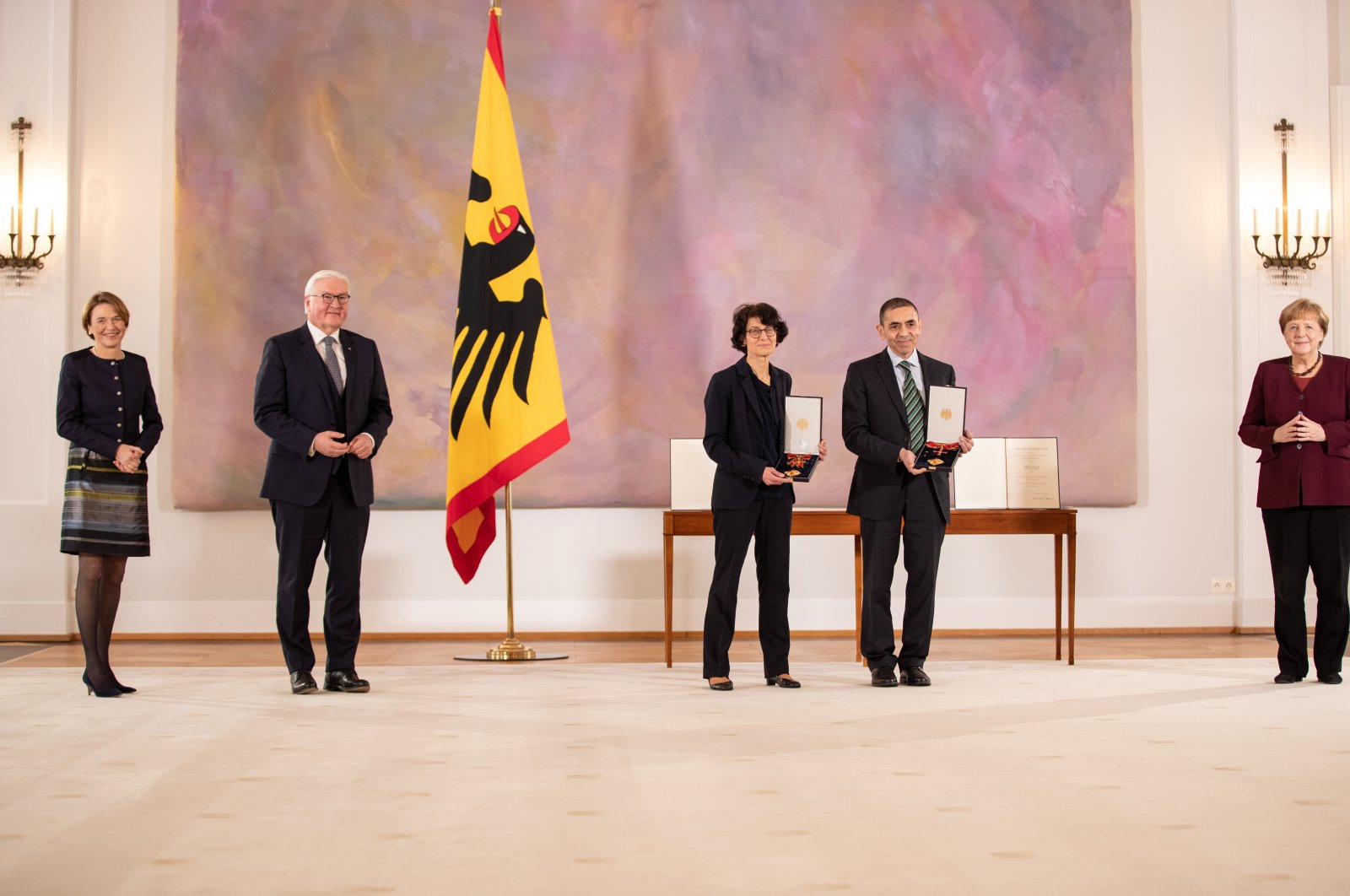 Germany’s leaders on Friday handed the country’s highest award, The Knight Commander’s Cross of Order of Merit, to Uğur Şahin and Özlem Türeci, the married couple of Turkish descent who drew global praise for the innovative COVID-19 vaccine they developed.

Şahin and Türeci’s BioNtech, in cooperation with U.S. pharmaceutical giant Pfizer, developed a Messenger RNA (mRNA) vaccine against the coronavirus, the first to be authorized by the European Union.

Şahin, an oncology expert, is the son of a family of Turkish immigrants who settled in the country in 1969. He is married to Özlem Türeci, the daughter of a Turkish surgeon in Germany and an accomplished physician who specialized in cancer treatment.

President Frank-Walter Steinmeier and Chancellor Angela Merkel presented the awards at a ceremony at Bellevue Palace in Berlin. “I thank you on behalf of the country for your scientific accomplishments. I hope your future research will bring more accomplishments both to you and us,” Steinmeier said at the ceremony.

“Your work is described as a ‘vaccine miracle’ in the world. You are known as an impressive couple, researchers, heroes and even saviors of the world. People tried to put a tag on your vaccine work, but a vaccine has no nationality. It is neither German nor Turkish nor American,” Steinmeier said in his speech. "Your groundbreaking discovery is saving human lives, it is saving livelihoods, it is ensuring our social, economic and cultural survival," Steinmeier said.

For her part, Özlem Türeci said they were honored with the medal and thanked everyone who helped the development of the vaccine. “We managed to develop a vaccine in 11 months. People who received jabs from all around the world send letters and photos to us, and these illuminate the darkness we face,” she said.

Uğur Şahin said he was grateful to his team and international partners for helping the development of the vaccine and said there was still work to be done. “We walked two-thirds of the way, and the next six months will demand a lot from us,” he said at the ceremony.

Şahin pointed to the third wave of the coronavirus outbreak in Germany, adding: "We have to join forces again, and we must not allow ourselves to be demoralized by this third wave, which is likely to last longer.”