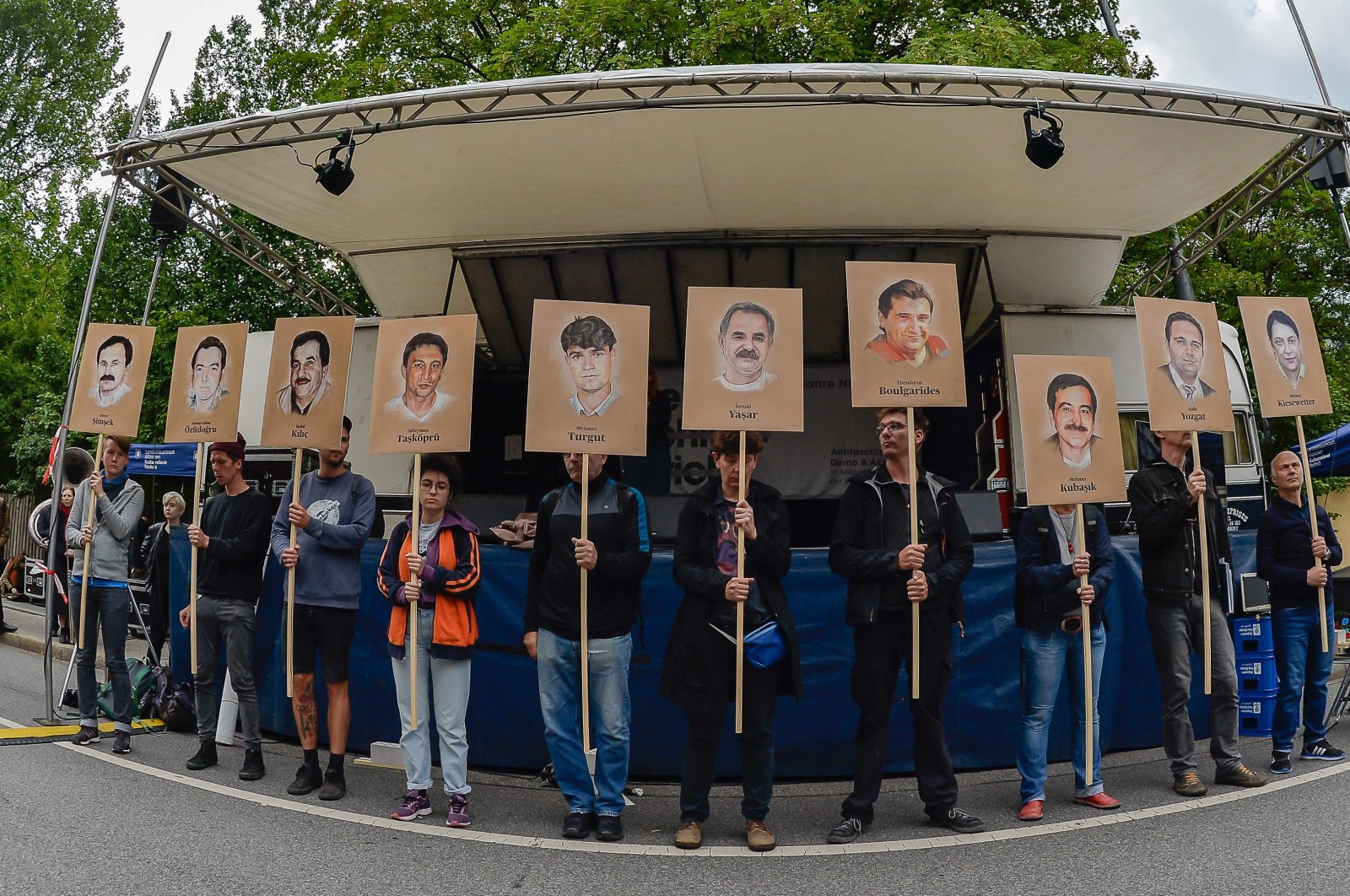 Protestors hold up signs with pictures of the victims of the neo-Nazi cell National Socialist Underground (NSU), in Munich, Germany, July 11, 2018. (AFP)
by DAILY SABAH WITH AA Mar 05, 2021 3:13 pm
RECOMMENDED

Seda Başay Yıldız, one of the Turkish lawyers representing a victim in a trial against the National Socialist Underground (NSU) neo-Nazi gang, continues to receive threatening letters from the group with the signature "NSU 2.0."

Speaking to Germany's Frankfurter Allgemeine Zeitung, Yildiz said that she is still receiving letters with death threats and criticized German authorities for not paying attention to the case.

Yıldız underlined that her family is consistently being openly threatened and yet, still, the interior minister of the Hessen state, Peter Beuth, refuses to take any responsibility to address the issue.

The lawyer also expressed that despite her suggestions, the interior ministry has refused to provide protection for her household.

Previously, German media outlets reported that the fax mentioned the names and addresses of her extended family members. "You can't find this information on social media," Yıldız was quoted by the media as saying back in 2019.

Yıldız had already filed a complaint in August 2018 after receiving death threats directed at her daughter and a police investigation found that her data was retrieved by a police computer in Frankfurt.

German authorities are becoming increasingly concerned over the growing right-wing terrorism in the country. Lately, far-right groups have drawn up several "enemy lists" containing names and addresses of more than 25,000 people, a parliamentary inquiry revealed in July 2019. The interior ministry said the lists were found in various police investigations and operations against far-right groups in the last seven years. Since 2016, Germany has conducted an increasing number of nationwide raids targeting right-wing groups, including houses, apartments and other properties believed to be owned by members of such groups, targeting the so-called "Reich citizens' movement," known as the Reichsbürgers.

The NSU killed eight Turkish immigrants, one Greek citizen and a German police officer between 2000 and 2007, but the murders have long remained unresolved. Recent investigations have revealed severe failures of intelligence and the failure of police units in the eastern state of Thuringia to disrupt the group. The NSU is believed to have been founded by three far-right extremists, Uwe Mundlos, Uwe Bohnhardt and Beate Zschaepe, who lived in Thuringia in the early 1990s. Seda Başay Yıldız was the lawyer for Enver Şimşek's family; Şimşek was murdered in 2000 by the group.