Dog reunites with owner after waiting 6 days at Turkish hospital 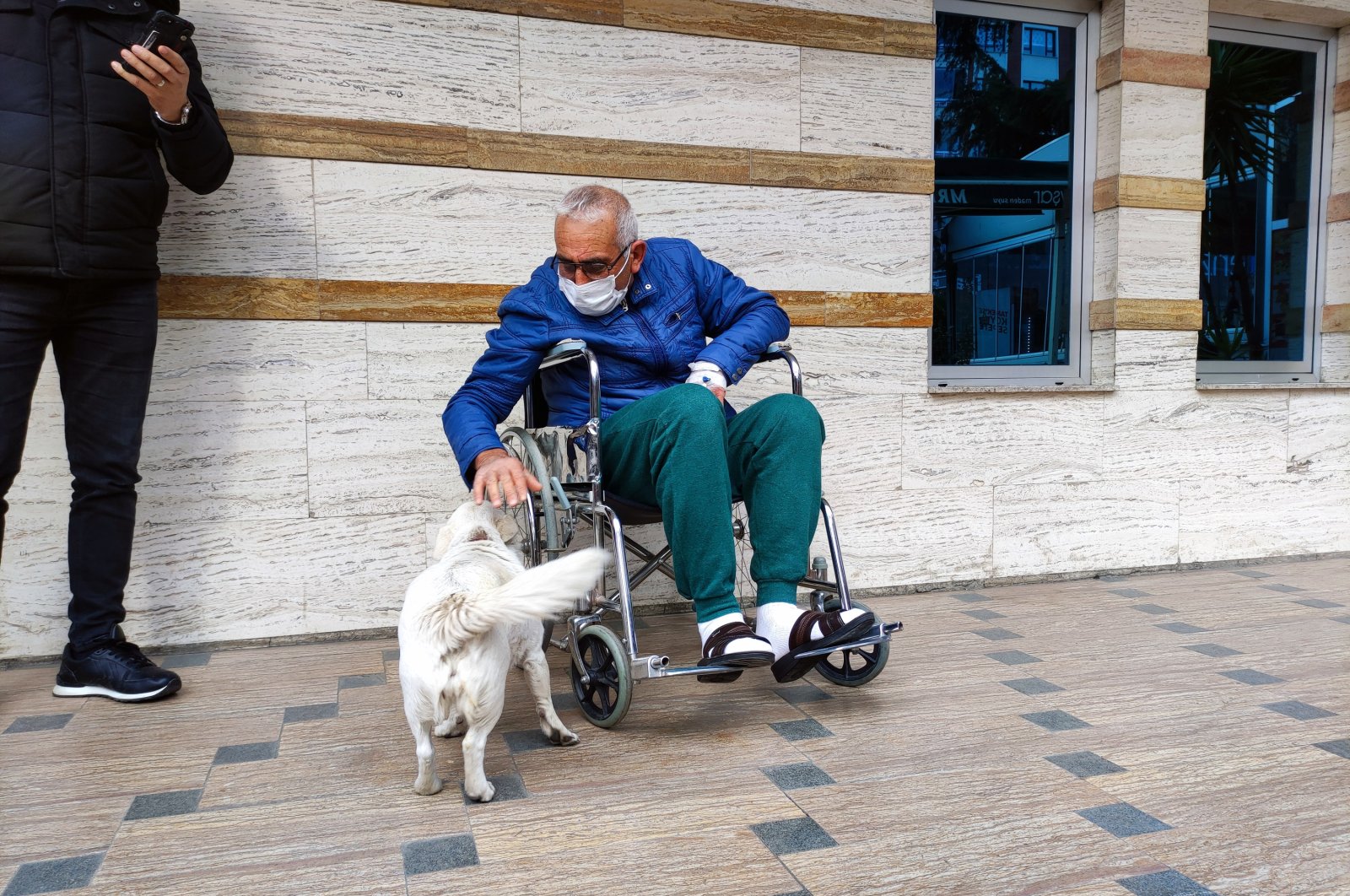 Having a pet not only increases your chance to survive serious diseases, but it also gives you a precious and loyal companion during your ailment.

Cemal Şentürk was hospitalized in northern Trabzon province on Jan. 14 with a blood clot in his brain, and along with the 68-year-old man’s family, his long-time canine companion Boncuk stayed close by. Almost a week later, Boncuk’s longing to be reunited with his owner ended Wednesday when Şentürk's treatment was completed and the elderly man was discharged from the hospital.

Şentürk’s daughter Ayşe Çapkınoğlu said that Boncuk accompanied the family every day when they went to the hospital to see her father.

“My father took him in nine years ago, fed and raised him. And Boncuk showed his loyalty this way. Boncuk looked around and started to cry when my father called out his name while getting treatment in the hospital room. We were surprised,” she said.

Çapkınoğlu added that despite their attempts to take the dog home, Boncuk routinely returned to the hospital on his own.

After his discharge, Şentürk said that he has a close nine-year bond with Boncuk and missed the canine a lot during his treatment.

“Sometimes I was looking at him from the window of my hospital room and calling out his name. He was barking and trying to make himself heard. We reunited again. If you show attention to dogs, you will see the same affinity,” Şentürk said.

Confined at home amid the COVID-19 outbreak, many people turned to pets as companions. Animal rights activists in Turkey say adoptions have doubled recently, but they also expressed concern that the same people may abandon their little buddies once the outbreak is over.