Dog waits for sick owner outside Turkish hospital for 14 days 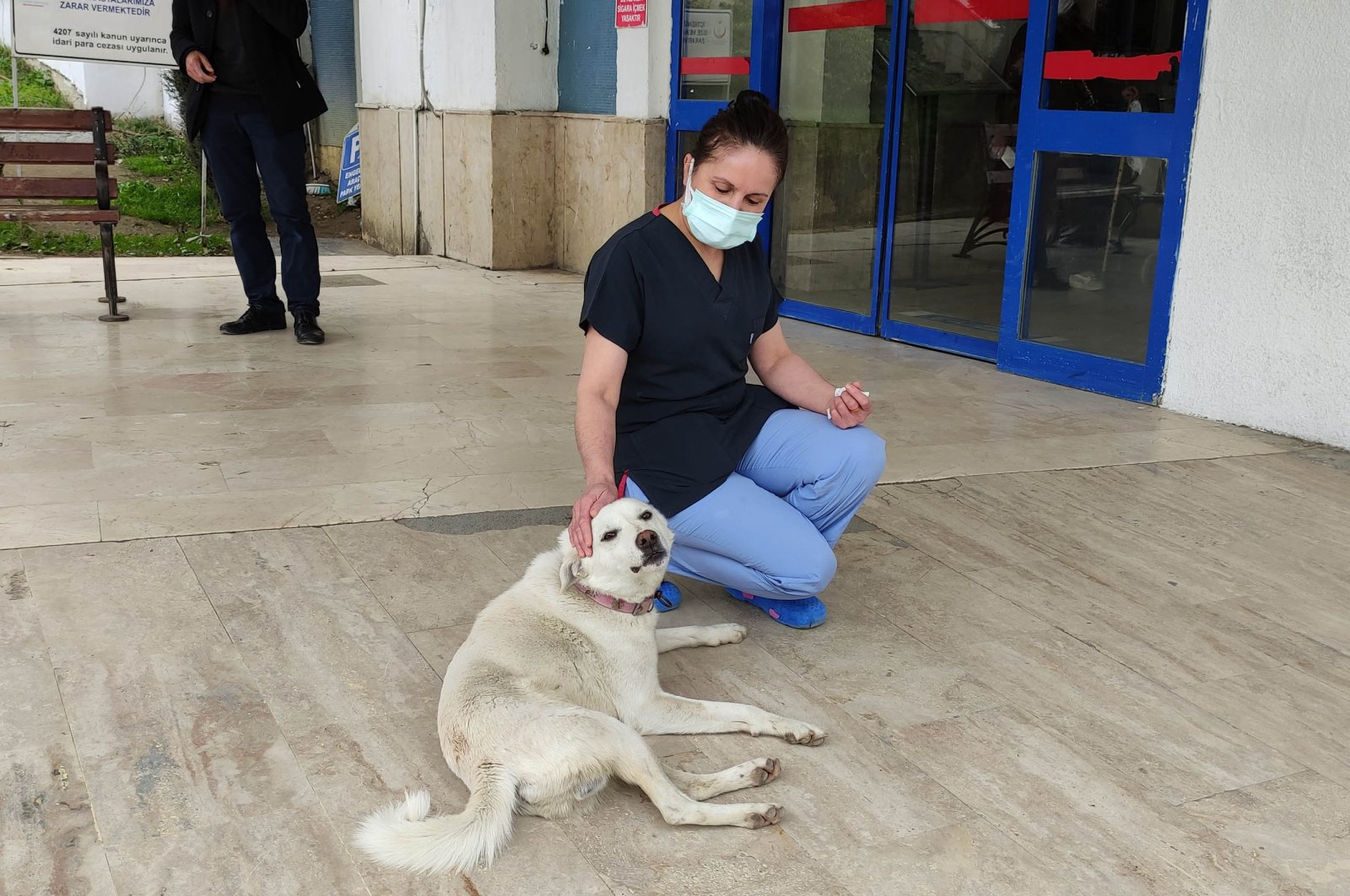 A hospital worker pets Pamuk, who is waiting at the entrance of a hospital for her owner to be discharged, in Ordu, northern Turkey, March 28, 2021. (DHA PHOTO)
by DAILY SABAH WITH AGENCIES Mar 29, 2021 2:11 pm
RECOMMENDED

“Pamuk” is the next poster girl of dogs with passionate devotion to their owners. Just like “Boncuk,” who made headlines in January by waiting for his owner for six days outside the hospital the man was being treated at, Pamuk warmed hearts with her patient wait for her 81-year-old owner’s return.

Mehmet Çakmak, who lives in Ordu, about three hours from Trabzon where Boncuk lived, was hospitalized after a heart attack while watching a football match on TV at home. The elderly man was resuscitated by paramedics and was taken to Ordu Public Hospital. The partially paralyzed man was taken to intensive care.

Pamuk, whose name means “cotton” in Turkish, was unaware of her owner’s state but apparently sensed something was wrong and followed the elderly man’s children to the hospital. There, at the entrance of the hospital, she waited for days, rarely leaving her spot. When Çakmak was discharged from the hospital, she returned home with him.

Metin Çakmak, the patient’s son, told Demirören News Agency (DHA) on Monday that Pamuk never left the hospital, except for times when she went out to find food. “She was here all the time and was waiting in such a calm manner,” Nazım Koçan, a member of the hospital's staff, said.

Pamuk’s loyalty brought to mind the story of "Hachiko," a Japanese Akita dog who waited at a train station in Tokyo for almost a decade, from 1925 to 1935, after his owner passed away. More recently, a loyal Argentine dog died beside his owner's grave after spending years there. Studies show that dogs’ loyalty to humans dates back several millennia.

Indeed, dogs are humankind’s oldest animal companions as they were first to be domesticated, and they empathize with human beings much better than other animals. Scientists say dogs, as pack animals, also seek bonds with other animals and humans, and this may be another reason for their loyalty to their owners.