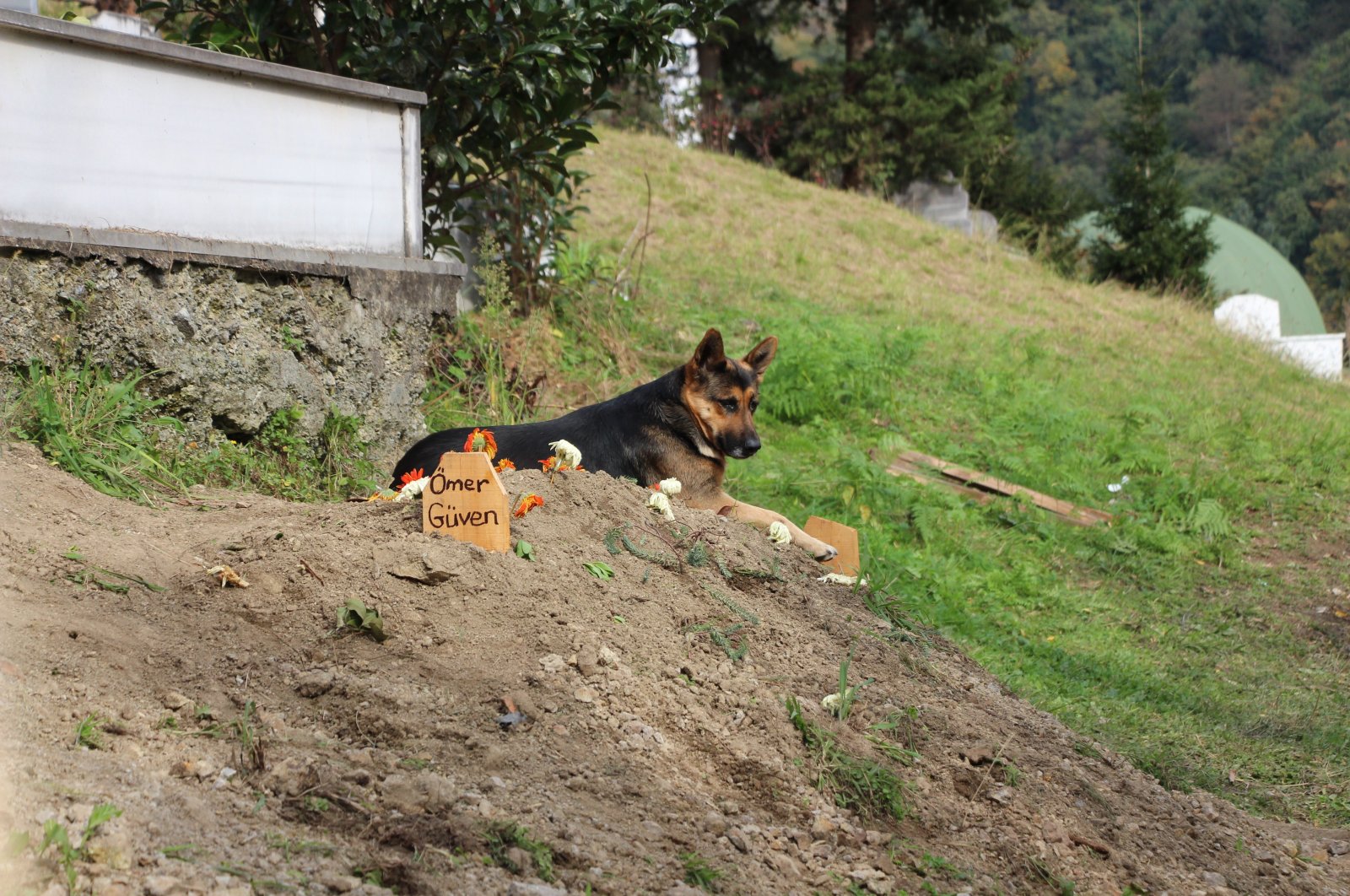 Stories of dogs deeply devoted to their owners are nothing unusual but a canine in northern Turkey took his bond with his late owner to a new level. Fero, who lost his owner Ömer Güven on Oct. 29, has been a frequent visitor to his grave ever since.

Güven, a father of five, had found a new child in the dog when he adopted the stray dog 11 years ago. The elderly man passed away at the age of 92 last month of natural causes.

His daughter-in-law, Fatma Güven, said that the old man and the former stray enjoyed a very close bond with each other. She said that since the day of his owner’s funeral, Fero has insisted on staying by the old man’s final resting place. "He also was caring for stray cats and used to go out of town in the winter. The cats would wander off when he left the town, but Fero would immediately find him. I did not know if the dog sensed his arrival, but he would always be there whenever he returned. My father-in-law was very fond of him too. He wouldn't eat before he fed Fero," she told Anadolu Agency (AA) on Thursday.

"Sometimes there are neighbors who see Fero come to the cemetery without us,” she said. "When he was laid to rest, the dog sat right on top of the grave.”

In January, another dog in Trabzon won hearts when he awaited for days outside the hospital where his owner was hospitalized.