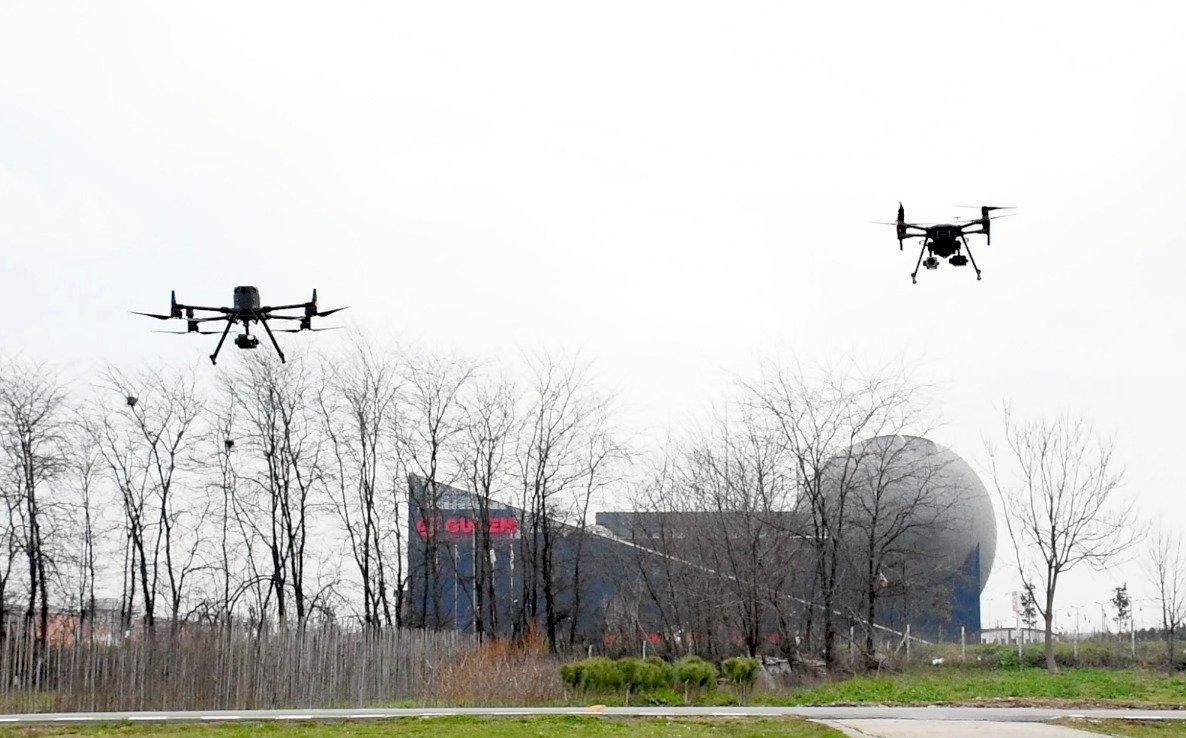 As it seeks to preserve its growing forests, both again pests and fires, Turkey taps into new technology. A new set of high-technology drones, which can create 3D models of disaster sites, are being used to extinguish forest fires effectively in northwestern Turkey. The Regional Directorate of Forestry in Bursa province purchased the drones in cooperation with Bursa Technical University. The drones can also track pests and protect the flora and fauna.

For the past two years, the directorate has allocated TL 1 million (around $135,000) for the drones, which successfully killed pests that had spread to a large part of the forested area between the Inegöl district of Bursa and the Domaniç district of western Kütahya province.

The first high-tech drone purchased in 2019 was used in six forest fires in Bursa, Istanbul, Izmir and Çanakkale provinces in the consequent year. Thanks to the L1 camera attached to the new drone, 3D maps can be captured and transferred to the fire operations center.

The directorate's head, Yalçın Akın, told Anadolu Agency (AA) on Friday that the devices have made an important contribution to the live monitoring of fires and determining extinguishing strategies. "We use it for tracking and determining the coordinates of living and nonliving moving objects in our forests, day and night,” Akin said, adding that they are also useful in preventing illegal mining activities and felling of trees. He said to be able to use the drone technology, 110 technical personnel were trained both theoretically and practically in the field and they obtained a commercial drone pilot certificate. "We have 14 drones, three of which are industrial. Two of them have thermal cameras and two of them have multispectral cameras,” he added.

Akın said that they use the multispectral camera as an alternative method of combating the chestnut gall wasp, a pest that attacks sweet chestnut trees.

Ali Ihsan Kadıoğulları, a professor at Bursa Technical University, said the new drones have a range of 15 kilometers (9.3 miles) and are resistant to temperatures between minus 20 degrees Celsius (minus 4 Fahrenheit) and 50°C (122°F). Stating that the device can get as near as 2 kilometers (1.2 miles) to the flames with its thermal and hybrid camera, he said: "Its air time is better than the previous ones. The previous high-tech drones could stay in the air for 25 minutes, but the new drone can stay in the air for 45 minutes.” Kadıoğulları said the device can be controlled by two people at the same time, and added that it can fly in rainy and snowy weather conditions and also in intense fog and smoke. "It has a night vision feature. It is a drone that we can use in search and rescue activities,” he said, adding that its long flight time makes it compatible with new cameras.

He said they also make orthophoto maps using the drones as they can see an average of 80-100 hectares of area, which will increase to 250-300 hectares with the new drone. Kadıoğulları stressed that the new drones, which can be flown even in strong winds, can fly to a height of up to 6,000 meters (19,685 feet) above sea level, and is both dust and water resistant.