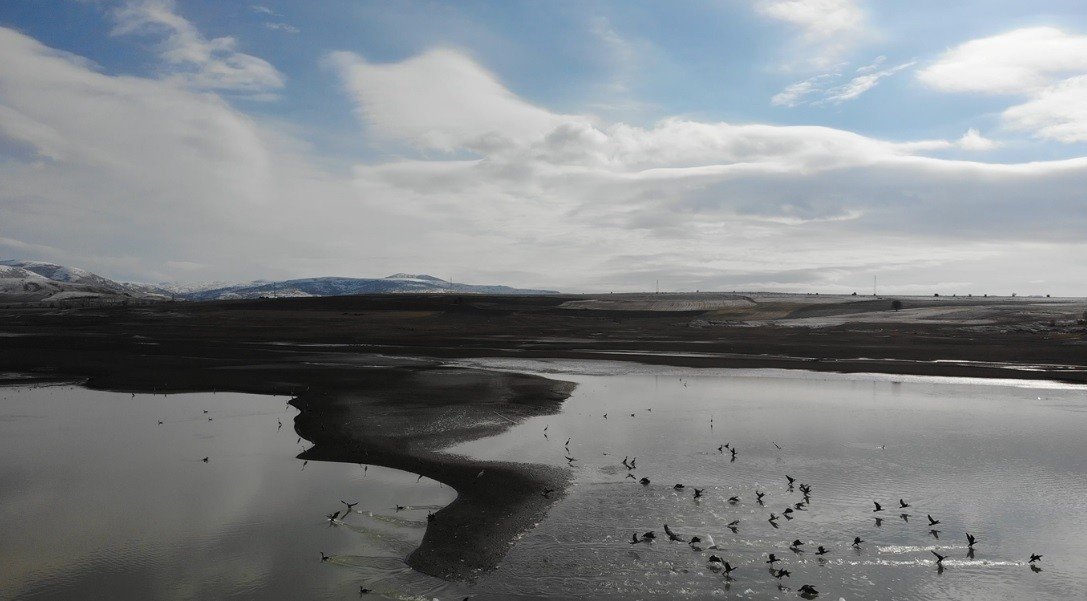 Turkey has been under the deep effects of drought due to misuse of existent water sources, a staggering amount of waste that accounts for 60% of total water use, climate change and differing rainfall regimes, an academic from northern Ondokuz Mayıs University (OMÜ) said in a statement to Ihlas News Agency (IHA) on Sunday.

Yusuf Demir said that “re-understanding” and “recognizing” water is crucial.

Speaking on World Water Day, Demir said that winter and summer droughts and changes in rainfall regimes have become important parameters for future planning around the world.

“Unfortunately, freshwater bodies are very limited on our Earth, and freshwater is not distributed equally among the nations and continents. According to the recent figures announced by UNESCO and the United Nations, more than 2 billion people around the globe do not have access to freshwater, and around a billion people are deprived of clean drinking water,” he said.

“More than 6,000 children die each day due to water shortage or illnesses stemming from the intake of unhealthy water,” Demir added, underlining that around 700 million people will be forced to migrate in the upcoming 30 to 40 years if water problems are not resolved globally.

“We need to have a ‘water management strategy’ and form water policies based on this. A ‘Water, Environment and Nature Management’ under the current presidential system,” he advised.

The Turkish government drafted an action plan against drought which was expected to come into force at the beginning of 2021. President Recep Tayyip Erdoğan and other top officials had repeatedly warned of the need to use water carefully and highlighted the need for a more efficient water management system.

The new action plan aims to introduce measures to increase the efficient use of water and curb the decline in water resources in underground dams. Around 150 dams will be built in line with the plan to prevent the vaporization of underground water. Dams will be built where water preservation is needed, and each is expected to cost up to TL 10 million (around $1.2 million). An underground dam is a structure designed to intercept or obstruct the natural flow of groundwater through an aquifer and provide storage for water. Collected water can be used to irrigate areas just above the surface and used for agriculture. The plan also includes an underground irrigation system which will save at least 40% of water resources in any given area.

The municipalities will be supported in their infrastructure projects to replace old water pipes which cause wastage of water. The plan also includes a public awareness campaign to encourage more efficient use of water for daily needs like bathing.