Drought, pollution may be culprits of seagull deaths in Turkey 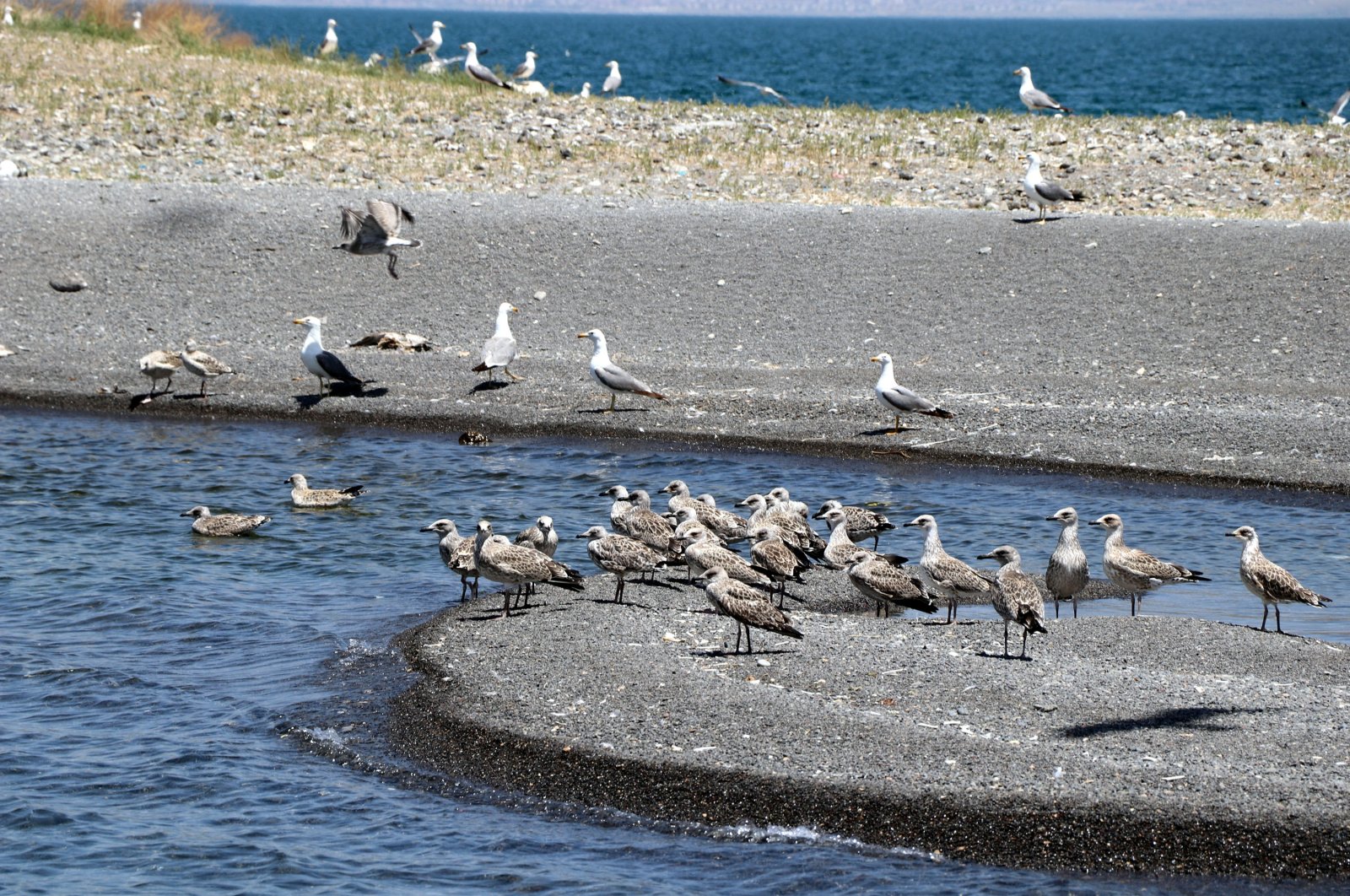 From Van in the east to Istanbul in the northwest, reports of mass seagull deaths have been pouring in since last week. Experts say some may be linked to the drought which cut off food supplies for birds and in the case of Küçükçekmece, pollution might have played a role.

In Istanbul, Lake Küçükçekmece was filled with corpses of seagulls this week, some 10 days after the color of waters turned red and thousands of dead fish washed ashore. Some seagulls were spotted fighting for life on the shore. A repulsive stench engulfed the shores of the lake located on the city’s European side. Municipal crews picked the corpses while birds unable to fly were taken to veterinary services.

A large number of dead seagulls were also found in some parts of a coastline stretching across nearby Bakırköy district littoral to the Marmara Sea. No official statement has been released yet on the phenomenon in both places. In Küçükçekmece, locals claim that factories discharging untreated waste into the lake are behind the deaths of the fish and seagulls likely died of starvation when they could not find any fish to eat.

Last week, local officials took samples from the water in Lake Küçükçekmece to determine the cause of fish deaths. As for Van, lack of pearl mullet is the likely cause of seagull deaths, according to professor Lokman Aslan, head of wildlife protection and rehabilitation center at Yüzüncü Yıl University in the eastern province. Aslan says a change in the number of mullets, an important part of the diet of seagulls calling Lake Van home, led to the deaths. No signs of disease were found in the corpses of seagulls discovered on the two small islands at the lake, as well as a smaller salt lake in the province, Aslan told Anadolu Agency (AA) Wednesday.

“Seagulls mostly mate on those islands and thousands migrate there for incubation late March and early April every year. The change in nature contributed to their deaths. Pearl mullets, migrating to freshwater, are among their food. Due to drought, pearl mullets ended their migration on an earlier date, as waters receded. Seagulls had little else to eat. Most deaths are related to this stress,” Aslan said.

Drought also changed the consumption habits of seagulls as well as other seabirds. In the central province of Konya, drying lakes forced seagulls and storks to find other places, like landfills, to eat. The change is apparent in Akşehir, Düden, Bolluk and Küçük lakes in Konya. These bodies of water, once vibrant with multiple species, from flamingoes to storks are quiet nowadays due to reclining waters.

Osman Nurullah Berk, an academic and consultant to a bird-watching community at Konya’s Selçuk University, says water resources are becoming scarce due to climate change, drought, excessive use of water for irrigation. “Water resources are the main habitat of birds. The situation is particularly dire for migratory birds. They usually stopover here in Konya to rest before migration due to ample water resources but nowadays, they cannot find a full body of water,” he lamented.

Berk told AA that the drought is a looming threat for birds as it is for humans and studies revealed that it has forced birds to change their food resources. “Instead of fish and worms, they now head to landfills, feeding on food waste dumped by humans," Berk said, adding that temperatures outside seasonal norms, another trend worsened by climate change, made migration a challenge for birds. “Birds tend to migrate to places with warm climate late March but sudden drops in temperatures weaken them and some cannot finish their migration. This is evident in the sighting of some migratory birds previously not seen in our country but landed here in a deviation of their migration course,” he noted.