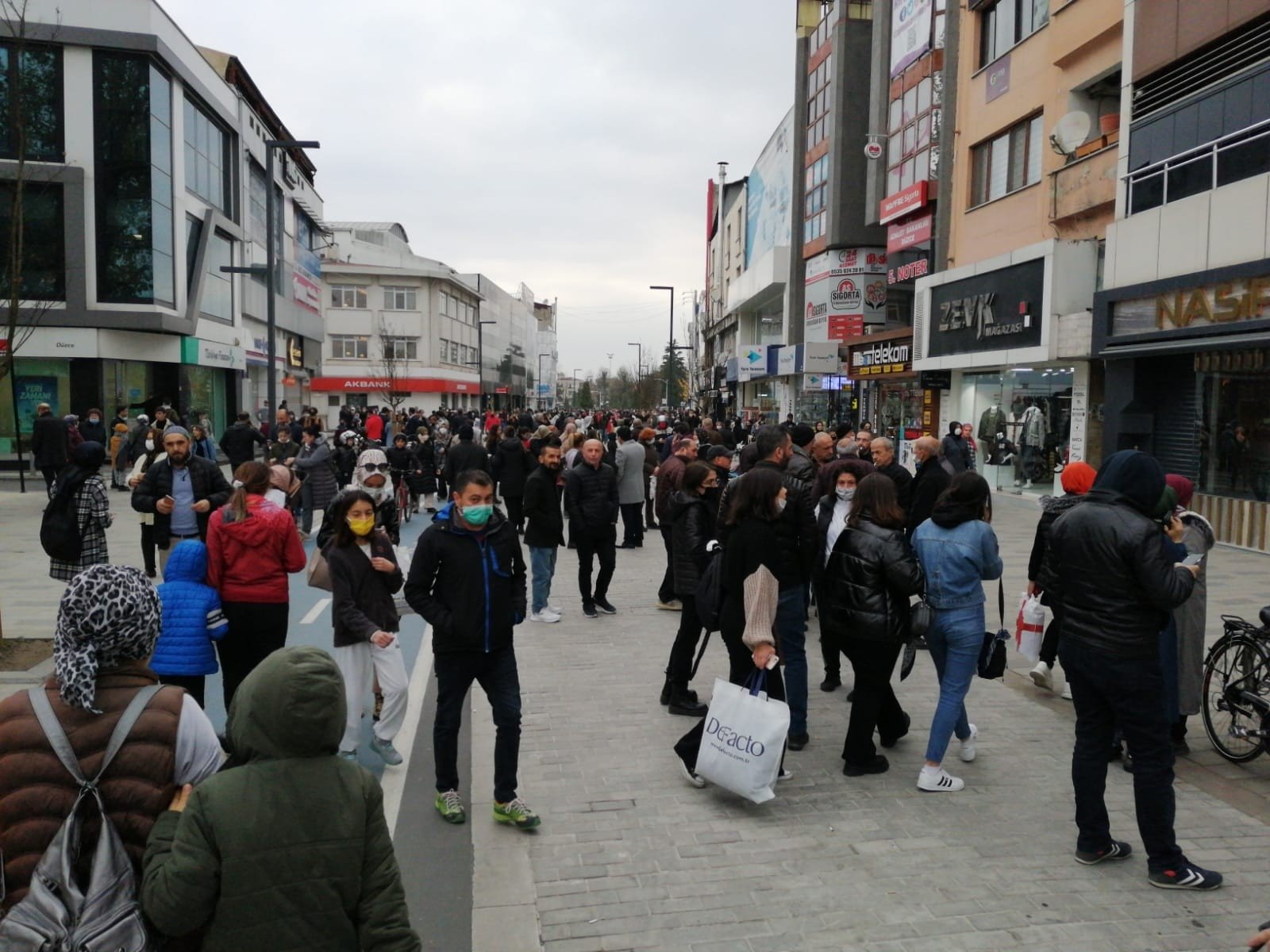 An earthquake shook the northern province of Düzce on Wednesday at around 3:40 p.m. local time. Initial reports say it was a magnitude 5.3 quake but tremors were felt some 215 kilometers (133 miles) east in Istanbul, Turkey's most populated city.

Disaster and Emergency Management Authority (AFAD) tweeted on its official account that the earthquake’s magnitude was 5.0. The earthquake’s epicenter was located in the center of the province while the Istanbul-based Boğaziçi University Kandilli Observatory and Earthquake Research Institute pinpointed it to the village of Yayakbaşı. A second magnitude 4.3 earthquake was recorded by AFAD some 17 minutes after the first.

AFAD said that the earthquake occurred at a depth of 18 kilometers. No casualties or damage have been reported so far in Düzce or other provinces in the vicinity. Interior Minister Süleyman Soylu said in a statement that there were no “negative reports” after the earthquake. Media outlets quoting the province's governor said there was no damage to buildings or casualties after an initial assessment.

On Nov. 12, Düzce marked the anniversary of a 1999 earthquake that killed 710 people in this Black Sea province. The magnitude 7.2 earthquake succeeded another, the magnitude 7.4 earthquake of Aug. 17, 1999 in Kocaeli, west of Düzce, which killed thousands in the wider region. The total death toll in the province after the two earthquakes was 980.

Turkey is an earthquake-prone country and last year alone, AFAD recorded more than 33,000 earthquakes, including 322 with a recorded magnitude of 4.0 and higher. In fact, last year's three deadliest earthquakes all took place in or near Turkey. Forty-one people were killed in eastern Elazığ in January and a month later 10 died in southeastern Van. In October, a magnitude 6.6 tremor struck western Izmir, killing 117 people, while two more died on the Greek island of Samos.

Most of Turkey is located on the Anatolian tectonic plate, which sits between two major plates, the Eurasian and African, and a minor one, the Arabian. As the larger African and Arabian plates shift Turkey is being literally squeezed, while the Eurasian plate impedes any northward movement. Thus, Turkey sits on several fault lines.