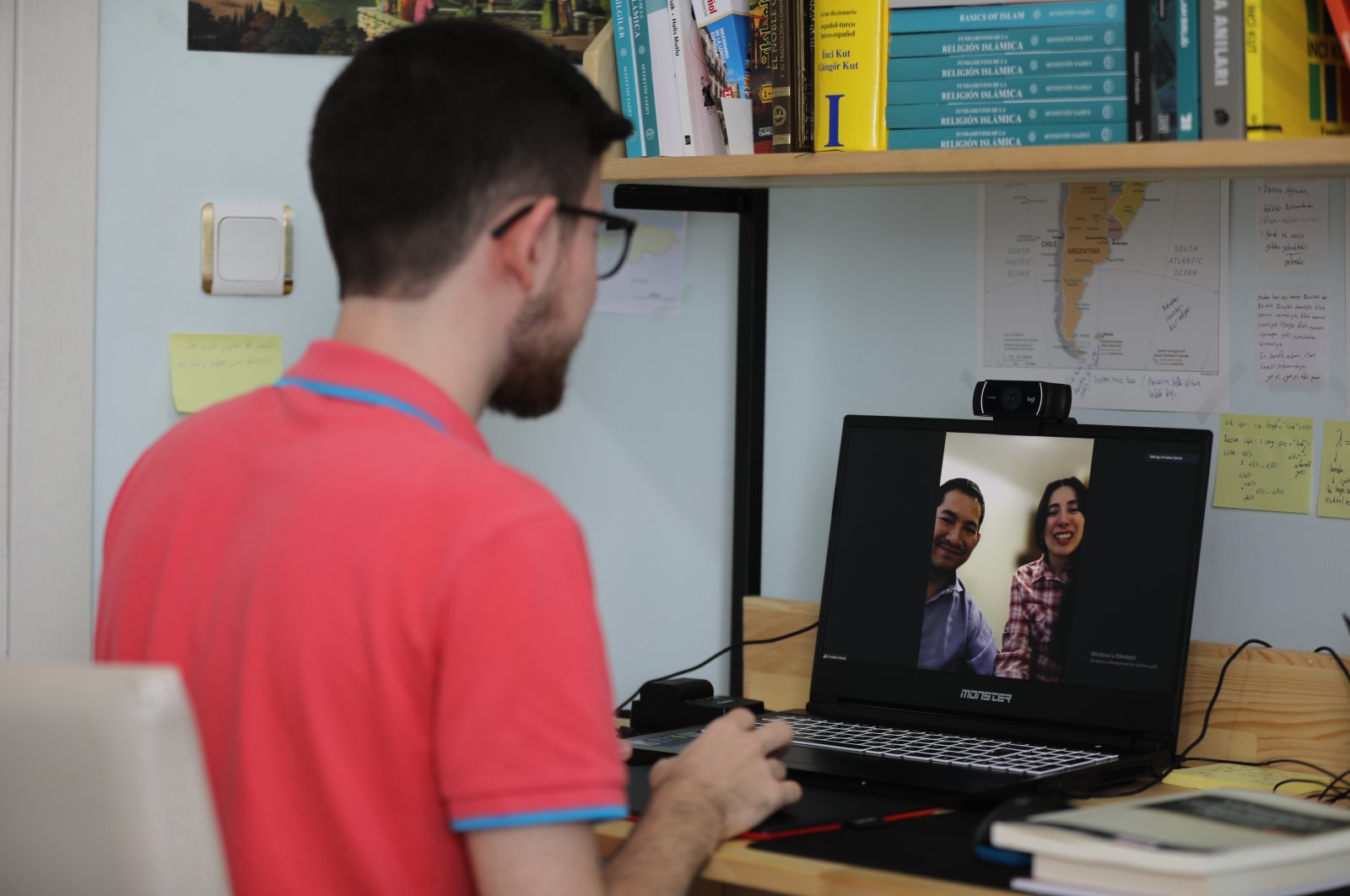 Muhammed Bilal Özyüksel, a 10th grader at an Istanbul high school, does not fit the typical description of a Turkish language teacher. The 17-year-old, however, has written a soon-to-be-released grammar book and is a Turkish language lecturer to the Spanish-speaking diaspora online.

Özyüksel was unaware of his aptitude for the Spanish language until he was admitted to Kadıköy Anatolian Imam Hatip High School in Istanbul, where the language is included in the curriculum. Thanks to an intense Spanish language class, he honed his skills and in a few years was able to translate from Spanish to Turkish and vice versa. His search for online materials to learn Spanish introduced him to the world of Spanish speakers eager to learn Turkish. Tapping into the budding potential, he set up Aprender Turco or “Learn Turkish” to share Turkish learning resources with them. The site quickly gained a following among Turkish enthusiasts from South America and Spain, who take advantage of the basic to advanced level Turkish lessons and exercises. Next Özyüksel launched an Instagram account for the website, where he received mounting requests for private lessons online. Today the high schooler occasionally hosts interactive lessons for his "students," who range from young men like himself to 70-year-olds.

He also penned a Turkish grammar book for Spanish speakers, entirely in Spanish, that will soon be available on an online e-commerce website.

Özyüksel explained that people from South America and other Spanish-speaking parts of the world have tremendous interest in learning Turkish, a passion fuelled by Turkish TV series like "Resurrection: Ertuğrul," which is wildly popular abroad. “I was surfing online to learn Spanish and what started as my interaction with Spanish speakers, turned into an exchange of languages. They started teaching me Spanish and in turn, I was teaching them Turkish,” he told Anadolu Agency (AA). The online classes now reach more people than he ever imagined says Özyüksel, adding that people are surprised when they discover his age. “One day, someone asked me my age and when I told him, he told me that I was same age with his son but he was playing Playstation in the other room while I was teaching him Spanish,” he recounts. At first, he tended not to turn on his camera for online classes because he thought people would be prejudiced against his age. “But they know now that I am teaching Turkish in a professional way,” he said.

On his book, Özyüksel said it was a beginners’ level book that will be published abroad, from United States to Mexico and Brazil. “There were books in this field but they were for people with more advanced command of Turkish. Mine will be the first book to teach Turkish to a Spanish speaker who knows nothing about the language,” he says.