Closed amid pandemic, schools in Turkey to reopen gradually, cautiously 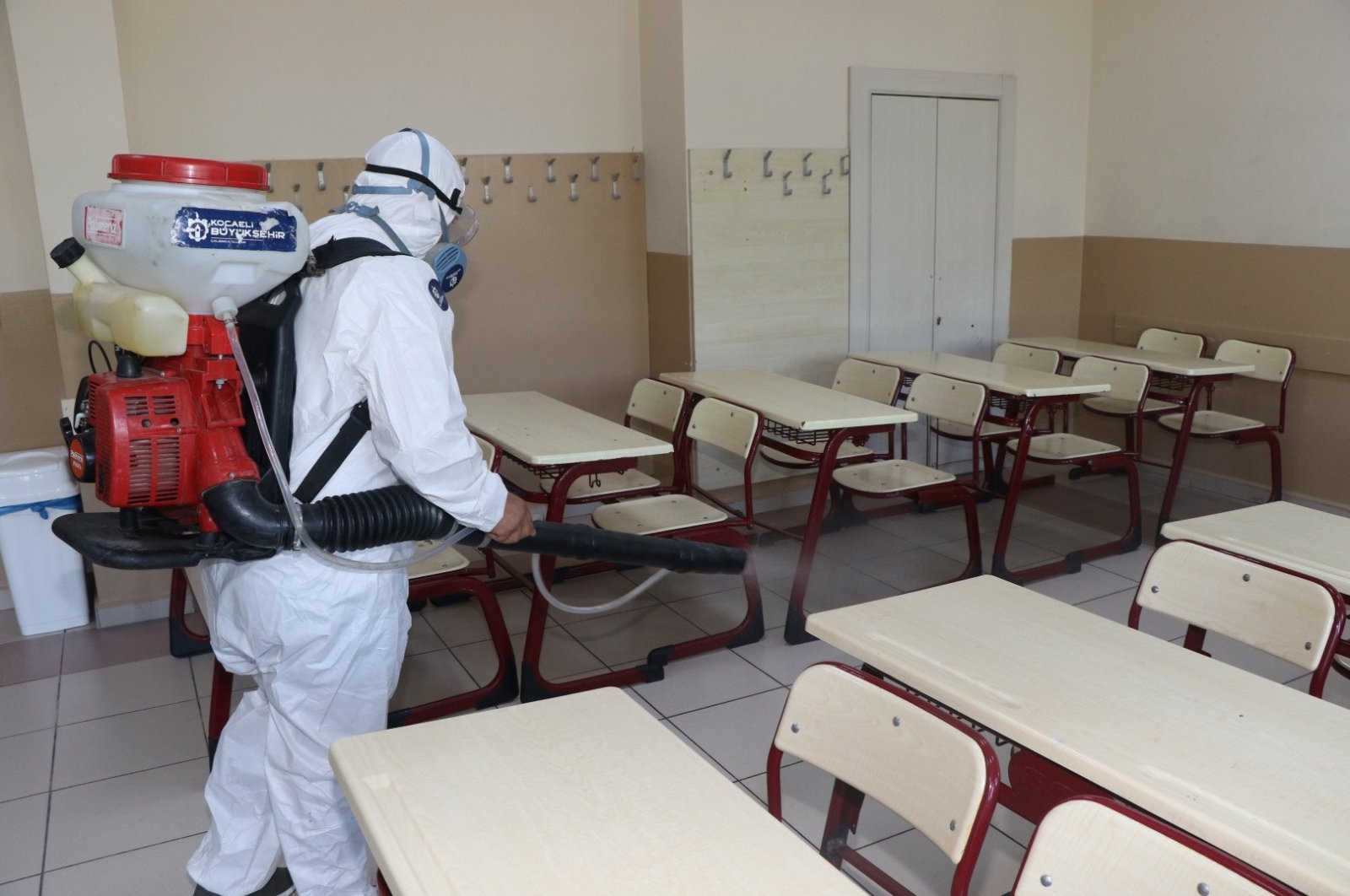 Authorities disclosed much-anticipated reopening dates for schools. The new school year will start with distance learning later this month before switching to regular education in September

As the coronavirus pandemic trends indicate a relative decline, Turkey is set to resume education upon the advice of the Coronavirus Scientific Advisory Board.

The country will start the 2020-2021 school year on Aug. 31 initially with remote education. A gradual return to classrooms is scheduled for Sept. 21, Education Minister Ziya Selçuk said Wednesday.

"COVID-19 pandemic preparations had been made in schools and the decision was taken through the advisory of the Health Ministry," the minister said in a news conference after a meeting of Turkey's science board to discuss measures to combat the outbreak.

Selçuk added that private schools will be able to begin distance education by Aug. 17. "Health conditions of students and parents will be monitored," Selçuk said. The minister noted that a team of more than 2,000 people was created to inspect school campuses across the country.

Schools and universities were shut down in March along with most public spaces as Turkish authorities rushed to prevent the virus outbreak crippling the country's health system.

Last month the Ministry of Education signed a cooperation deal called “Hygiene and prevention of infection guidelines” with the Ministry of Industry and Technology that spelled out an expansive list of precautions that would be taken at schools.

Explaining the deal, Selçuk said precautions were tailored to each school across the country. A team of more than 2,000 people was created for the sole purpose of inspecting the individual specifications of campuses, and the draft measures were approved by the Turkish Standards Institution (TSE). Procedures were then further optimized after discussions with the administrative staff of each campus.

To keep schools informed of any changes depending on the outbreak’s course, a software program was implemented nationwide, which also serves to educate staff on how to properly carry out any newly implemented plans.

In addition, an inspection team was formed and trained in line with TSE guidelines to review campuses throughout the school year for compliance and flag any violations.

A similar guideline was prepared to educate parents and children about how to better protect themselves, as well as offer up-to-date information regarding the ministry’s announcements.

Apart from the Education Ministry’s precautions, another set of measures was announced by the Ministry of Health. In early July, it listed the general precautions that would be carried out across all schools without exception.

Students will have their temperatures checked as they enter campuses, and they will only be allowed in one by one to avoid creating crowds.

Halls will have disinfectant dispensers mounted on walls. Visitors won’t be allowed inside except for urgent situations. Staff will hold meetings via teleconference to avoid gathering in meeting rooms.

Classrooms will have students’ desks spaced 1 meter (3.28 feet) apart, while the general occupancy of the school will be limited at one person per 4 square meters.

Cafeterias will have tables spread out, and students will go there at different times. They will be required to disinfect their hands before and after entering. Food and beverages will be served with disposable plates and cups.

Most private schools, which operate with a lower number of students than public schools, are expected to start the school year next week to make up for time students lost when they were confined at home during lockdowns to prevent the spread of the coronavirus.

Back when Turkey announced its first coronavirus case on March 10, the Education Ministry was one of the government agencies that took the swiftest action by switching to an online education model. Mass disinfection was carried out in millions of schools across the country. Municipality workers clad in white suits went from one institution to another to sanitize the buildings where at least some administrative staff remained to manage the transition to online education and take care of the paperwork.

While the initial phase of the outbreak was worse than expected, Turkey still managed to bring the crisis under control, and facilities had to be ready if the ministry deemed it was safe for students to return to classrooms. That did not come to pass, however, as the government opted to play it safe, announcing that schools would remain shut for the remainder of the spring semester.

On June 19, the 2019-2020 school year was officially declared over, and millions of students for the first time received their report cards online. That did not stop the Ministry of Education from immediately drafting plans for the next school year. They convened regularly with the country’s Coronavirus Scientific Advisory Board to determine necessary precautions while watching daily infection numbers.

The idea that students would return to schools for the fall semester seemed more realistic as days went by. Experts believed that while Turkey’s online education platform was good, it was still vital for children to get used to discipline as they grow up, which the campuses excel at providing.

Parents need classrooms to open as well. Those who still have to go to the office have found themselves in need of a relative or a caretaker to look after their children. Others lucky enough to work from home were not spared from inconvenience either, as parents soon found out it was hard to concentrate while their children turned into bouncy balls because of the unspent energy they had.

While the Health Ministry’s lengthy list of precautions appears to cover everything, the applicability of some of them has been questioned by experts.

One of them is how realistic it is to expect kindergarten or elementary students, children between the ages of 4 and 9, to put on a mask, let alone keep it on for several hours. Some primary school teachers have voiced concerns that it will be nearly impossible to keep them on children, especially the younger ones, as they lack discipline and are unable to comprehend the seriousness of the situation due to their age.

Their concerns are shared by at least one member of the Coronavirus Scientific Advisory Board.

Tevfik Özlü said it would be “really difficult” to ensure compliance with mask and social distancing among younger students. He said a hybrid teaching system where students come to school for a few days and switch to online classes for others would ensure better safety.

The hybrid system could also be the key to another major concern for educators: crowded classrooms. While most provinces across the country have more than enough space to accommodate all students, some schools, especially in remote villages, are trying to figure out how they will distance students from each other without leaving anyone behind.

There are still 632 patients in the intensive care unit, Koca added.

The total number of deaths reached 5,891, the minister said.

A total of 227,089 patients have recovered in the country since the first case was announced in March.

According to Koca, Turkey performed the highest number of daily COVID-19 tests since March 2 as health care professionals conducted 67,237 tests to diagnose the disease over the past day, taking the tally to over 5.45 million.

"The spread of the disease is fast in fixed environments, like inside a family. One infected person means a family being infected. Let's take action for each and every one of us," Koca said calling on the nation to adhere to the rules.