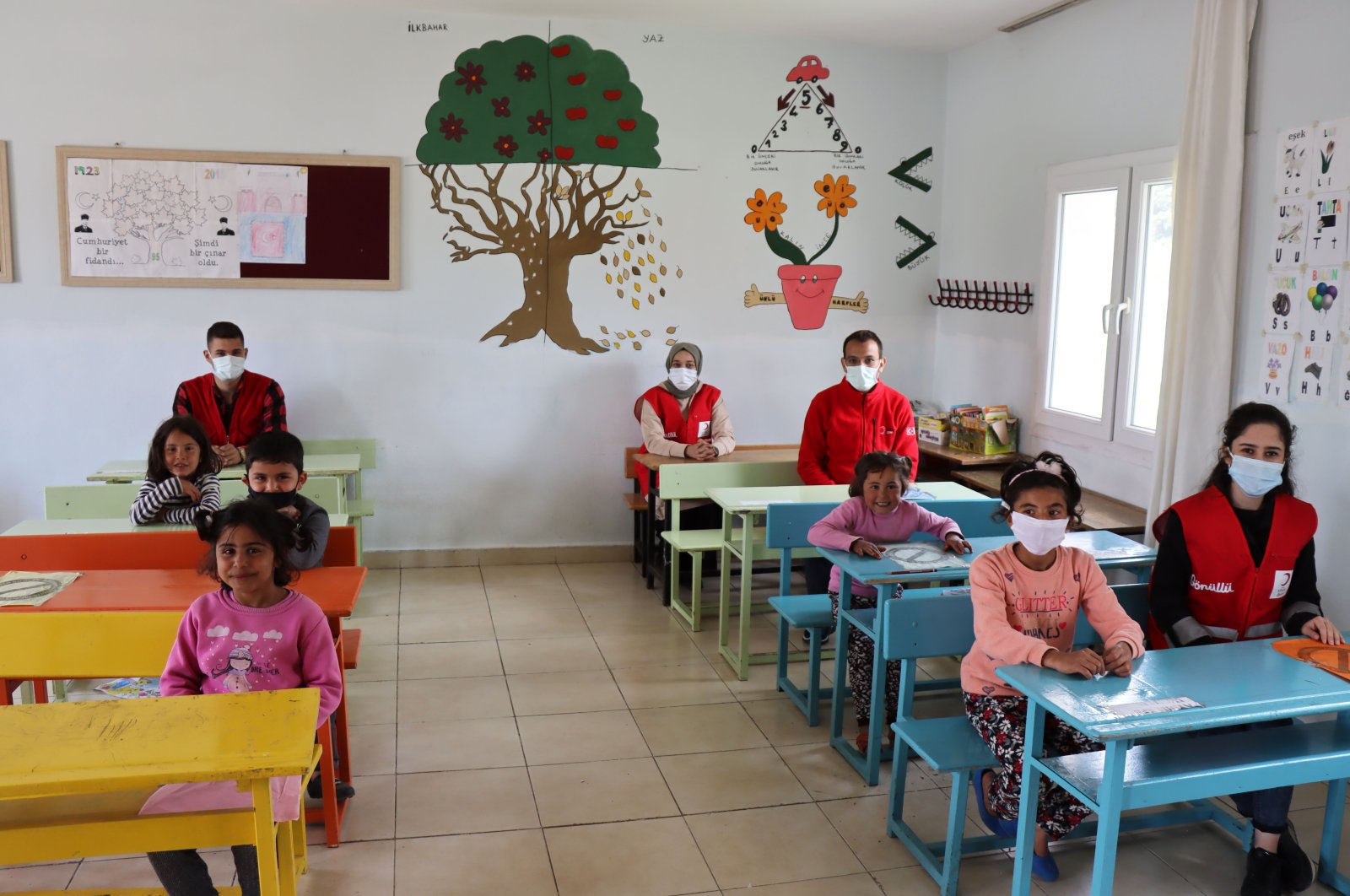 Turkish Red Crescent volunteers and children sit in a classroom in a freshly-painted school in Polatlı village near the Syrian border, Kilis, April 9, 2021. (AA)
by DAILY SABAH WITH AA Apr 09, 2021 12:37 pm
RECOMMENDED

Turkish Red Crescent volunteers in southeastern Kilis province painted the walls of schools in villages of the Syrian border with popular cartoon characters, giving them a more child-friendly appearance.

In an initiative to fulfill the needs of the schools in rural areas, the volunteers carry out projects in collaboration with local authorities and take necessary action.

As part of these activities, the volunteers painted the walls of Ömercik elementary school, hoping to make the school more inviting for the children while also giving it a clean look.

One of the students of the school, eight-year-old Ibrahim Uğurlu expressed his gratitude to the volunteers while underlining that the school looks beautiful.

The head of the Turkish Red Crescent's Kilis branch Sinan Şahinalp said that the organization contributes to education in addition to delivering humanitarian aid and other activities in the health care sector.

"We have also started the delivery of books and children's magazines to the schools in villages," he said.

During the course of the decadelong Syrian Civil War, Kilis bore the brunt of a massive refugee influx fleeing the Assad regime's atrocities and the rule of terrorist groups such as Daesh and the PKK/YPG.

The province was frequently targeted in cross-border rocket and mortar attacks until Operation Euphrates Shield launched by the Turkish Armed Forces (TDK) and allied Syrian groups in Aug. 2016 to drive terrorist groups away from the Turkish border, secure northern Syrian towns for the local populace and facilitate the return of refugees.