From refugee to valedictorian: Syrian woman hails success in Turkey 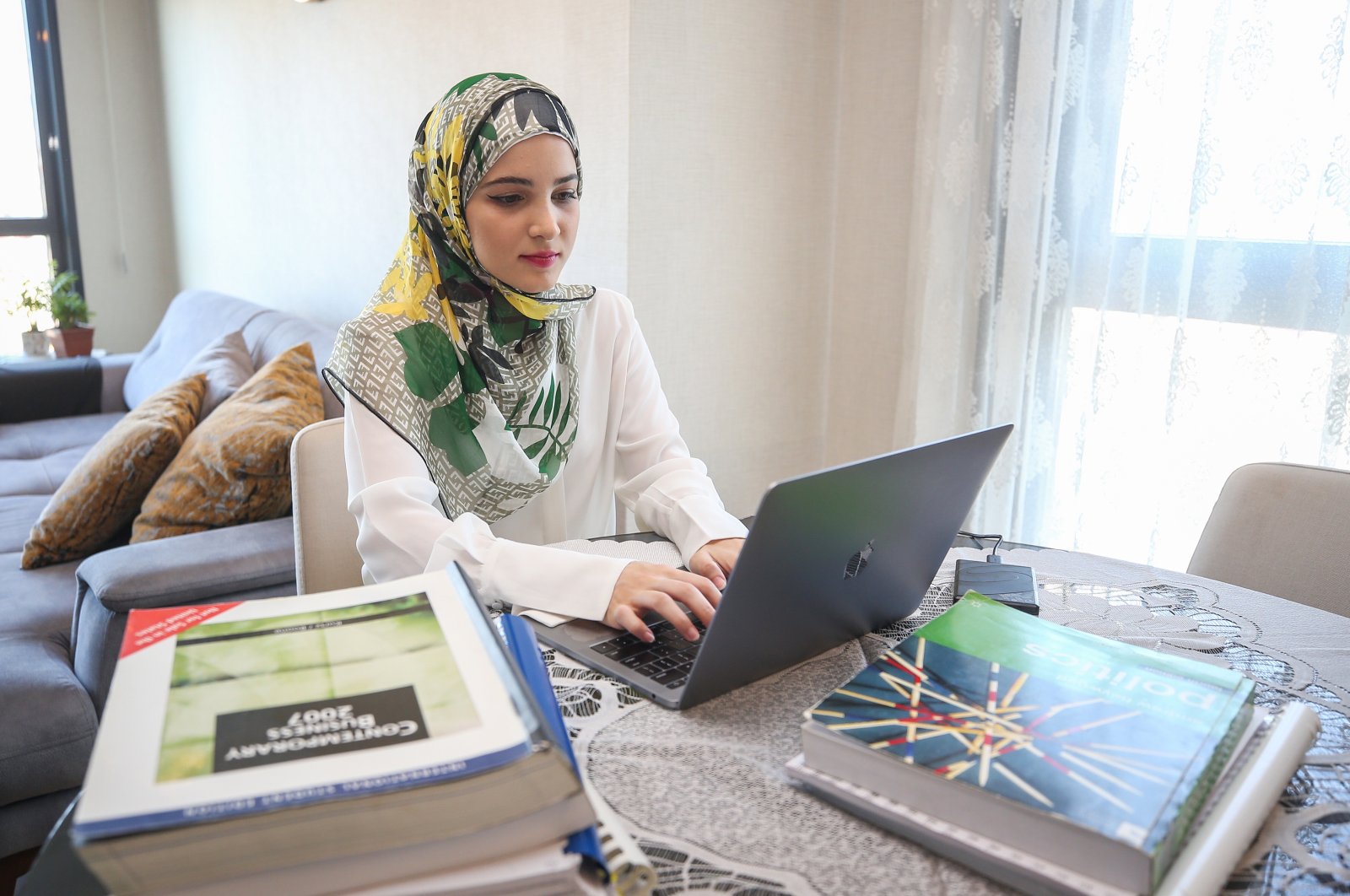 It has been only five years since Yasmin Nayal fled into Turkey from war-torn Syria with her family. The traumatic experience and a new life in a new country she is unfamiliar with did little to dampen her resolve to continue her education. But even she cannot believe she is certified as the most successful student of the Turkish university she attended.

Nayal recently graduated from Bahçeşehir University based in Istanbul with top honors. It is a remarkable feat for the young woman who did a double-major in New Media Studies and Psychology. She is currently studying Political Sciences and International Relations at the same university. She ties her success to her quick adaptation to Turkey and fast learning of Turkish thanks to her Turkish friends.

She told Anadolu Agency (AA) on Friday that she dreamed of graduating with top grades from her department but never thought she would be the student with the highest grades in the entire university.

“I was aware that I was really ahead of others when people started congratulating me,” she says. Nayal’s accomplishment in New Media Studies is the result of her interest in journalism, dating back to her time in Syria. “I love writing so much that people find it impressive. I wanted to do something about journalism and improved my skills here,” she says.

She has a brother studying in Canada and asked her to join him there to study but she chose Turkey. “We have a similar culture and Turkey has a large population of Syrians,” she said.

Nayal’s career plan focuses on journalism and setting up her own media company one day. “I did all I could and the success followed. Even if you are not confident in yourself, you should at least try. One day, you will see how far you’ve gone in this path,” she says.

Nayal laments negative sentiment against Syrian refugees in Turkey and calls them to end their prejudice. “Of course, there may be bad people in every community, along with good people. Rather than generalizing them and focusing on their origins, you should see what these people do. Everyone has a different story,” she says.

Nayal is grateful to Turkey. “I wouldn’t be so successful if I hadn’t come here. I loved studying here and hope one day, I will do something good for Turkey in return,” she said.