Refugee finds his calling in educating young Syrians in Turkey 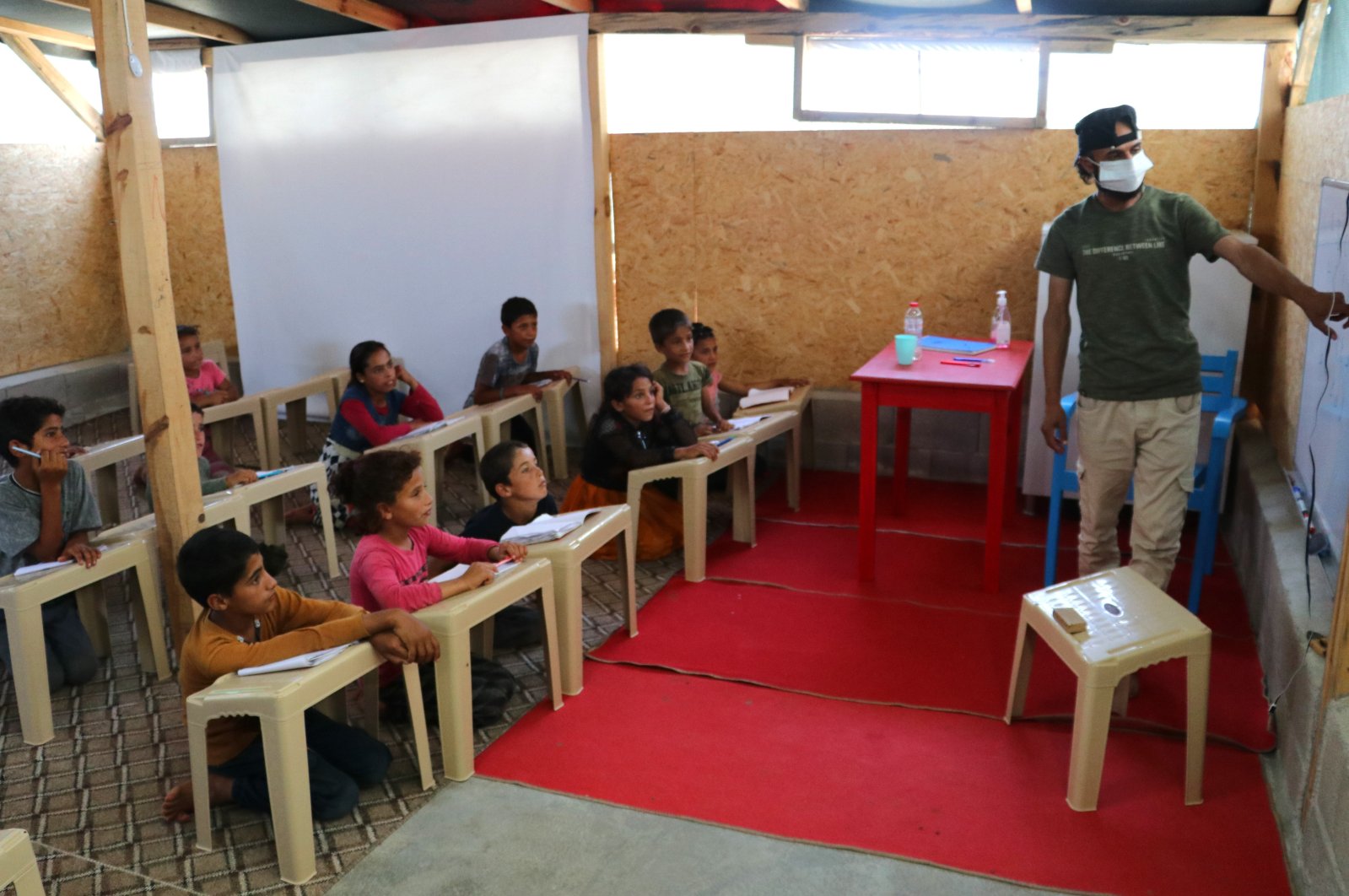 Ahmed Muhemid fled into Turkey from his war-torn homeland Syria eight years ago, joining millions of others from his country who found a safe haven in Turkey.

A law school student, the only job opportunity for him in the southern province of Adana where he took shelter was agricultural work. Yet, his new job also revealed to him a bitter fact: young refugees had to skip school since their parents, working as laborers, had little means or time to send them to school. Muhemid decided to do something and started offering literacy lessons for free for children. His classes, started in the tent where he lived, soon drew the attention of philanthropists. Today he teaches inside a prefabricated unit, complete with a blackboard and small desks.

His “classroom” currently houses more than a dozen students who attend Turkish, Arabic and English lessons. Ogün Sever Okur, a social media activist who organizes donations to the needy through local donors, is also credited with expanding the classroom of Muhemid. Okur was visiting refugees when he came across the tent school. His call on social media to help Muhemid soon found a response. The donations that poured in allowed for a prefabricated housing unit to replace the primitive tent while donors also supplied a blackboard, desks, pencils and other educational material to the children.

“I used to see children playing around here all day. No one was going to school. I decided to do something and started classes in my tent. I was teaching them basic things at first, like hygiene rules, morals and the alphabet,” Muhemid told Ihlas News Agency (IHA). “I am happy to teach something to children, and they like the classes. I am happy to be here in Turkey with them,” he said. Ogün Sever Okur says what Muhemid is doing is “a light burning against a possible dark future for those children.”

Adana, located near the Syrian border, has the fifth-highest Syrian refugee population in Turkey, at around 400,000.

More than half a million Syrian children are enrolled in schools across Turkey, according to UNICEF. At these schools, the children learn the Turkish language as well as other disciplines. Turkey, with the aid of international agencies, strives to address the “lost generation” concerns among Syrian children who started lagging behind in education when the ongoing conflict disrupted their lives.

According to unofficial numbers from 2020, there are more than 1 million Syrian refugees of school age. The country provided access to 230,000 Syrian students to education between 2014 and 2015, the first school year where it started offering education to Syrians at temporary education centers. In 2016, it introduced an integration system for Syrian refugees into Turkish public schools. Currently, 348,103 boys and 336,816 girls attend school in Turkey. More than 27,000 Syrian students also attend Turkish universities.