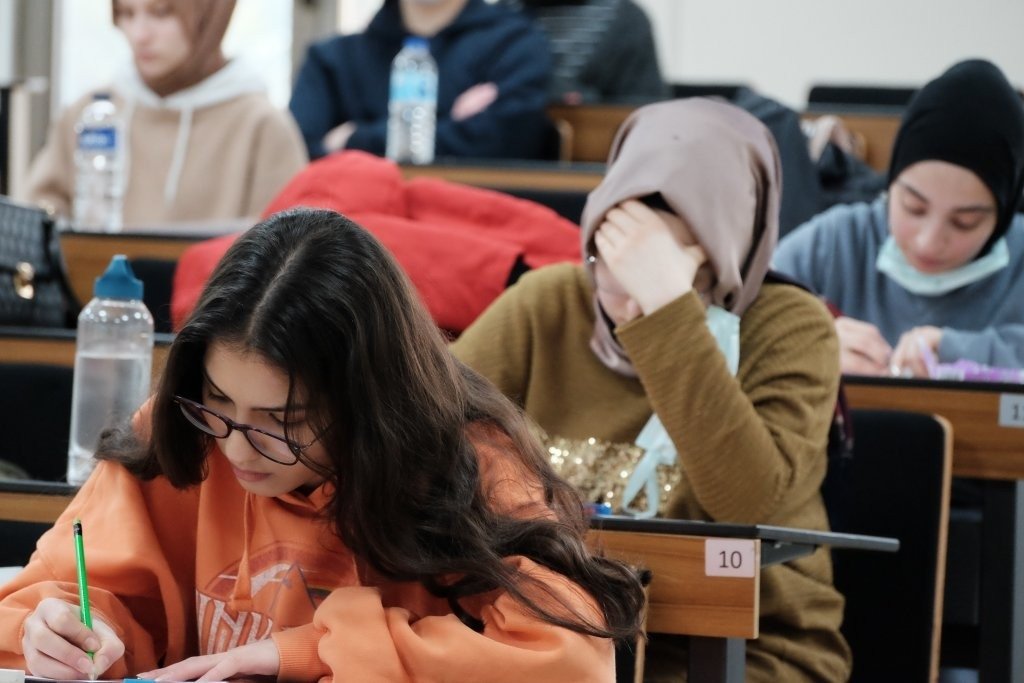 Addressing the nation after the Cabinet meeting held on Monday at the Presidential Complex, President Recep Tayyip Erdoğan announced that they will be eliminating the interest rate and inflation differential for student loans. Students now have to pay just the capital.

Stating that when they acceded, a TL 45 ($2.56) scholarship or loan was given to undergraduates. Now, it is TL 850 for undergraduates, TL 1,700 for a master’s degree, and TL 2,550 for a doctorate. These figures will be increased by the beginning of next year.

Pointing out that the applications of students who want to receive scholarships are evaluated in a fair and transparent system by scanning the data of 12 different public institutions, Erdoğan said: “The repayments of the loans start two years after graduation. If the graduate student is unable to start a job with insurance during this period, they can delay the payment via the e-Government system.”

“Until today, the annual update of loan payments was made according to the change in the Domestic Producer Price Index, not a specific interest rate, and no interest was applied,” Erdoğan added.

“No student has been subject to interest. The recent increase in inflation has led to unexpected figures in student loan updates. Of course, we could not let our young people shoulder such a burden. As a matter of fact, weeks ago, we gave our instructions to relevant authorities and started the work. At our Cabinet meeting a few minutes ago, we decided to make loan repayments only on the loan amount, without any inflation differential or interest. Therefore, the capital,” he said.

Announcing that all young people who are still repaying their student loans will benefit from this application, he added: “With this decision, we have lightened a load of more than TL 26 billion in total. We have also solved the student loan problem of approximately 3,157,000 young people, including 1,049,000 people who will begin to repay after graduation, 812,000 who have received loans but have not graduated yet, and 1,295,000 whose repayments are followed by tax offices.”

The president also stated that Turkey has the most comprehensive system of higher education hostels, student loans and student scholarships in the world.

Erdoğan pointed out that health is the primary field where they carry out the biggest reforms.

“It is our utmost priority that all health care professionals, from their students to their top managers, perform their jobs in peace and security. Among these are students who work overtime, have shifts and actually take care of patients in the last year of the medical and dentistry faculties, like an institutional staff member. In order to reward their efforts and increase their motivation, we have decided to increase the amount of payment, which was one-third of the minimum wage. Now, senior students of medicine and dentistry faculties of our state universities will be paid as much as the minimum wage,” he stated.

The Turkish government also increased its services to youth in many areas. Earlier this month, Youth and Sports Minister Muharrem Kasapoğlu announced that people between the ages of 18-25 will have the right to enter museums and archaeological sites primarily free of charge in Turkey until Oct. 1.

On top of that, after a Cabinet meeting, Erdoğan stated that dormitories managed by the Credit and Dormitories Institution (KYK) would be free of charge for all young people between the ages of 18-25.