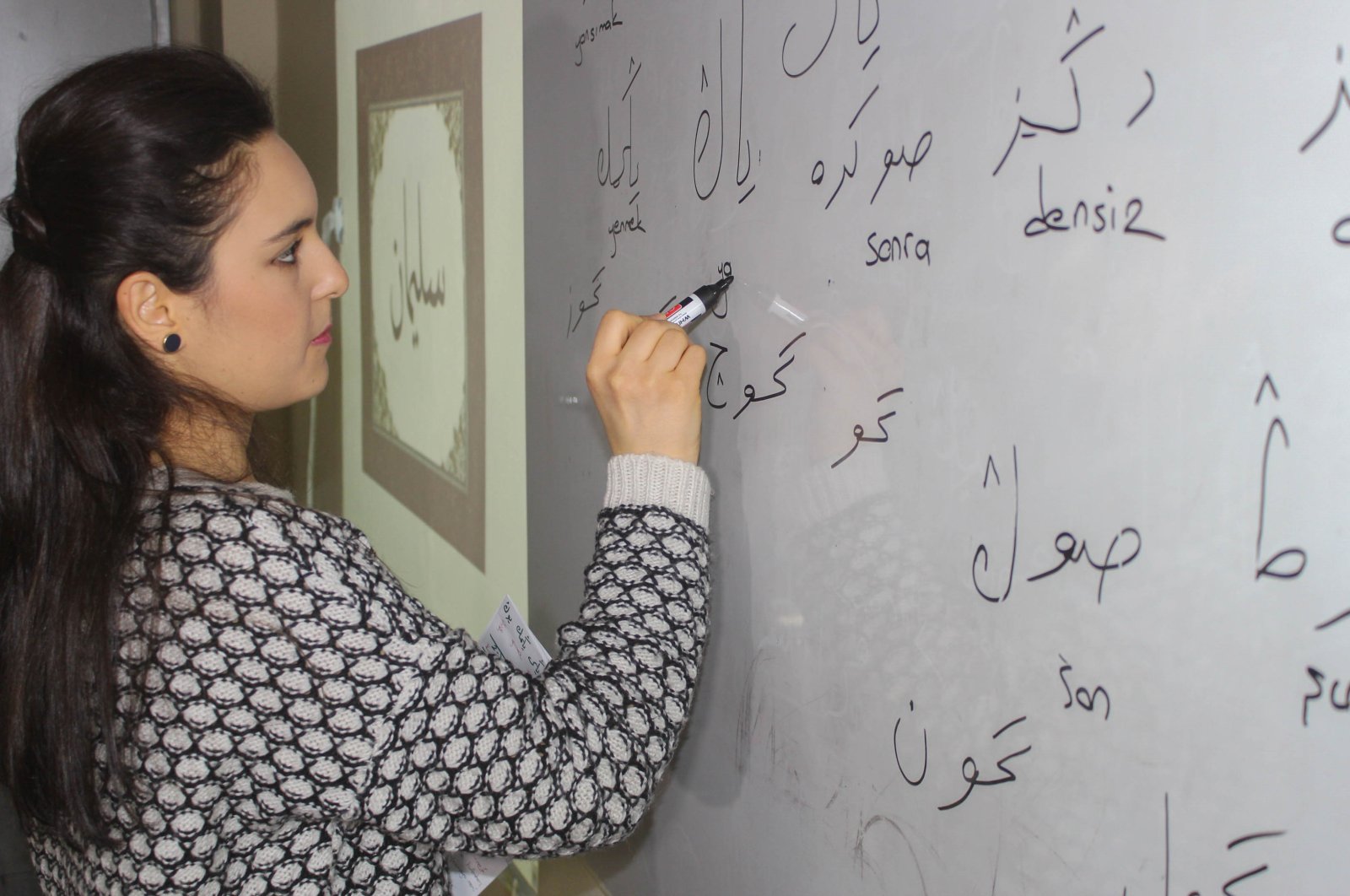 Turkish classes are popular among foreigners, as the language finds newfound popularity thanks to its widely available TV series and the country's rise in the international community. (Shutterstock Photo)
by DAILY SABAH WITH AA Sep 26, 2021 2:23 pm
RECOMMENDED

Learning Turkish is becoming popular in the world, and foreign students in Turkey are seeking to polish their skills, on their own and with a little help from Turkey.

Aiming to improve the Turkish language skills among Arab students in Turkey, a group of Yemenis took the initiative to establish the Lisan Club, a voluntary initiative affiliated with the Academic Committee of the Yemeni Students Union in the country. Ahmed al-Amri, the club's head, told Anadolu Agency (AA) that it was established in April in the Selçuklu district of Konya province, south of the capital Ankara. In addition to some in-person classes, the club has organized online lessons for a period of two months in order to improve the Turkish skills of Arab students amid restrictions imposed to stem the spread of the coronavirus pandemic.

"The club has four different classes to develop conversation skills in Turkish for students from Yemen, Syria, Sudan, Somalia, Iraq and Palestine," he said. The Turkish language is widespread across the world and is spoken in various dialects and accents throughout Europe and Asia. Al-Amri said the initiative has attracted 50 students, including 20 women, for two lessons a week.

The initiative was welcomed and supported by the local community as the municipal Youth Education Center of Konya provided venues, while the International Students Association and Turkish and Foreign Languages Research and Application Center (TÖMER) provided volunteer teachers. Al-Amri said the initiative provides Arabic lessons to local students as well. Twelve such students attend weekly lessons to boost their Arabic conversation skills.

Asmaa Faihan, a second-year Iraqi student in the Faculty of Islamic Sciences at Selçuk University in Konya, said the initiative provides an important place for students to exchange cultures and learn from each other. "I faced great difficulty in making conversation with the locals. Knowing the grammar rules was not enough to speak. The conversation lessons provided by the club were really very useful to me," Faihan said.

Before joining the club, Faihan said she was "very confused when speaking to locals," but after taking advice from the teachers at the Lisan Club, "I have almost overcome the stage of confusion and I can interact with the locals more easily." Faihan added that learning how to deal with local people provided her with a deeper understanding of Turkish culture too.

Every year, Sept. 26 is celebrated as Language Day in Turkey as it is the anniversary of the first Turkish Language Convention in 1932. The Turkish language is part of the Turkic family of languages, which includes Azeri, Turkmen, Tartar, Uzbek, Baskurti, Nogay, Kyrgyz, Kazakh, Yakuti, Cuvas and others. The Turkic languages themselves belong to the Altaic branch of the Ural-Altaic family of languages, and thus are closely related to Mongolian, Manchu-Tungus and Korean.