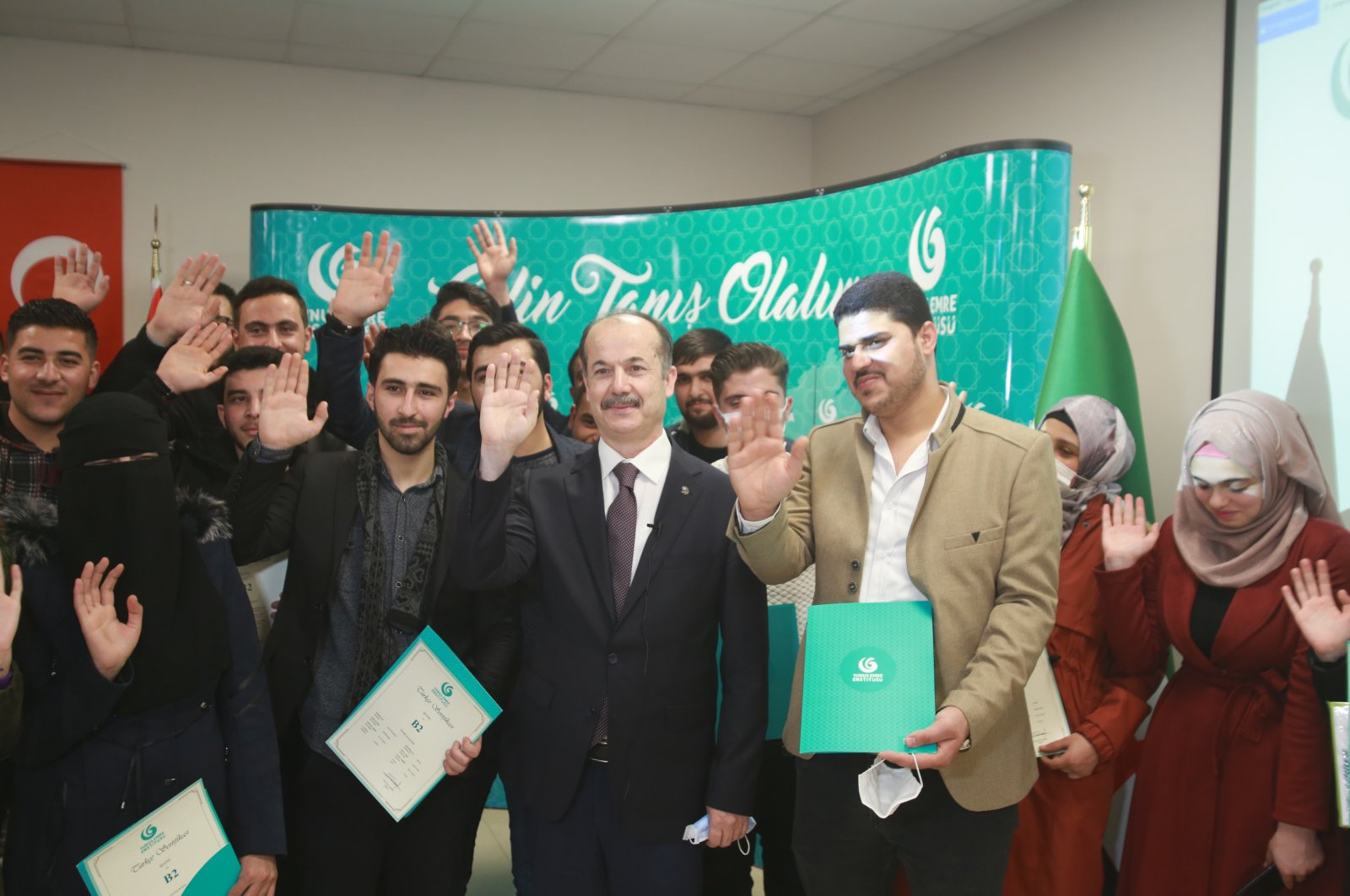 A total of 75 students who attend a Turkish-run medical school in northern Syria graduated from a preparatory Turkish-language program on Thursday run by Turkey’s Yunus Emre Institute (YEE).

A ceremony was held to present Turkish language certificates to students in Syria’s al-Rai, where the program is located. The YEE cooperated with Turkey’s Health Sciences University, which set up the al-Rai Faculty of Medicine and the program to teach the young medical students Turkish.

Speaking at the ceremony, YEE President Şeref Ateş said a safe future awaited Syria and that the endeavors of young generations were crucial to ensure it. He said the YEE prioritized work in Syria, noting that the strong ties between the two countries were rooted in history and a shared culture.

Razan al-Qadri, who received his Turkish certificate, said they were grateful to the YEE for contributing to the education of Syrian students by providing the opportunity to learn a second language. “I dream of being a successful doctor in the future,” he added.

Turkey, which helped in al-Rai’s liberation from terrorist groups, opened a Faculty of Medicine and a two-year medical college in the town.