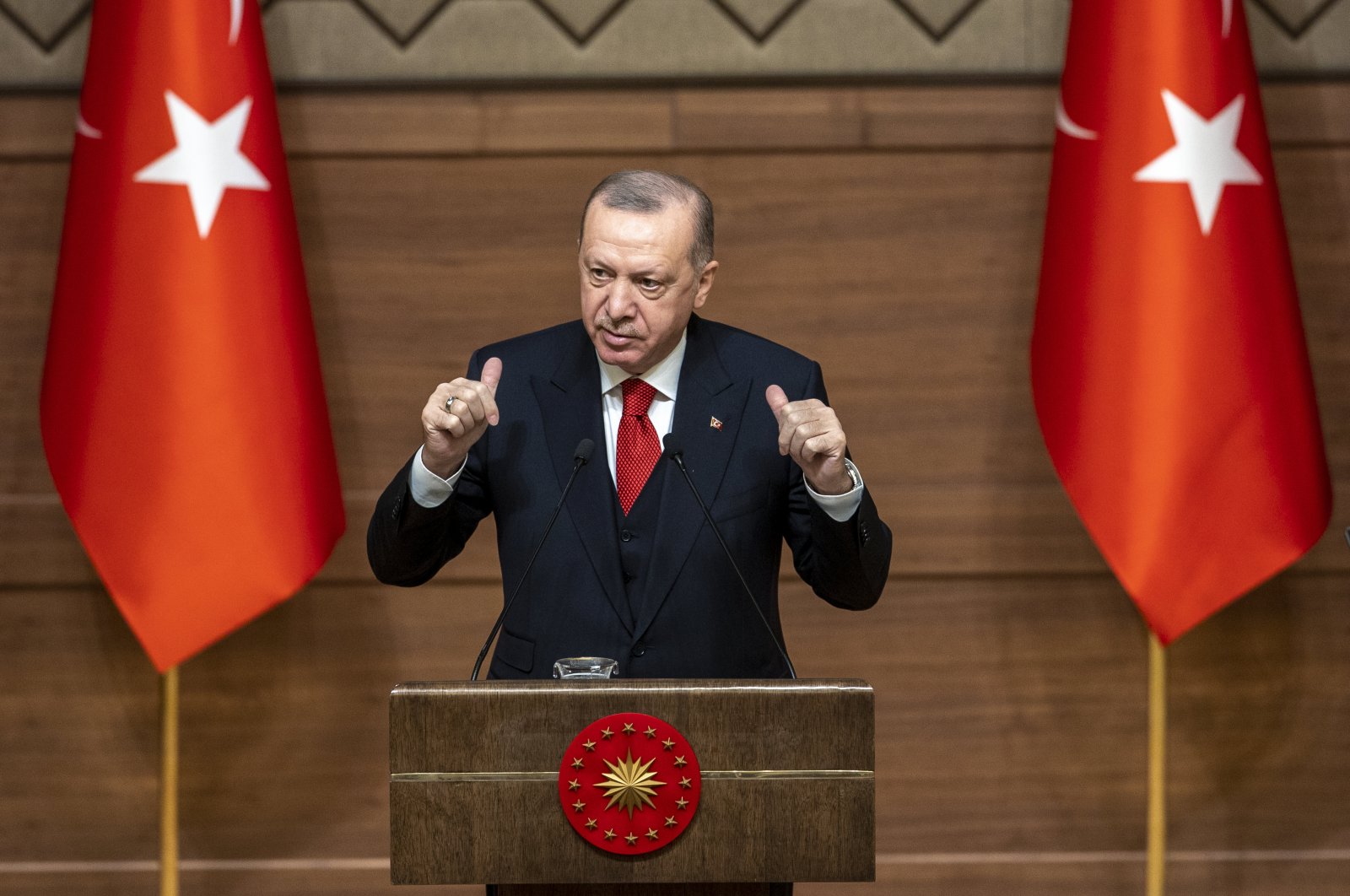 President Recep Tayyip Erdoğan on Thursday made a public call for compliance with measures against the novel coronavirus on New Year's Eve as the world continues to grapple with the COVID-19 pandemic.

"I want every member of my nation to support the fight against the pandemic by following the rules, especially on New Year's Eve," Recep Tayyip Erdoğan said in his New Year message, according to Turkey's Communications Directorate.

Erdoğan said 2020 was a year with many challenges, especially the pandemic and COVID-19 took its place in history as the largest health crisis of the last century.

He reiterated that thanks to its strong health infrastructure and timely measures, Turkey has overcome the most critical stage of the pandemic.

The president stressed that Turkey's bed capacity in intensive care units equals that of Europe's and added that the country also established two emergency hospitals with over 1,000 beds each during the pandemic.

Erdoğan added that Turkey provided free-of-charge service to the nation at all stages of health care, unlike other countries.

Noting that the pandemic is likely to continue for some more time, he said, "We are preparing our country for this uncertain future by attaching importance to efforts for vaccine supply."

On Turkey's efforts to support its economy during the pandemic, the president said the value of all stimulus packages that the country has rolled out since the beginning of the outbreak reached 10% of the national income.

The country introduced special programs for all sectors and provided nearly TL 45.5 billion (over $6 billion) financial aid to the nation.

In addition to the efforts at home, Turkey also worked for citizens living abroad and carried out the largest evacuation campaign in the country's history by transporting over 100,000 people from 141 countries when the borders were closed due to the pandemic.

A total of 233 people, who could not be treated where they live, were also brought to Turkey via air ambulance, Erdoğan said.

Since the start of the pandemic, Ankara has sent medical supplies to 156 countries and 11 international organizations, he added.

Marking other outstanding developments in 2020, Erdoğan said the country in July converted historical Hagia Sophia back into a mosque and opened for Muslim worship after 86 years of hiatus.

"We have discovered the largest natural gas resource of our history with 405 billion cubic meters of natural gas reserves in the Black Sea," he said, adding that he also expects to get "good news" from the drilling activities in the Eastern Mediterranean.

Victories in Libya and Nagorno-Karabakh in Azerbaijan were other gratifying developments in 2020, he said and marked Turkey's role in those achievements.

He recalled Turkey's support for Libya's legitimate government against putschist Gen. Khalifa Haftar upon the government's invitation and said Ankara supported Azerbaijan both financially and morally against Armenia's occupation.

Erdoğan said despite the restrictions forced by the pandemic, he made 25 domestic and 14 foreign visits to serve the Turkish nation.

"In all the meetings we attended, besides defending the interests of our country, we also raised the issue of rising Islamophobia in the West," he said, adding that the meetings included the G-20 Summit in Riyadh, Saudi Arabia and the 75th session of the U.N. General Assembly under the presidency of Turkey's Volkan Bozkır.

On Turkey's economic growth, Erdoğan said the country continued investments and services during the pandemic and achieved a growth rate of 6.7% in the third quarter of 2020.

"We are in preparation for reforms that will strengthen our economy and raise the level of democracy, rights and freedoms," he said.

Erdoğan said he wishes the year 2021 would bring security, peace, happiness, health and welfare for all humanity.