Ertuğrul remembered in Turkey at birthplace of Ottoman Empire 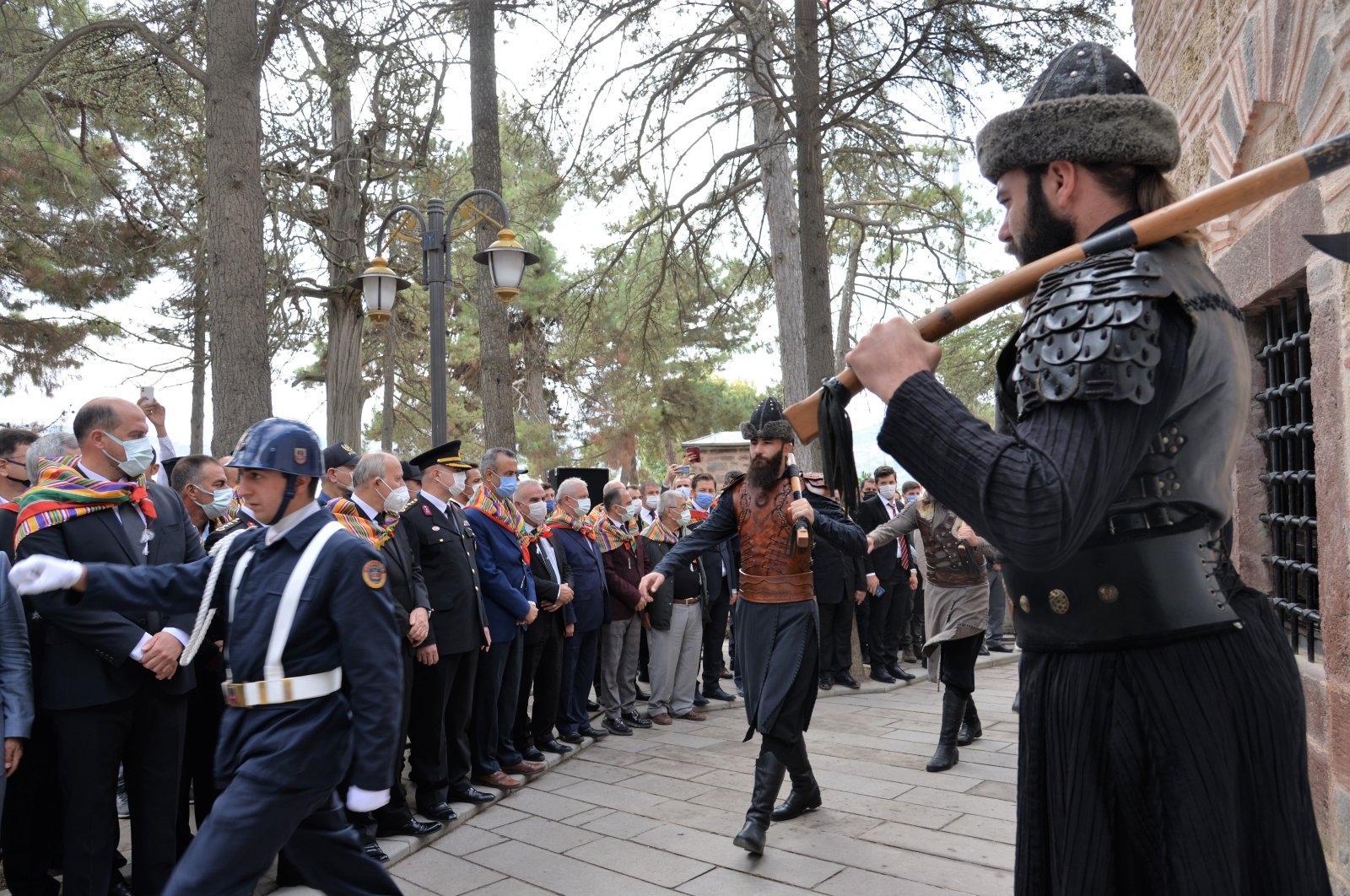 A two-day event to mark the anniversary of Ertuğrul Ghazi's death and celebrate nomadic Turkish culture kicked off in western Turkey on Friday. The event honors the legacy of the 13th century chieftain whose life found newfound interest thanks to the popular Turkish TV series “Resurrection: Ertuğrul.”

Little is known about the life of the iconic figure who was the father of Osman I, founder of the Ottoman Empire, but it is believed he passed away in 1281 in Söğüt, the last stopover of the Kayı tribe the Ottomans originated from. The events are being held in the town, which is now part of Bilecik province.

A group of local dignitaries and lawmakers, along with a crowd whose size was small due to COVID-19 measures, gathered at Ertuğrul’s tomb for the first chapter of the event, which started with a wreath-laying ceremony, recitation of the Quran and the national anthem. Another ceremony was held at a monument dedicated to historic figures of Turkey.

On Saturday, ministers and politicians are scheduled to attend another event in Söğüt, while Yörüks, nomadic Turks who trace their roots to the early nomads of Anatolia like Ertuğrul, were not invited to this year’s commemoration and celebrations because of COVID-19 restrictions. President Recep Tayyip Erdoğan also issued a message on the occasion. In his message delivered by the Turkish Presidency’s Communications Directorate, Erdoğan said they would work hard to keep Anatolia “Turkish land forever.”

“Under the shadow of the giant plane tree Ertuğrul Ghazi, one of the most important leaders of the Turkish people, and his son Osman Bey erected in Söğüt, a reign began. Turning a small dominion into a big state and for centuries, it reigned with justice and enabled a safe and peaceful life for societies of different origins. Exemplary state order and the unity of our nation maintained by our ancestors throughout the history is our most valuable inheritance and we walk toward our future with decisive steps by standing by our deep-rooted civilization and glorious history,” Erdoğan said.