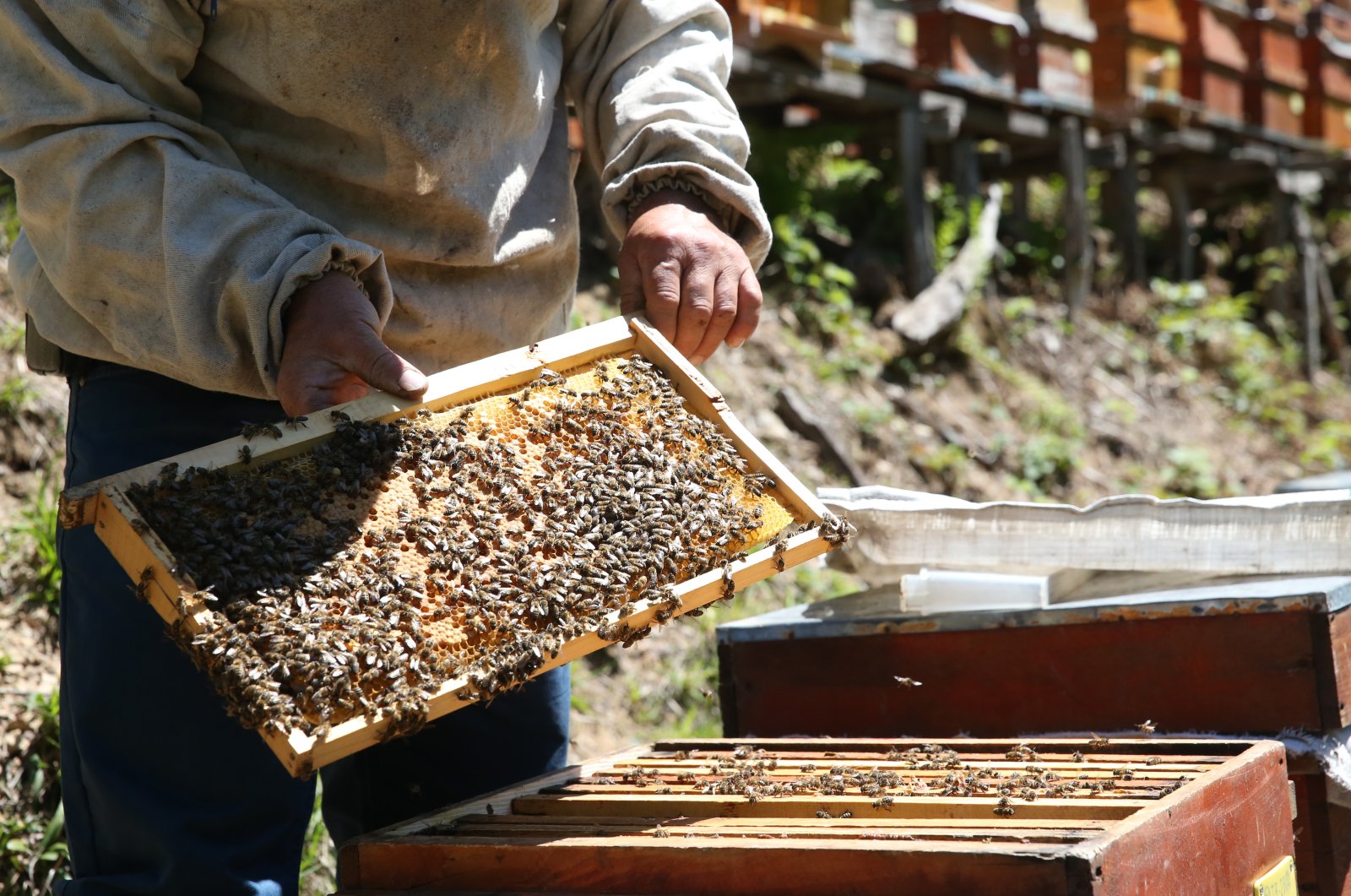 Turkey has been witnessing a concerning reduction in bee populations across the country, and according to experts, excessive pesticide use and climate change could be the culprits in mass colony disappearances.

Speaking to Anadolu Agency (AA) on Monday, the head of Turkey’s beekeepers association said that shifting climate patterns combined with dangerous amounts of pesticides being used by farmers were causing whole colonies to be wiped out across the country, and provinces such as southern Adana and central Konya were hit especially hard.

“Changing climate patterns due to global warming are causing mass deaths in bee populations. Meanwhile, reckless use of pesticides in farming is also negatively affecting honey making. Using pesticides harmful to bees should be outright banned, or beekeepers and farmers need to be brought together to come up with a solution,” Ziya Şahin told AA.

“Pesticides should not be used when flowers are blooming. And when the blooming period is over, they should only be used during the early morning or at night because every mistake is leading to deaths in bee colonies,” Şahin added.

According to Şahin, while the exact number remains unknown, it is estimated that around 30% of bees in colonies in Adana and Konya provinces were lost due to pesticides.

“This leads to colonies failing to produce honey,” he said.

Voicing similar concerns, the head of the Istanbul Beekeeper Association blamed farmers for ignoring advice on pesticide use.

“The Ministry (of Agriculture and Forestry) is trying to take necessary precautions when it comes to pesticides, but our farmers have this ‘I know better’ attitude. Our farmers need to be careful,” Onur Çilenk said, adding that the number of bee losses in Istanbul has increased by 50% compared to last year.

The rapid drop in bee populations is not a problem exclusive to Turkey, however, as many countries across the world have been reporting the collapse of colonies for the past several years.

While the exact nature of the phenomenon known as colony collapse disorder has eluded scientists for years, they suspect pesticides play a big role. According to two separate studies conducted by British and French scientists, even low doses of widely used pesticides can harm bumblebees and honeybees, interfering with their homing abilities and making them lose their way.

And there is a tremendous incentive to solve the mystery behind the collapses as according to a 2016 report by the U.N., between $235 billion to $577 billion worth of annual global food production relies on direct contributions by pollinators such as bees.

“The loss of bee colonies has several causes, namely the varroa mite, viruses, pesticides, climate change and other stress factors for bees. Not surprisingly, the collapse of colonies leads to a reduction in pollination rates and honey production, which reflect on the economy,” said Sibel Silici, a professor of agricultural biotechnology at Turkey's Erciyes University.

“The mass bee die-offs have cost somewhere between $24 million to $36 million to the economies of Austria and the Czech Republic in 2017, for example. The honeybees are important pollinators of crops and wildflowers. Therefore, the losses will have consequences for agriculture that will far exceed expectations,” Silici warned.