Pesticides could be turning bees into insomniacs, studies suggest 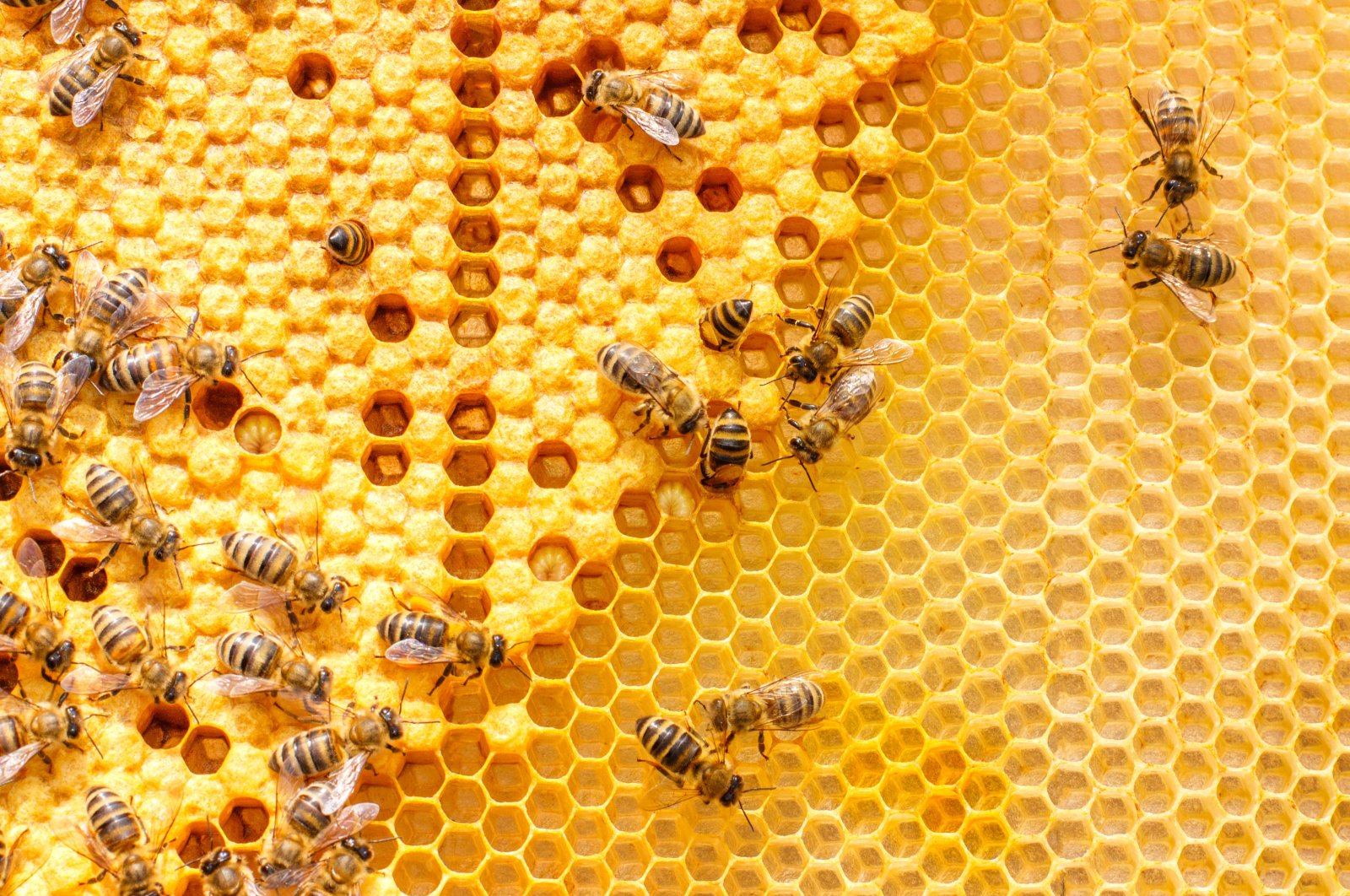 Bees, like the ones seen on this honeycomb, do the majority of their foraging during the daytime, when flowers are readily available. (Getty Images/iStockphoto)
by DAILY SABAH Jan 24, 2021 11:11 am
Edited By Irem Yaşar
RECOMMENDED

For years, studies have been warning of the negative impact of pesticides on pollinators, but even the chemicals that don’t directly kill the bees may be drugging them and leaving them too drowsy to show up for work.

Two new studies out of the University of Bristol show that a widely used pesticide is throwing off the sleep schedule of bees and flies, and their sleep deprivation is causing a serious hit to their nectar intake, according to a report published Thursday by CNN.

The effect of neonicotinoids, a commonly used pesticide, on bumblebee behavior was the focus of one of the studies. Researchers gave the bees nectar laced with the pesticide – at a dosage the bees would encounter in the wild – and then tracked their movements.

The effect was undeniable. The substance effectively put the bumblebees on a sort of night shift, increasing their foraging at night, when flowers aren’t available, and causing them to doze off during the day, when they would normally be collecting the most nectar.

Kiah Tasman, one of the lead authors of the study, told CNN: “It seems to disrupt the body clock in foraging bumblebees – they forage much less, more of that foraging is happening at nighttime, and they are sleeping a lot more in the daytime. It's causing a mistiming of their normal behaviors.”

"If the time where they are managing to go out and forage is at nighttime when flowers aren't available, that's going to hugely reduce how successful they are at collecting the food that the colony needs to grow and reproduce," said Tasman, a teaching associate at the University of Bristol's School of Physiology, Pharmacology and Neuroscience.

Tasman said this “sluggish” behavior and decrease in foraging motivation, which has been observed in other studies as well, could have devastating impacts on pollination.

Humans and many other species rely on pollinators like bees and flies to help our plant-based sources of food – such as fruits and vegetables – reproduce. According to the World Wildlife Fund (WWF), almost 90% of plants and 75% of the main global crops depend on pollination by animals.

To put it another way, pollinators are responsible for one in three bites of food we take, the U.S. Department of Agriculture says. The drastic decline in bee populations across the globe, therefore, is cause for serious concern.

A second study published Thursday in the journal Scientific Reports focused on the effects of neonicotinoids on flies. Researchers monitored the flies with infrared beams after exposing them to the common pesticide.

The experiment revealed that the neonicotinoids target the cells in the brain that run the flies’ body clock, confusing them about when they should be awake or asleep, and ruining their memory.

Tasman said the effect observed in the flies is probably very similar to what is taking place in bees. "It looks like these pesticides freeze these cells in a daytime shape, so the body doesn't know if it's daytime or nighttime," she said.

Study co-author Sean Rands, a senior lecturer in Bristol's School of Biological Sciences, said in the findings, "Bees and flies have similar structures in their brains, and this suggests one reason why these drugs are so bad for bees is they stop the bees from sleeping properly and then being able to learn where food is in their environment."

The studies provide key new insights into how exactly pesticides are affecting pollinators. It may also shed new light on how pesticides might be made to target specific pests, Tasman said.