A guide to 2020's most popular diet trends for fitness 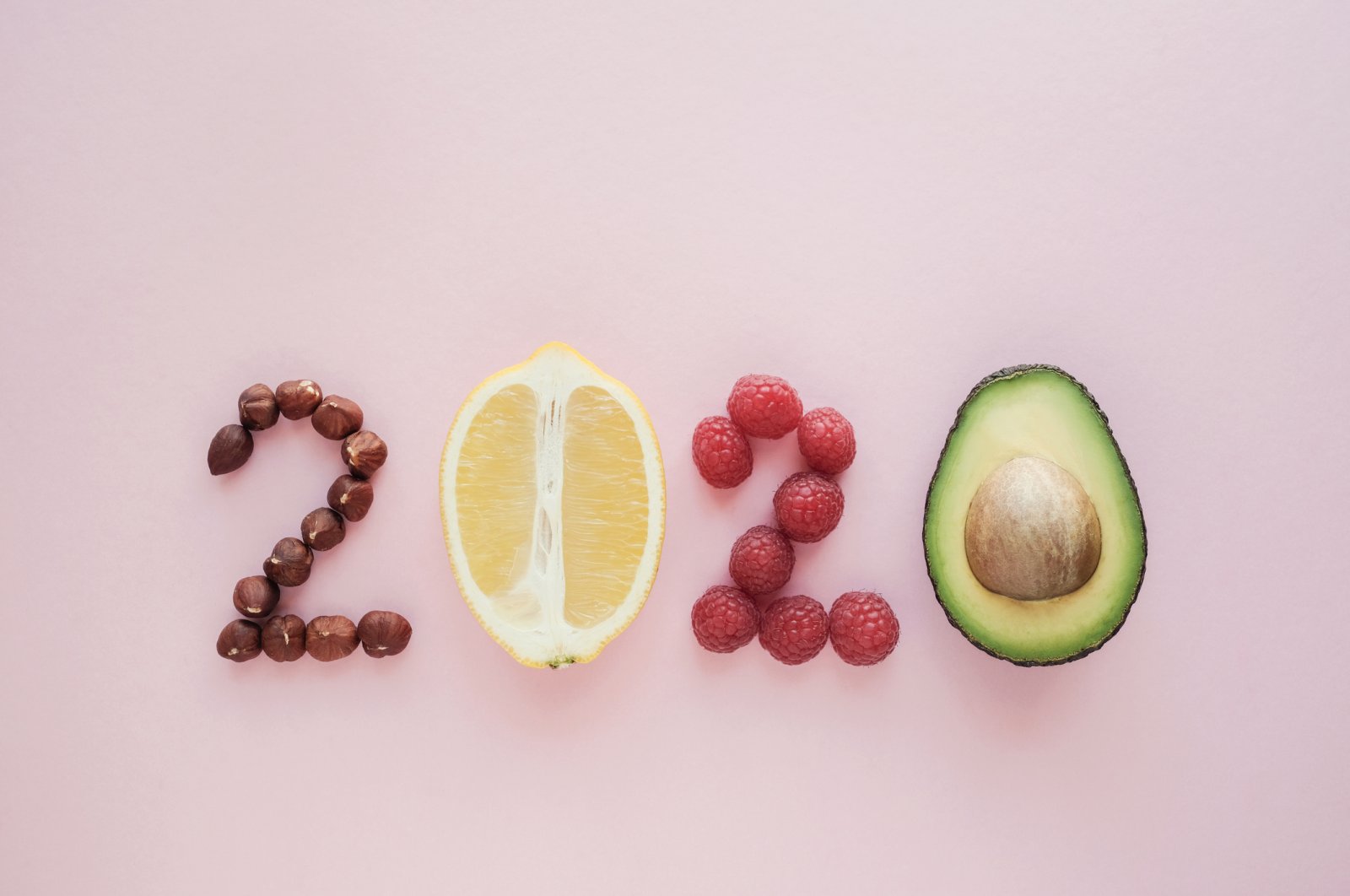 2020 has not been kind to us, as evident from the fat rolls most of us are now wearing around our bellies. (iStock Photo)
by Leyla Yvonne Ergil May 28, 2020 11:37 am
Edited By Yasemin Nicola Sakay

People are always intrigued by the latest trends when it comes to losing weight fast, and this has become especially true with all the time spent sitting idle and stuffing our faces while in lockdown. So, let's review some of the top diet trends quarantiners have turned to thus far

One of the greatest challenges faced by people all over the world who have spent the past couple of months self-isolating at home has undoubtedly been the few extra pounds they've put on from not getting enough exercise. This was inevitable given how much time we all have been spending in the kitchen and on the couch. However, with the world gearing up to reopen and with summer on the horizon, there is no better time than now to change our focus from pampering ourselves to preparing our bodies to achieve optimal fitness and health.

Thus it is now time to turn the tables on our bodies and take this opportunity to try out some of the many dieting methods trending for losing weight and feeling fit. Interestingly, the Mediterranean diet, which is what prevails across Turkey, is actually considered to be the most successful and popular diet trend worldwide. Consuming a balanced mix of fruits, vegetables, seafood, nuts and legumes, and – on rare occasions – meat, has proven to be a much healthier way to eat than typical diets in countries like the U.S. and U.K. That said, those of us living in this region are already a step ahead if we stick to the Turkish home-cooked meals of beans and vegetables, served with a portion of yogurt and fruit for dessert. However, there are a number of new trending dieting methods that may be worth incorporating to jump-start your metabolism to combat those extra pounds gained while self-quarantining.

The following are some of the most popular methods for feeling healthy and fit while shedding those extra pounds right now:

One of the most popular current health and fitness trends is intermittent fasting (IF), which, put simply, means refraining from eating for 16 hours in any 24-hour period. One example of this requires one to eat all meals between the hours of 2 p.m. and 8 p.m. There are variations on implementing the method, such as “periodic fasting,” which is followed for just two days a week, “alternate fasting,” which involves fasting on alternate days or daily “time-restricted eating.” Studies show that fasting can have powerful effects on the body and the brain. As such, people are embracing this technique to lose weight, improve their health and simplify their lifestyles. This method is more of an eating plan than a diet, with the exception of variations on the practice such as the 5:2 diet, in which two days a week dieters restrict their calorie intake to 25% of their daily needs (approx. 500 to 600 calories). Another variation is fasting for an entire 24 hours once or twice a week. Nonetheless, the benefits of fasting include the release of the human growth hormone which benefits weight loss and muscle gain, a lowering of insulin levels and the spurring of cellular repair, the latter of which both prevent the onset of diseases and results in greater longevity. Ironically, this healthy lifestyle method is not so different than the fast recently embarked upon and concluded by Muslims all over the world as part of the holy month of Ramadan, while intermittent fasting is also practiced in a variety of religions all over the world.

Suggested reading: Dr. Jason Fung and Jimmy Moore’s “The Complete Guide to Fasting” discusses the overall benefits and practice, while Dr. Fung’s latest “The Obesity Code: Unlocking the Secrets of Weight Loss” does just that. “Delay, Don’t Deny” by Gin Stephens and Brad Pilon’s “Eat Stop Eat: Intermittent Fasting for Health and Weight Loss” describe the science behind the method, while Sarah Amber Patterson’s “Intermittent Fasting for Beginners” serves as a practical guide for the different variations of the method.

The Ketogenic diet (often referred to as the "Keto diet") places emphasis on fats and proteins and limits the consumption of carbohydrates in order to force the body to burn fat rather than carbohydrates. The premise is that if carbohydrates are not available to be converted into glucose, aka blood sugar – which is the norm – then the liver converts fat into fatty acid and ketones to replace glucose as an energy source. This is what is referred to as being in the metabolic state of “ketosis.” Weight loss results as your body begins to break down protein and fat for energy. The keto diet necessitates maintaining a 4:1 ratio by weight of fat to combined protein and carbohydrates and is similar to other popular low-carb diet fads such as the Atkins diet intended for a higher intake of healthy fats and protein while curbing the intake of carbohydrates. This diet involves excluding high-carb foods, such as bread, pasta, grains and sugars as well as starchy fruits and vegetables, and increasing consumption of healthy fats such as nuts and dairy. Believed to assist in faster weight loss because it takes more calories for fat to be turned into energy than for carbs, the diet is more satisfying due to its high protein and fat content, thus leading to eating less overall. Originally developed as a treatment for epileptic seizures, this diet is linked to lowering insulin and increasing “good,” rather than “bad,” cholesterol, which is beneficial in combating cardiovascular diseases. It is believed to be good for acne and is also purported to be therapeutic for diseases such as Alzheimer’s and Parkinson’s, as well as sleeping disorders.

Suggested reading: “The Complete Ketogenic Diet for Beginners” is an informative guide to the practice by Amy Ramos. “The Dubrow Keto Fusion Diet” by Heather Dubrow combines guidelines for interval and keto eating, and “The Starch Solution” by M.D. John McDougall explains how to incorporate the foods you love into this weight-loss program.

Regularly referred to as the “Caveman Diet,” the Paleo diet is more of a lifestyle than a diet, per se, and infers consuming foods in the manner that our ancestors from the Paleolithic era once did. In practice, the diet involves consuming the basic sustenance that our ancestors must have hunted, fished and gathered millions of years ago and avoiding foods that weren’t prevalent before the discovery of farming. The premise behind the Paleo diet is to refrain from processed foods, which are believed to have led to the development of obesity, heart problems and diseases such as diabetes. The Paleo diet advises sticking to locally sourced products such as fresh fish, grass-fed cattle and fruits, vegetables, nuts and seeds, resulting in a diet high in protein and fiber, average in fats and low in carbs. In this diet, dairy, wheat products, potatoes and legumes as well as sugar, salt and all processed foods are avoided. With the added intake of Vitamins A, C and E, this way of eating is believed to boost your immune system and lower the chances of having heart disease and cancer. Its benefit for weight loss is that the types of food consumed will be more filling and thus you will feel less hungry throughout the day.

Suggested reading: “The Paleo Diet: Lose Weight and Get Healthy by Eating the Foods you were Designed to Eat” by Dr. Loren Cordain discusses the logic behind why our bodies were designed to eat this way, while “The Paleo Solution” by Robb Wolf shares how to utilize the original human diet to lose weight and feel great.