All in the name: Turkey, the country vs. the Thanksgiving bird, and Black Friday 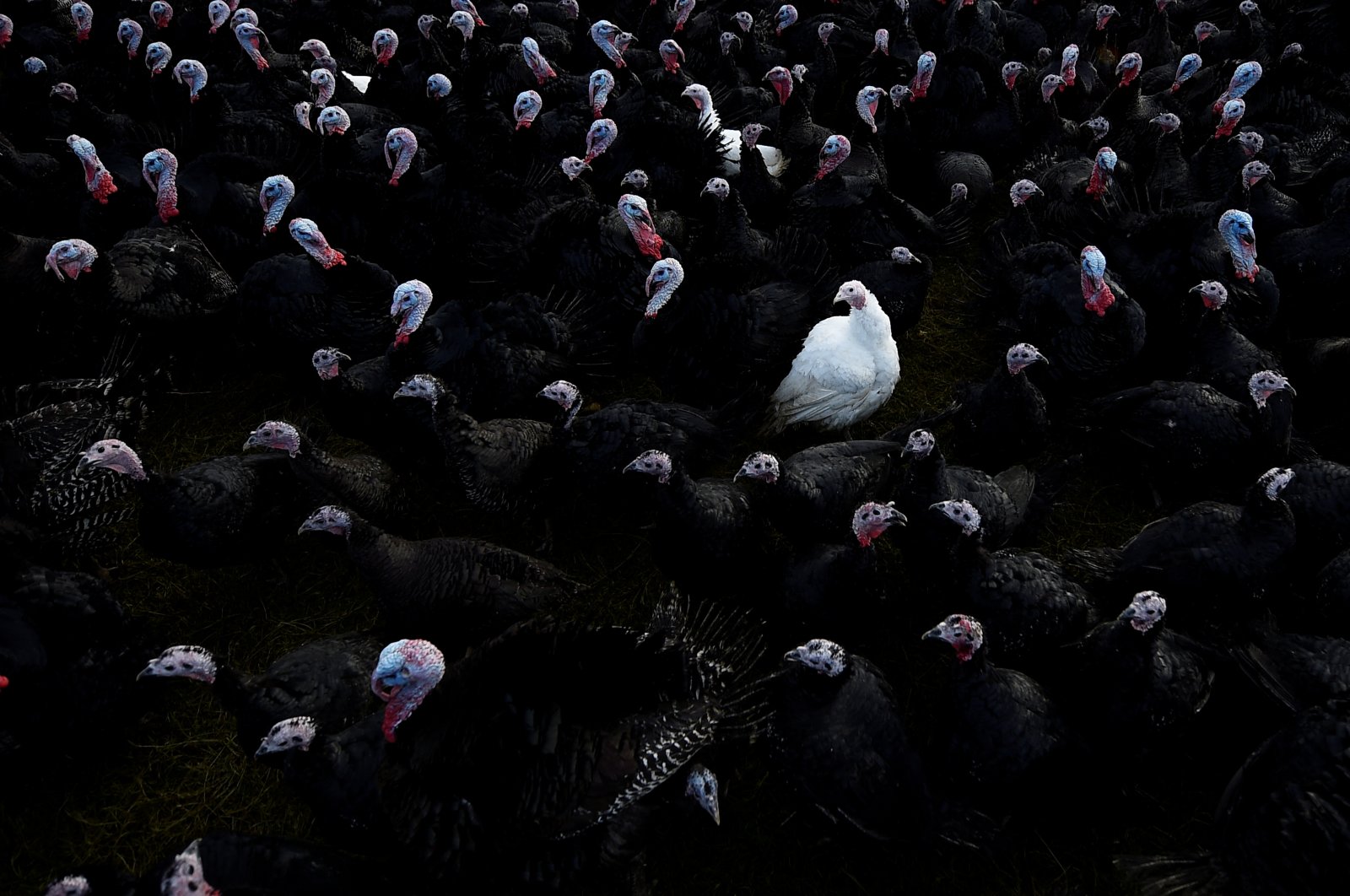 There are many theories about how Thanksgiving's favorite fowl got its name, but the most confusing part has been figuring out the link between the bird and the country. Here's an insight on which one came first

This Thursday, Nov. 26 is Thanksgiving, a holiday celebrated in the United States as well as other countries to give thanks for a bountiful harvest. Different versions of the holiday are observed during varied dates throughout the world, for example in Canada and Germany it took place last month and variations of the commemoration are also being held in Japan and Brazil this week. There are also a number of religious holidays in Turkey such as the Feast of Sacrifice (also known as Eid al-Adha or Qurban Bayram) in which gratitude and charity take center stage. Throughout the world, the sentiment of Thanksgiving is the same and is to be grateful for all that we have and can give. Usually celebrated with an elaborate feast with family and friends, Thanksgiving may take a different turn this year, but if you are able to read this right now; then let’s just remember that pandemic aside, we still have a lot to be grateful for.

While here in Turkey this holiday with a colonial past is not celebrated, there are a variety of options to enjoy a “Turkey Day” spread in Turkey if you have friends who do celebrate. Multiple markets and restaurants prepare a roasted turkey for the occasion. Many might stuff the turkey with “iç pilavı” as is the style this game bird is prepared for at feasts held on New Year’s Eve in Turkey. This means that your turkey may come stuffed with rice and a delectable array of spices and nuts including flavors of cinnamon and allspice, almonds, currants and chestnuts.

Although your turkey may come with a Turkish twist, keep in mind that cranberries, the main component which makes up the sauce to accompany a traditional roast turkey in the U.S., are admittedly harder to find. Not only are cranberries difficult to access here in Turkey, but they are also even harder to name. “Kızılcık,” which literally refers to the deep red color of the berries, is your best bet as the most accurate name for cranberries in Turkey; however, the garnet gems can sometimes also be referred to as “yabanmersini,” which is actually the name for blueberries but can also refer to the similar in shape but white in color berry myrtle. “Turna yemişi” and “keçi yemişi” are other variable names the cranberry can be listed under in Turkey.

The newest entries into the produce stalls of many major markets throughout the country just happen to be a variety of winter squash such as butternut and spaghetti squash as well as both yams and sweet potatoes. The Turks also have their own pumpkin dessert by the name of “kabak tatlısı” and thus pumpkin is readily available should you want to try your hand at prepping a pumpkin pie. Alas, pecans are admittedly much harder to find. (If you'd like to try your hand at simple yet traditional Thanksgiving dinner, check out our faithful attempt.)

The origin of Turkey

While we can jest about the word for the game bird and the country we live in being one and the same, the fact is the beloved bird that is symbolic of this American holiday was in fact named after the country Turkey. What makes this fact even more bizarre is that turkeys aren’t even that prevalent in the country they were named after. Finding an authentic Turkish restaurant dishing up turkey is quite rare, in fact pretty much nonexistent. Adding to the confusion, here the fowl is referred to as “hindi,” which is the same name given to the country of India in Turkish. However, both names for the beloved bird are actually the result of a vast geographical misunderstanding.

The word “turkey” for the fowl was introduced into the English language in the 1500s and was believed to have referenced a variety of edible birds such as the African guinea-fowl that was imported into Europe from Turkey. The bird we now know as turkey actually originated in Mexico, where it is called "guajolote," taking its name from the Aztec name for the bird "huehxolotl." Meanwhile, the first Thanksgiving dinner is also said to have been held in Mexico.

In the 16th century, the turkeys that we are now familiar with began making their way into Europe, arriving from colonies in North America. Although they were not the guinea fowl previously imported to Europe from Africa via Turkey (the Ottoman Empire at the time), these birds were also referred to as “turkey” in English and as popularity for this prized new bird grew, the word that once referred to a variety of game hen began to then be solely attributed to the turkey hailing from the New World. The name had stuck and continues to this day to be a misnomer denoting an entirely different geography than where the bird was actually first sourced from.

Similarly, a number of countries including Turkey mistake the source of the bird as being India, hence the Turkish name for turkey being “hindi,” which also means India (Hindistan) in Turkish. The reason India was misconstrued as the source country for the fowl was due to the fact that early explorers seeking a direct trade route to India wrongly presumed the Americas they discovered as being the India they had sought. As the bird we now know of as turkey first came from the Americas and the region believed to be India, the bird was misnamed accordingly in a number of cultures.

In France for example, the turkey is called a “coq d’inde” or simply “dinde,” a name that also refers to India in French. Meanwhile, a number of Scandinavian countries have taken the confusion even farther by naming the bird after the Indian trade port of Calicut, where they assumed it originated from and hence the Dutch name for turkey is “kalkoen,” the Swedish word is “kalkon,” the Finnish call turkey “kalkkuna,” while the Danes and Estonians refer to turkey as “kalkun.” Meanwhile, the Portuguese complicate the situation even further, naming the turkey “peru” after the Spanish American country the Spaniards had conquered leading to the term referring to Spanish-speaking America in general.

However, the issue of a whole nation getting confused with a bird also spurs a unique challenge in the world of tourism, business and diplomacy. This prompted Turkish officials to come up with creative solutions, which included better-worded slogans. The most notable of which has been "Made in Türkiye," which garnered a lot of applause when President Recep Tayyip Erdoğan proposed using it instead of "Made in Turkey" during the unveiling of Turkey's first domestic car "TOGG".

Black Friday has officially made its way to Turkey. There will be discounts and special deals offered by businesses throughout the country, especially online, this Friday. Dubbed the biggest shopping day of the year in the U.S., throngs of people flock to shops to begin their Christmas shopping on the day after Thanksgiving, only to make horrific headlines for fighting over products and places in lines. Hence, this “holiday” of sorts’ transition to online opportunities is a welcomed one.

While many look forward to the discounts on offer, the history of “Black Friday” is actually quite dark. The term was first coined in 1869 to refer to the financial crisis due to the crash of the U.S. gold market at the time. How it resurfaced to refer to the year’s greatest day of shopping is unknown, but many believe the day was named after the accounting terms of going into “black,” meaning making profit, from “red,” which means operating at a loss. Supposedly the day after Thanksgiving is when businesses in the U.S. and elsewhere would begin to see a turnaround in profits due to the start of the holiday season, aka the “season of giving.”