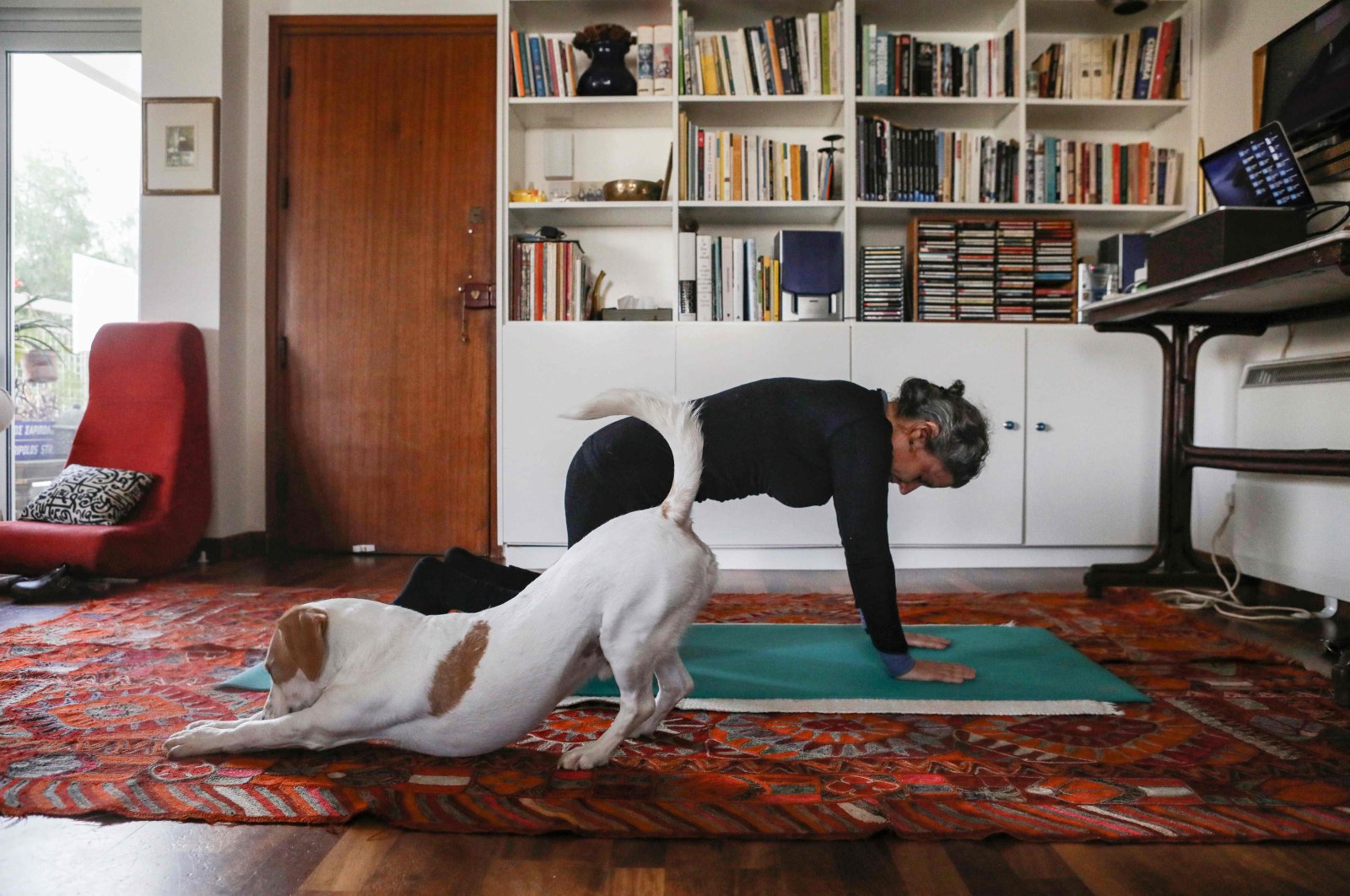 At the start of every month, I like to prepare a list of events that have been organized by members of Istanbul’s active community. However, at this point, as we all hunker down at home to curtail the coronavirus from further spreading, any sort of outdoor social event planning has understandably fallen by the wayside. Luckily many of Istanbul’s most active expat events series are now taking place in some form online, which means you can still socialize, be creative and stay entertained all from the safety and confines of your own home. As most of us are going well into a fortnight of self-isolation and social distancing, these upcoming events may be a welcome way to communicate and connect with others.

Yabangee, which is an expat community and volunteer-run website that informs foreigners of ongoings in the city as well as hosts a number of popular event series themselves, has begun hosting online “Social Distancing Movie Nights” that will take place every Wednesday. The audience recommends films and then a poll is taken to decide on the finalist. A specified time is set up and a temporary chatroom is opened, and everyone can join in, watch the film together and discuss it as it plays.

The next “Social Distancing Movie Night” will take place on Wednesday, April 1 and will be a screening of a Turkish film with English subtitles. This will become a regular event held every Wednesday as our practice of social distancing and self-isolation continues. The first of this event series was held last Wednesday, March 25 with the film “7. Koğuştaki Mucize” and had upwards of 50 participants.

Yabangee will also be hosting their monthly “Trivia Night” online on Tuesday, April 14 and plans are in the works to hold a digital “Dinner” evening and even digital birthday celebrations for members of the expat community. The Trivia Night will most likely be held using the program Zoom, which has a feature to break people into groups and thus “teams” can be visible online. Check out the Yabangee Facebook events page closer to the date for more details on how to take part and connect.

Istanbul’s longest-standing English-language Open Mic series Spoken Word Istanbul has long served as a meeting grounds and a platform for the expat community to perform for a live audience. Having taken place every Tuesday at Arsen Lüpen in Beyoğlu for the past eight years, many may be deeply feeling its absence. However, don’t despair as Spoken Word Istanbul continues by way of performers; regular and newcomers, posting their performances recorded at home on Instagram.

The American expat-owned Exile Café normally serves up specialty coffee in the Turkish Republic of Northern Cyprus’ Famagusta district and tantalizing snacks such as “Taco Tuesday” as well as hosts a lively open mic night every Friday night. However, ever since the era of home confinement, Exile Café has been hosting their weekly Open Mic nights online. The languages spoken at the events are Turkish and English; however, performers are welcome to contribute songs or poems in any language. Over half of the performers are expats, and thus the event is heavily English-spoken, owner Ryan tells me, explaining that participants are asked to submit their recorded performances prior to the event and then when the time comes, they will be MCing the show and introducing each performer for an audience. Check out Exile Café’s Instagram page for further details.

Pop-Up Dinners Istanbul has played an integral role in many Istanbul expat foodie’s lives, not only for the wonderful international feasts prepared by former restaurateur Kay from her home in Cihangir, but also for providing a comfortable space for members of the expat community to meet and mingle. While the latter may be on hold for a while, Kay’s fans can learn to cook some of her favorite dishes and discuss their attempts with fellow foodies. Just this week, Kay has put out five videos in her “Punjabi” series, in which she demonstrates preparing dishes such as chicken, mutton, fish and chickpea curries in the Punjabi style, which encapsulates the regions of India, Pakistan, Malaysia and Bangladesh.

Learn to sketch or do yoga online with Nadas Istanbul

Nadas Istanbul is a multidisciplinary creativity center located in Yeldeğirmeni, Kadıköy that offers a number of creative classes and workshops led by members of the expat community. Luckily, during our voluntary lockdown here in Turkey, Nadas has veered to offering said courses online via Zoom in Turkish and English. In addition to their Tuesday evening drawing classes, which take place from 7 p.m. to 9 p.m. and are led by Gabrielle Reeves, there are also five weekly yoga classes. As for the drawing courses, every month they are based on different themes, with this month being, ”Water Coloring.” Once this series is over and starting on April 14, the next monthly topic for painting will be “Portraits."

Yoga with Alexis and Yoga Uni

Skilled yoga teacher and expat Alexis Gulliver, who also happens to be the founder of Yoga Uni, is offering three live yoga courses online through Instagram and Zoom. Alexis’ schedule can be found on her Instagram page, but there is also a wealth of courses available on the Yoga Uni exercise online platform.