Land of legends: Visiting ancient sites of Troy and Assos in September 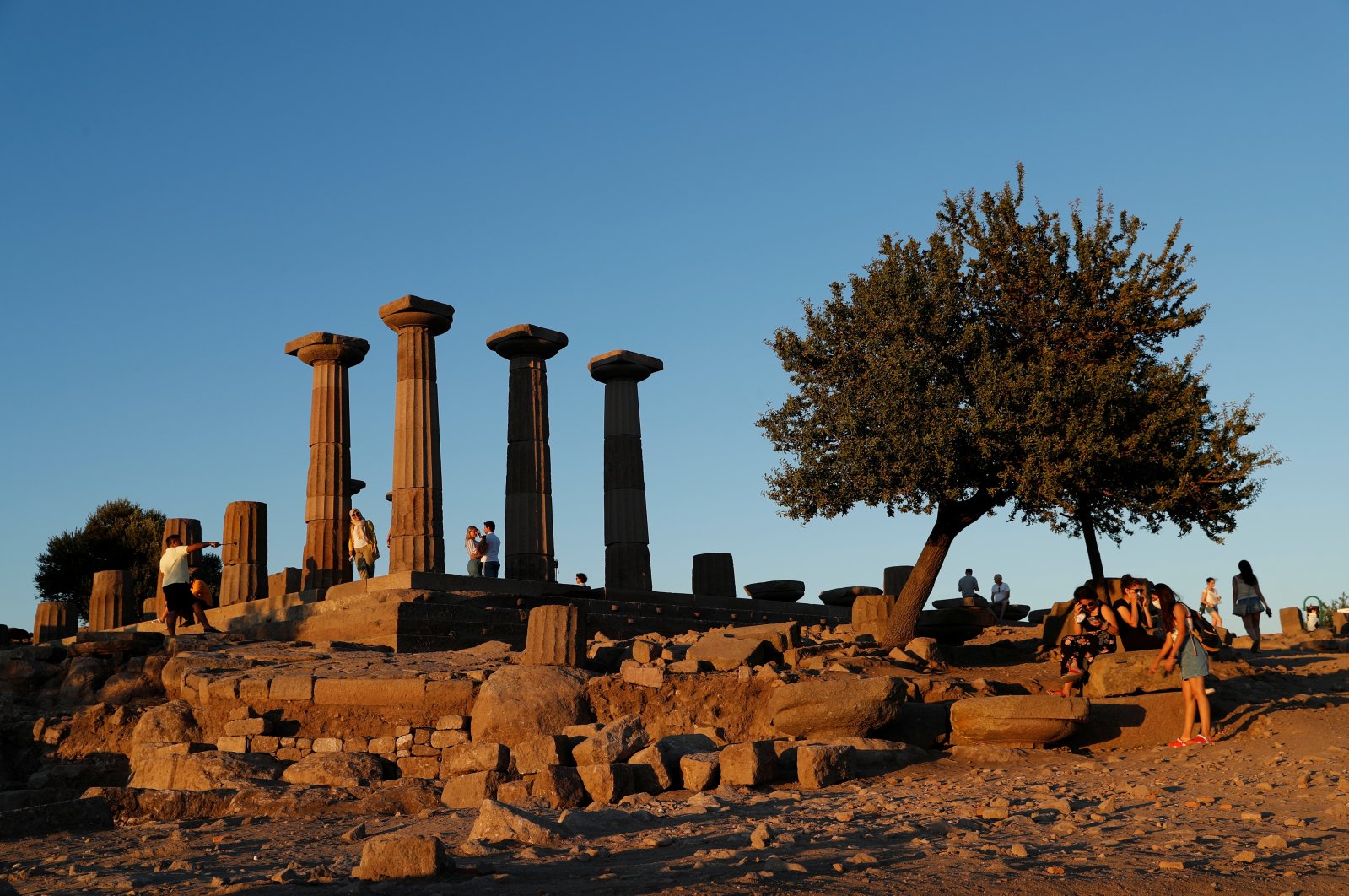 Doubling as a national park, the ancient city of Troy in Turkey stands as a reminder of some of the most memorable tales in Greek and Roman mythology, and coupled with Assos, makes for the perfect place to visit in early fall

With summer and its intense heat slowly waning to an end, this is the perfect time to visit the ancient ruins Turkey is famed for and Troy, the UNESCO-recognized site of the legendary Trojan horse, is certainly one of the most enjoyable to discover. Referred to as Truva in Turkish, the ancient site of Troy is located in northwestern Turkey’s Çanakkale province and next to Tevfikiye, a village approximately 30 kilometers (18.64 miles) south from the city of Çanakkale.

Dating back 3,000 years, when it was first founded by the Hittites, the ancient city of Troy is the site of one of the most well-known ancient legends, that being the Trojan War. Penned in Homer’s epic poem the “Iliad,” the Trojan War dates back to the 12th century B.C. and was sparked by the abduction of Queen Helen of Sparta by the Trojan prince Paris leading to enmity between the Trojans and the Achaeans, located across the Aegean Sea in Western Greece and present-day Patras. Helen, believed to be the most beautiful woman in the world, was the legendary “face that launched a thousand ships” as her husband and Spartan leader Menelaus gathered an army to retaliate by attacking Troy. However, unable to break into the defensive walls of the city for nine years, the Achaeans’ Odysseus, the hero of Homer’s “The Odyssey,” devised a scheme in which they offered a huge wooden horse as a gift to the Trojans. Unbeknownst to the Trojan army, as they celebrated their assumed victory due to the gift, the horse was filled with Achaean soldiers that finally managed to break into the impenetrable walls of the city of Troy.

While the ancient ruins of Troy admittedly pale in comparison to other better-preserved sites in Turkey such as Ephesus and Pergamum, its legendary history, which has become everyday knowledge and household terms, including the story of “Achilles’ heel,” makes it one of the most important historical locations to visit in Turkey. The modern Troy Museum, which opened in 2018, is one of the most impressive of its kind, and the vistas of what once would have been a 1,000 ships approaching, but now overlooks the Dardanelles and Gallipoli and the excavations, divided into nine different time periods, make for an extremely memorable experience. There is also a wooden replica of the Trojan horse that serves as the perfect Instagram backdrop, and you can climb into it and imagine how it must have felt to be a hiding soldier about to stage a surprise attack. Interestingly enough, however, a more impressive replica of the Trojan horse sits on the shore of Çanakkale and was the actual horse used in the 2004 film “Troy,” starring Brad Pitt as Achilles, Diane Kruger as Helen and Orlando Bloom as Paris.

The ruins of Troy are easily conquerable in a day and thus make for an ideal opportunity to combine a trip to the neighboring city of Çanakkale, the island of Bozcaada or the boutique village above the ancient site of Assos or to discover the Mount Ida (Kaz) region, also rich in legends and lore, including tales of the Greek gods and goddesses Zeus, Poseidon and Aphrodite.

The closest town to the site of Troy is Tevfikiye, and while there are accommodations and dining options, it might be in your best interest to use the proximity of the many additional touristic spots nearby to combine visiting this archaeological site with discovering a new area along Turkey’s beloved western coast. While Çanakkale is approximately 30 kilometers’ distance by vehicle and a lively and picturesque city to boot, Bozcaada is a picturesque island accessible by a 45-minute ferry boat from Geyikli, which is also nearly 30 kilometers from Troy. My own personal preference, however, would be to visit the ancient site of Assos, which sits above the sea in Behramkale, a town to the south and the start of the Mount Ida region.

Less than an hour’s drive and approximately 60 kilometers south will get you to the Assos region and a vast number of varied accommodation and dining options. You see, these days, the town of Assos, aka Behramkale, is actually divided into three unique areas, all referred to by different names. While Assos actually infers the ancient site that lies below the hilltop town of Behramkale, there is also the ancient port of Assos, accessible by driving down a steep and windy road only to be rewarded by picturesque fish restaurants, elegant hotels and beach clubs where you swim above ancient ruins dug into the sand beneath the sea. Meanwhile, the neighboring beach of Kadırga, which is much easier to access by road, is a vast expanse of sandy beach that is lined by a plethora of hotels and even bungalows and campgrounds that offer more affordable options. Located away from the beach and up a hill, Behramkale offers the opportunity to walk to the ruins where Aristotle once had a philosophy school, as well as to visit the towering Temple of Athena and its spectacular views. Behramkale also offers both classic and basic bed and breakfast accommodation options as well as boutique hotels with panoramic views. However, interestingly enough, the town of Behramkale itself has fewer dining options than its neighbors the Assos port and Kadırga beach, which is something to keep in mind when deciding where to stay.

There are also a number of neighboring seaside villages both north and south of Assos that make for a wonderful base to explore the region. Heading north, there is Sokakağzı and Sivrice, located next door to one another along the coast, and both have comfortable accommodation options as well as multiple fish restaurants, of the type the Turkish western coast is famed for. Venturing farther south, there are a number of affordable campgrounds and hotels located right on the beach along the stretch from Behramkale to Küçükkuyu, many of which do not have a road between the buildings and the sea, making for better options for families and for waking up and just jumping into the sea.