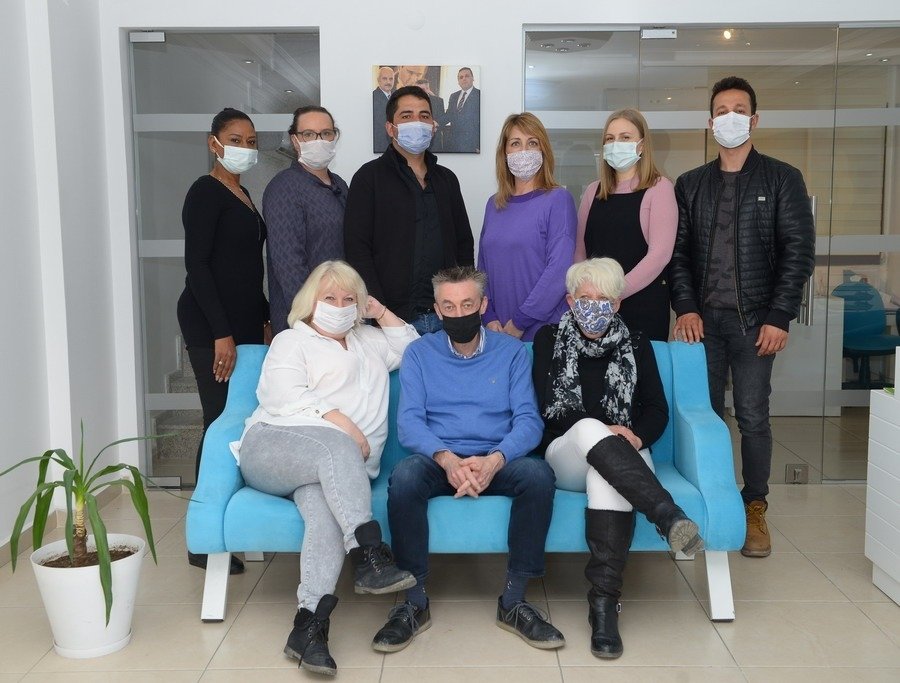 The Ege Eye is a regional English language newspaper based in Kuşadası that is not only celebrating its 15th year this April, the team behind this newspaper geared toward expats in Turkey will also be publishing their 200th edition.

Founded in 2006 by an English couple in Aydın’s Kuşadası, a popular location for foreign residents, The Ege Eye is a regional newspaper with the mission of keeping the expat community and visitors to Turkey up-to-date with information on living in the country while providing stories of interest. I had the opportunity to catch up with Lucille Shone, or Lucy, a columnist for The Ege Eye and a volunteer at its adjoining The Foreign Citizens Advice Centre to find out more about the publication, life as an expat in Kuşadası and how excited they are to be releasing their 200th edition in April.

Hailing from Coleraine in Northern Ireland, Lucy has been residing in Kuşadası for a good decade now, most of which has been spent dedicated to writing for The Ege Eye and volunteering behind the desk of The Foreign Citizens Advice Centre, which operates in conjunction with the newspaper written by members of Turkey's expat community.

"The Ege Eye is a feel-good paper. It is to inform the public of the many beautiful places they may visit, and where they can learn about the amazing cultural aspects that the country has to offer,” Lucy tells me. While I have been a fan of the monthly periodical ever since its release, at a glance, the newspaper (and website) has sections devoted to local, national and world news stories as well as a variety of special interest stories, such as personal accounts of catching the COVID-19 virus, Turkish recipes deciphered and even personal cross-cultural love stories. In addition, Lucy shares, “The public are kept informed of any changes to government rules and regulations and along with the paper we have many social media platforms that work together to give all of this information on a daily basis as well.”

While it used to be that the 12-page newspaper was printed monthly and distributed to advertising locales throughout the town and at their advice center, where it was made available free to the public, this year the periodical is being sent out to subscribers in easily printable PDF form and will be made available via the website. “At present, the PDF version of the paper goes out to over 13,000 people across Europe every month,” Lucy tells me, adding that it can take a few days initially to get it to everyone and that hopes are they will resume printing a version in the near future.

Fortunately for expats in Kuşadası and beyond, The Ege Eye also operates The Foreign Citizens Advice Center, which is located in town and has volunteers on hand to answer any questions regarding navigating life in Turkey as a foreigner. I asked Lucy how The Ege Eye and advice center came to be and she explained that in 2008, British expats Karim Abdullah and his wife Nagwa Zolfa, took over the publication of the periodical and as the paper grew more and more people came to the office with individual requests. “Karim and Nagwa foresaw that there was a need for a centre where people could drop in and obtain information about all aspects of life and living in Turkey. It was from here that ‘The Foreign Citizens Advice Centre’ was born and the centre was and still is the only one of its kind in Turkey.”

The Foreign Citizens Advice Centre, a charitable association, is a drop-in facility created in 2010 in order to respond to requests from expats in the region, providing them with information and advice. There are a total of nine volunteers, six expats and three Turks, and “it continues to help the public with their individual needs today and into the future”, said Lucy, adding that she herself also got her start with the paper by volunteering at the center’s help desk and assisting foreign residents for free with a wide variety of procedures in Turkey such as applying for residence permits.

I asked Lucy about the paper's most popular articles and who contributes to them and she explained that they have half a dozen or so expat writers working on each month's edition. Coincidently, none other than Klaus Jurgens, one of Daily Sabah’s esteemed op-ed writers has been contributing a monthly column to the newspaper for over a decade. Local news and events are the most popular as well as photographs, Lucy said, sharing “People love to see images of the towns in our region, especially this year as the whole centre of Kuşadası is having a major makeover. We also have a section on our website called “Local Life” and I have found this section is visited by the public the most.”

I also asked Lucy what the expat community was like in Kuşadası to which she responded: “thriving.” While mostly made up of UK and Irish citizens, for which the latter the region has especially become a hub, she added that there are many other expats of different nationalities that have made the region their home, including people who have relocated from the U.S., Canada, Denmark, Germany, the Netherlands, Russia, Iran, Iraq and Kuwait.

On April 1st, The Ege Eye will release a special edition 20-page 200th issue that readers can sign up to receive in PDF format by emailing lucy@theegeeye.com to be added to the mailing list, otherwise, the issue will be made accessible online. Foreigners with questions can also pay a visit to The Foreign Citizens Advice Centre located in the heart of Kuşadası on Kahramanlar Street, which operates from 10 a.m. to 5 p.m. Monday through Friday. Both The Ege Eye and the advice center (adviceturkey.org/) have websites and are active on social media platforms which are updated regularly with pressing news for expats.