The great outdoors: An adventure travel bucket list for Turkey 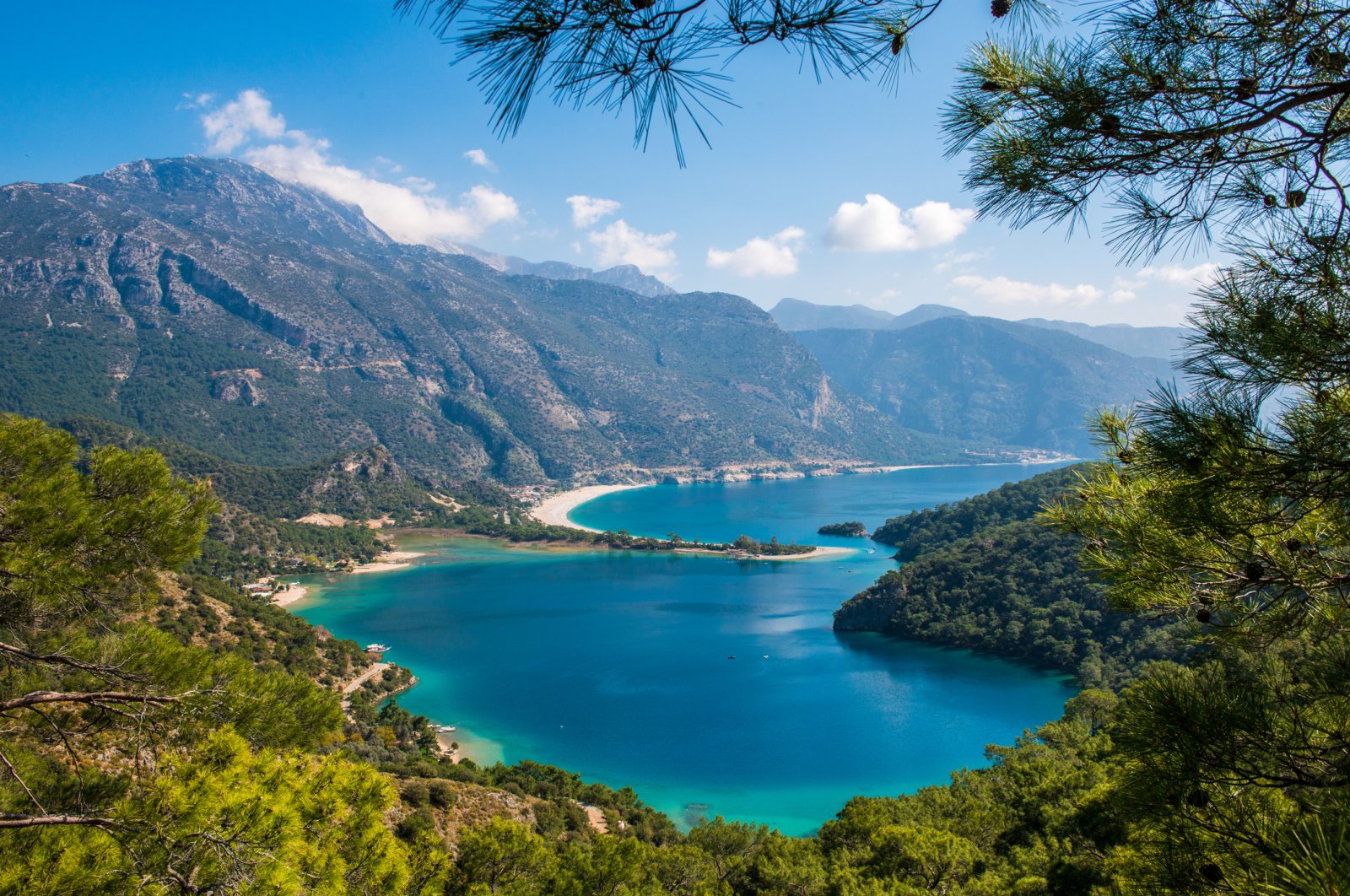 With its mountains, seas and rivers, Turkey has an activity for every kind of adventurer. (iStock Photo)
by Leyla Yvonne Ergil Jun 18, 2020 11:10 am
Edited By Yasemin Nicola Sakay

No travel bucket list is complete without some adrenaline-packed activities, and if you are adamant on squeezing in a holiday this year and an intrepid adventurer craving the vast outdoors, here are four places you should check out

With its unique geographical positioning, being surrounded by four seas, namely the Mediterranean to the south, Aegean to the west, the Black Sea in the north and the Marmara Sea forming the divide between the Asian and European continents, Turkey is a gold mine of outdoor holiday destinations. Couple the seas with seven distinct climate regions, mountain ranges of 5,000 meters in elevation and a vast number of diverse rivers and lakes and it should come as no surprise that there are a wide number of wonderful activities and adventures to embark on in nature. In fact, Turkey is one of the best places in the world for a number of popular outdoor activities and sports, many of which are on most people’s bucket lists.

With international flights being scarce and long travel posing additional risks, there is no better time than now to embark on a journey in Turkey to discover its great outdoors and start crossing off your adventure travel bucket list. Check out these four great destinations in Turkey that will enable you to make your travel and adventure dreams come true.

Cappadocia arguably hands down offers the best hot air ballooning experience in the entire world. Primarily located in the Central Anatolian province of Nevşehir, Cappadocia is a region characterized by fairy chimneys and carved-out underground caves with mosaics due to its history spanning back to before the fourth century B.C. Taking a hot air balloon ride has become a quintessential part of the Cappadocia experience over the past 30 years and is a breathtakingly beautiful adventure. While in Cappadocia, you can also stay in one of the many hotels built into the caves and horseback ride by day in the surrounding valleys. In general, the hot air balloon rides take off at the crack of dawn, with around 100 colorful balloons flying simultaneously. One important point to keep in mind is that flights can occasionally be canceled due to strong winds and storms, so you should aim to book your balloon flight early in your trip in case you have to reschedule in subsequent days.

Did you know that Turkey has one of the coolest spots in the world to learn how to kitesurf? That’s right, Akyaka, located on the Gulf of Gökova near the Marmaris, not only boasts the perfect conditions to master the sport, but it also has become a summer holiday town that is entirely devoted to the surfers who flock there. Certainly one of the season’s most popular destinations for athletic Turks, the conditions that make Akyaka special include its 3-kilometer surfing course, sandy shallow waters and the constant thermal winds it is famed for. Designated entirely for kitesurfing, Akçapınar beach has a number of schools and facilities to learn the sport, which is easily graspable in less than a week’s training that takes place first on the ground and later in the sea. The town of Akyaka boasts its own distinct style of chalet-like Ottoman architecture and is situated along the Azmak River which is laden with rustic restaurants set on platforms on the river itself and an excellent spot for canoeing for the milder adrenaline seekers.

Easily considered one of the top windsurfing destinations in the world, due to that fame, Alaçatı also happens to be one of the chicest holiday destinations in Turkey. The consistent winds and shallow waters, which make for the perfect spot to learn the trying sport of windsurfing, was discovered by a group of European surfers just over 30 years ago and since then, the Greek architecture of stone buildings in the town have been taken over by boutique hotels and restaurants along windy cobblestone streets that in a normal season you have to waddle through waves of people to wander. Paparazzi stand nearly at every corner as the who’s who among Turkey’s socialites come out to vacation in this windsurfing hot spot. As can be expected, most don’t try the sport, they are just there to see and be seen; however, for those who do want to give it a go, there are a handful of schools along the windsurfing beach that offer lessons from star teachers, such as American expat Jimmy Diaz, who just happens to be the chairman of the Professional Windsurfers Association (PWA), the world’s most esteemed windsurfing racing federation who runs a school with his famous Turkish model wife, Çağla Kubat.

This summer hot spot town in Fethiye has long been a popular destination for adrenaline-seekers from all over the world that want to try paragliding from Babadağ Mountain to soar in the sky above breathtaking sea views only to land on the soft sand on the beach of Ölüdeniz. Famed for its famous blue lagoon and natural reserves along a stunning coastline, the views taking off from an elevation of 2,000 meters (6,562 feet) on Babadağ Mountain are spectacular. Ölüdeniz itself can be a bit of a boisterous summer holiday spot and offers a number of options for boat trips and even river rafting excursions, but you can also camp out in the neighboring Kabak and Butterfly valleys or stay in Faralya village set along a hilltop overlooking the world. While Kabak has become a popular yoga and retreat spot for Istanbul hipsters with treehouses and bungalows set along a trail leading to the beach and Butterfly Valley a more rugged camping option that houses the Jersey tiger butterflies it is named for as well as, unfortunately, a plethora of day-boat trippers. Faralya is known for its tranquility and being a more reclusive destination. Faralya also makes for an excellent take-off spot to trek parts of the Lycian Way, which is one of the world’s greatest long-distance hiking paths that spans 540 kilometers along the rugged cliffs of Turkey’s Mediterranean coastline, running from Fethiye to Antalya among ancient sites and magnificent vistas.