The 'ins and outs' of indoor and outdoor gardening in Turkey 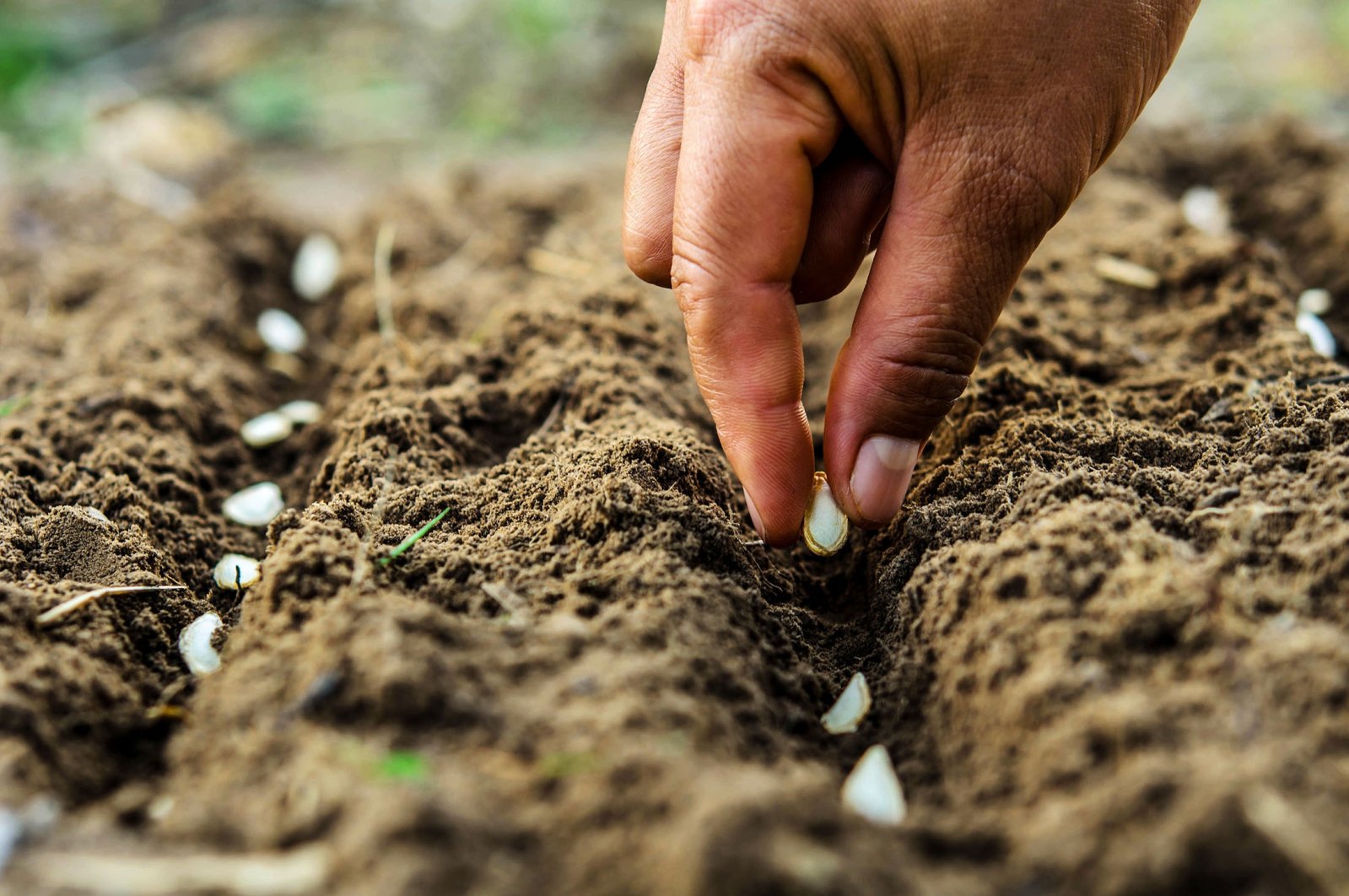 Here's your guide to picking the perfect fruit and vegetables to plant in your garden, whether it's a mini herb garden in your kitchen or a glorious one outside, in the second half of spring a la Turks

It’s that special time of year, when the sun begins to shine more than it doesn’t and when it does rain, the moisture leaves behind the sparkling wildflowers of spring. This is the season when Turks typically establish their gardens for the months to come and the farmers' markets are brimming with saplings of vegetables and herbs for us to plant in our homes and gardens.

The season of seeds and saplings

A visit to any of the local farmers' markets or bazaars throughout Turkey will prove that tomatoes, peppers and eggplants are the most prevalent plants purchased as saplings to be planted in the second half of April. Likewise, this time of year is when the seeds are planted for veggies such as cucumbers, zucchini, green beans, okra, cauliflower, cabbage, peas and the black-eyed variation, whereas for fruit this is when the beloved watermelons and melons that flourish in the summer are also planted by seed.

This is also the perfect time to purchase saplings of basil, of which there are a number of options out there, so be aware. The basil on offer ranges from the tiny-leaf “bush” or “dwarf” basil and the large-leaf basil, both of which are referred to as “fesleğen” and to purple basil, for which the Turkish word is “reyhan.” This is the most prevalent of the bunch and is a herb incorporated into a number of culinary dishes, including salads and the delightful meze "Girit ezmesi," as well as served as a refreshing summer drink, in a tradition spanning back to Ottoman times. That’s right, “reyhan şerbeti” is a basil lemonade of sorts made from purple basil, lemon juice, lemon and orange rinds, cinnamon, cloves and honey.

The large-leaf variety of basil we are more familiar with for use in salads or sauces such as pesto is admittedly harder to find. The small-leaf variety is popularly utilized in homes as a decoration that doubles as a mosquito and black fly deterrent. There are actually a number of plants that thrive in Turkey, especially in the warmer Aegean and Mediterranean regions that also deter pests and include lavender, rosemary, mint, lemon balm and citronella.

For those on the hunt for fresh cilantro, one of the most highly sought-after herbs among expats, it is near absent in Turkish cuisine, yet constitutes the basis of flavor for a number of international cuisines such as Mexican, Indian, Chinese and Thai. You may be relieved to know that while cilantro as the fresh herb is not regularly available, the coriander seeds of which to plant it with are. Thus, all you need to do is visit the spice section of your local market or spice shop, aka “aktar,” and purchase coriander seeds under the name “kişniş” and use the seeds to plant cilantro.

Planting in an urban dwelling

For those who don’t have a home with a garden, do not despair as it is very possible to plant an indoor garden either on a balcony or terrace or even next to a window with a direct source of light. The Buğday (Wheat) Association for Supporting Ecological Living, which is a nongovernmental organization (NGO) that has contributed to a number of initiatives including the formation of the organic farmers market chains in Istanbul and beyond, has just started a subscription-based e-magazine accessible from their website, which also has 21 editions of their previous publication “Yaşam Rehberi,” which serves as an "ecological lifestyle guide." Meanwhile, they also have a regular podcast on all things ecological and have just published an article on tips for growing indoors on their extremely informative and all-encapsulating website. The article advises to consider indoor balconies as equivalent to greenhouses and to choose plants and watering frequencies accordingly, while also warning that with normal balconies it is important to take into consideration the strength of winds, the drop in temperatures and the persistence of our winged friends, in other words, birds.

Volunteering on an organic farm

The Buğday organization is also involved in establishing Tatuta, Turkey’s very own chain of the Worldwide Opportunities on Organic Farms (WWOOF) in which people can visit or volunteer on a farm, while farmers can request volunteers or visitors. Turkey currently has 76 different farms in the network, which are situated throughout the entire country and are easily locatable through an extremely user-friendly interactive map on wwoofturkey.org.

Last Sunday, a very special full-day conference and film screening was hosted by Yabangee, Istanbul & I and the Inshirah Collective in honor of Earth Day 2021, which featured speakers on sustainability practices, healthy nutrition and how to make Bokashi Compost in the comfort of your home. One of the two female founders of Kokopelli Şehirde (Cocopelli in the city) gave an informative demonstration on this composting style, which is easily achievable at home and is accessible for viewing from the organizers' social media sites. Kokopelli Şehirde has a center in Sariyer’s Reşitpaşa, where they provide workshops on topics such as collecting rainwater, transforming greywater and composting. The courses are now offered online and they also provide a series of planting sets for newbies, such as for starting a garden or a Bokashi compost practice at home.

Courses online during these trying times

The Istanbul Permaculture Collective will also be offering an entry-level virtual permaculture course in Turkish that will take place from April 23 to 26 and will be taught by the organization’s founder, Dilek Yalçın Demiralp. Then, on May 2, there will be a four-hour course devoted specifically to gardening at home and indoors.

Greensquaremeter is a platform that works in conjunction with the expat-involved Nadas Istanbul, a sustainability-minded creative space for artists and workshops and once led their Friday “Plant Talks” series. Now, as Nadas has moved their workshops online, Greensquaremeter will be leading a three-hour Zoom seminar on soil in which they will be tackling topics such as choosing the right plants and caring for succulents.

The Nezahat Gökyiğit Botanik Bahçesi, which is an impressive sanctuary and medicinal herb garden, which served as a botanical school for children and adults, has been posting a variety of informative videos for aspiring gardeners on their YouTube channel.

Starting Thursday, April 22, the Urla Artichoke Festival will be hosting a selection of workshops and cooking classes in an online version of this popular annual festival that celebrates the artichoke. Urla, which is a quaint town located between the western Aegean city of Izmir and the popular vacation destinations of Çeşme and Alaçatı, produces an indigenous and smaller species referred to as the "sakız enginarı" (the Urla gum artichoke) and seven years ago a festival in honor was started with flocks of visitors coming out to witness well-known chefs from around the world prepare dishes centered on the artichoke on stages and stalls set up in squares and on the streets of the town. Alas, both last year and this year the festival has not been able to take place in its regular fashion, however, instead, it will be going digital from the dates of April 22 to 25. To witness the event live, check out the festival’s social media accounts or visit www.urlaenginarfestivali.com.