Tips for going gluten-free in Turkey 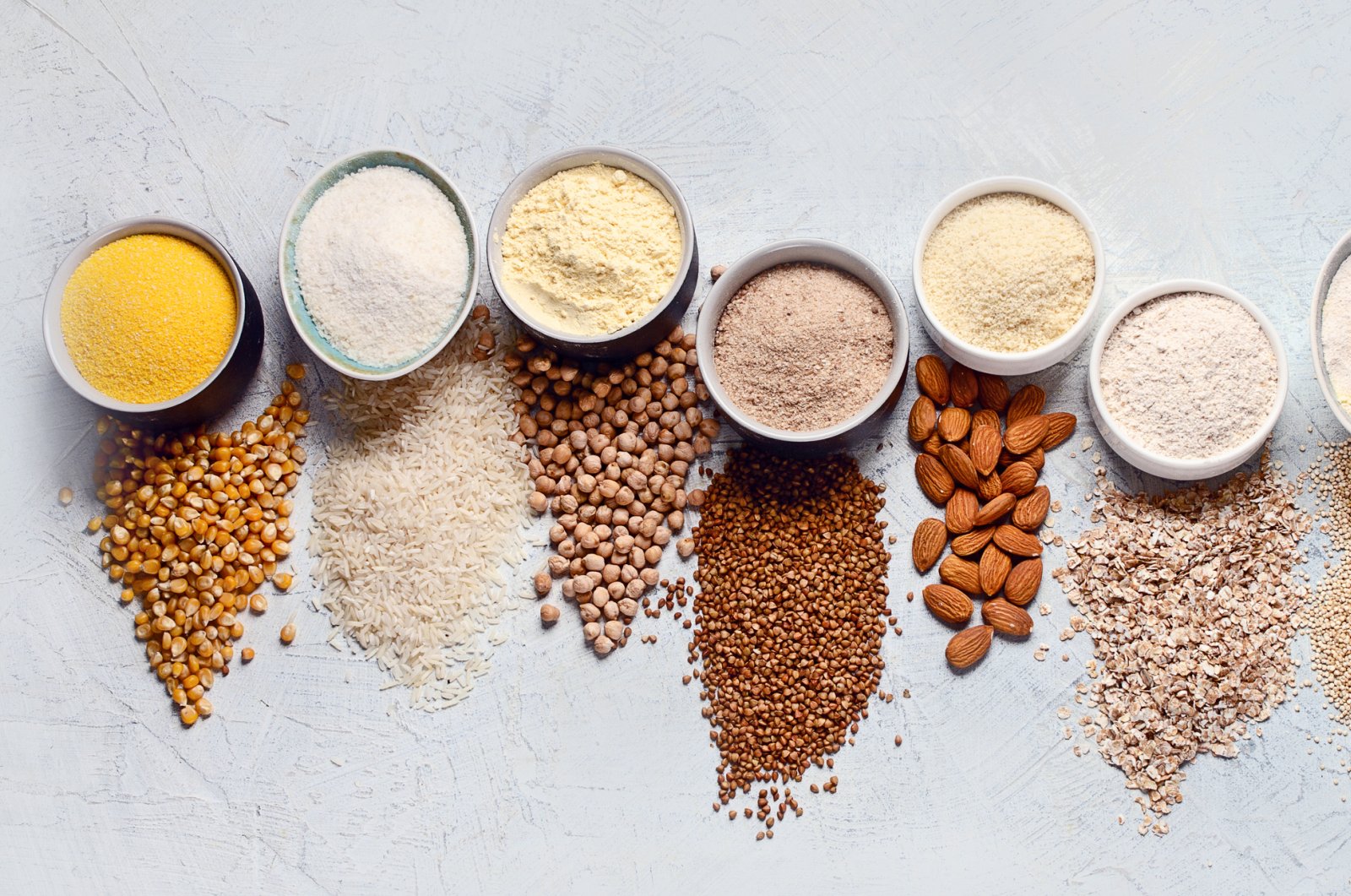 From chickpea, rice and buckwheat flour to quinoa, almond, corn and oat flour, there are so many gluten-free alternatives to choose from. (iStock Photo)
by Leyla Yvonne Ergil Jul 20, 2020 11:30 am

One of the newest global culinary health movements is the trend of eliminating gluten from our diets. Luckily in Turkey, there are a lot of healthy gluten-free options to incorporate into your diet

Gluten is the generic name for a family of proteins found in grains, including wheat, rye, spelt, semolina and barley. In practical terms, this means gluten is in all conventional breads, pastas, cereals and cakes – anything that contains flour. At a glance, one can easily see that the vast majority of the world’s diet consists of gluten. However, gluten intolerance can be problematic for a number of people if not most, as evident from the widespread weight and health problems suffered all over the world.

Celiac disease is the severest form of gluten intolerance and is an autoimmune disorder in which the body reacts to gluten as a foreign invader and then attacks the gluten as well as the lining of the gut, which can result in severe digestive issues, nutrient deficiencies and anemia, to name just a few ailments caused as a side effect of this reaction. There are also people who have wheat allergies or gluten-sensitivity, both of which also result in adverse reactions when consuming gluten that can include stomach pain, diarrhea, bloating, tiredness and even depression. For those suffering from some of these ailments, eliminating gluten from their diet has become an easy way to try to relieve their symptoms. Furthermore, as food products that contain gluten also tend to be much higher in carbs and simple sugars, removing such items from the diet as much as possible is also a great way to lose weight and increase the absorption of healthy nutrients and minerals by making wise eating choices.

While this gluten-free food is a fast-growing market all over the world, especially due to the rise of COVID-19 and the importance placed on achieving ultimate health as the best preventative measure at the moment, eliminating gluten from the diet is also a concept that is gaining awareness here in Turkey. Not only are more and more popular restaurants offering gluten-free options on their menus, but there are also restaurants that have opened that solely serve gluten-free foods as well as websites that offer a variety of options for delivery. There are even a number of municipalities throughout Turkey, including in Istanbul, Ankara and Antalya, that prepare fresh gluten-free breads, simit, crackers and cookies. The first-ever exclusive gluten-free stand was opened by the capital's municipality in May in honor of International Celiac Disease Awareness Day.

Therefore, it is totally feasible to give going gluten-free a try in Turkey to see if this new popular trend applies to you, whether you have an allergy or intolerance, or simply want to attempt to figure out what is not agreeing with you or feel lighter, which may make good sense during the sweltering summer. Turkish cuisine offers many alternatives to gluten. Just remember that rice, potatoes and corn are all satisfying gluten-free options, and steer clear of bulgur, phyllo dough and any pastries or cakes prepared with conventional flour.

The gluten-protein when mixed with water forms the elasticity that gives bread its consistency, so making bread without gluten was one of the greatest challenges to taking on this diet in the past. However, luckily there are a number of wonderful gluten-free flour options available in Turkey that you can substitute for regular flour. With a little tweaking and balancing of liquids and flour varieties, you can create some of the most delicious and nutritious breads you have ever tasted.

There is actually a wide variety of gluten-free flours available that are much more nutritious than wheat. These flours include almond flour, quinoa flour, carob flour, chickpea flour, buckwheat flour and, most prevalently used, rice and corn flours. Luckily, Turkey’s top two flour producers, Söke and Sinangil, also offer gluten-free flour mixes as well as pure buckwheat flour. The Doğalsan brand produces a variety of nutritious flours that are inherently gluten-free, such as oat bran and flaxseed.

When it comes to pasta, there are a number of easily available brands such as Arbella, Besler and Barilla that produce a variety of gluten-free pasta options, while Talya Foods is Turkey’s first-ever producer of gluten-free pasta from sprouted pulses and grains such as red and green lentils and quinoa and include healthy ingredients such as kale, beets and purple carrots. E-ekmek.com is a website from which you can find a wide variety of pasta and bread including gluten-free phyllo dough. Their entire catalog of hundreds of products is exclusively-gluten-free.

Based in Erzurum, Liva Glutensiz has an appetizing array of gluten-free products available for order online, including homemade Turkish classics such as pides and böreks as well as a wide spectrum of snacks, flours, breads and grains from a variety of different brands. The oldest gluten-free brand in Turkey, Glutensiz Ada offers a wide variety of bread in different shapes and sizes, snacks such as savory crackers and cookies and frozen meals such as lahmacun and pizza, all of which are available at grocery stores and on their website. Ege Glutensiz is another gluten-free bread and pudding producer available online and in shops. The popular Turkish snack brand Eti also has a delicious variety of gluten-free snack items including chocolate cupcakes, butter cookies, chocolate cookies and olive and thyme crackers that are regularly available in grocery stores throughout Turkey.

Istanbul also boasts two exclusively gluten-free restaurants, the chic Gab Foods, which is located in the Kuruçeşme neighborhood of Beşiktaş and was opened by a Spanish expat, and Gurme Glutensiz, located in the Yaylada shopping center in Maltepe district. Both offer products for order online. Despite the high price tag, Gab Foods is the most delicious gluten-free dining experience in Turkey.