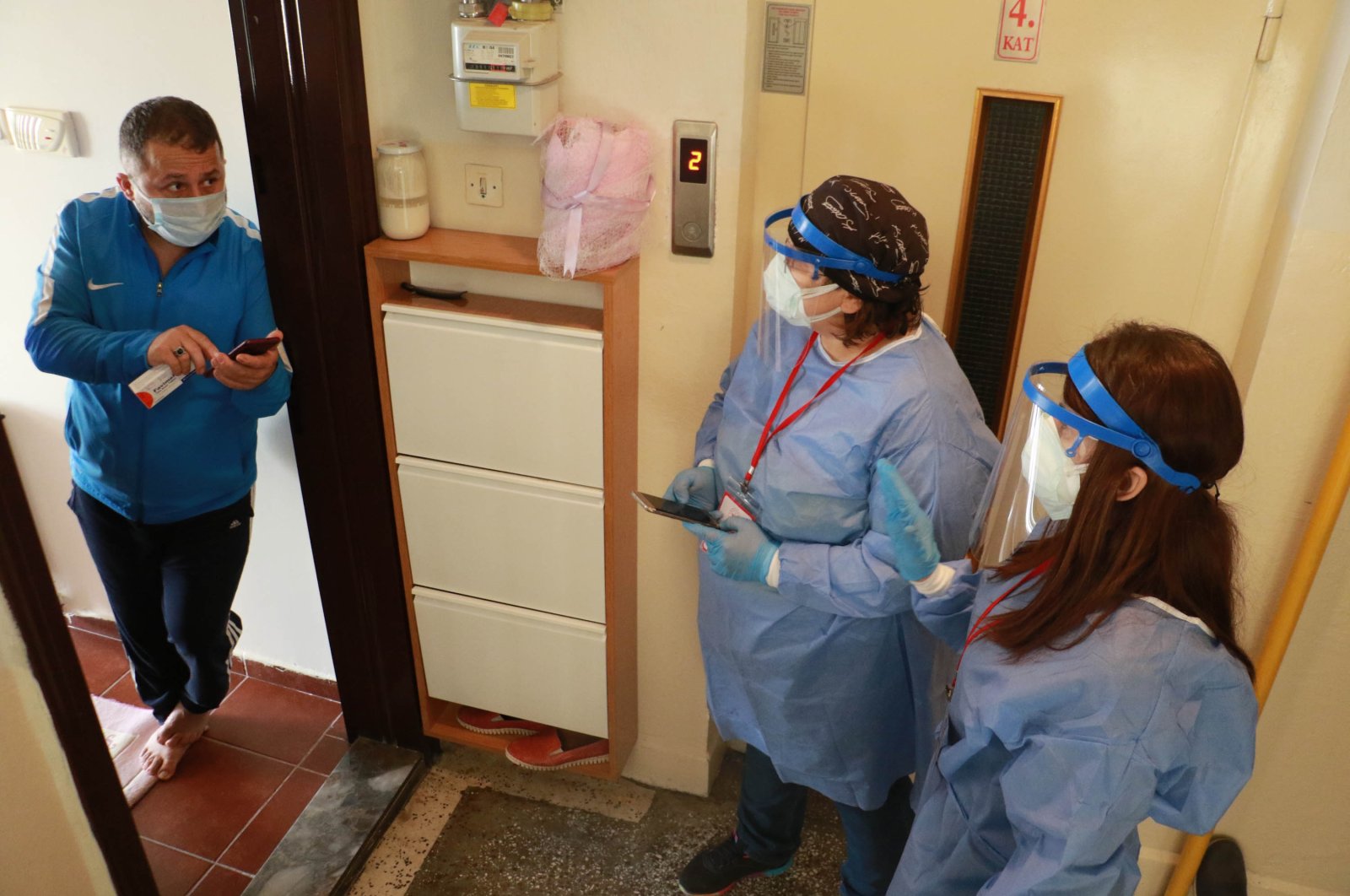 There is a flood of misinformation on the coronavirus around the world and Turkey is no exception. Social media in particular is swamped with messages from anti-vaxxers and skeptics of drugs used in COVID-19 treatment.

Favipiravir, a drug used in the treatment, has become the latest target of unfounded conspiracy theories over the advice of qualified health care professionals. Experts, however, warn that the problem goes from simply believing in those theories to stopping administering drugs for some patients.

The drug, also known as Avigan, has been effective in both reducing the effects of the coronavirus in patients and improving the condition of their lungs, its main point of attack.

Professor Haluk Eraksoy, who chairs the Department of Infectious Diseases and Clinical Microbiology at Istanbul University's Faculty of Medicine, laments over the worsening situation of patients due to fake news. "When we ask patients why they did not use it, they told us that his or her friends recommended against it, claiming it would damage their body further," Eraksoy told Milliyet daily on Friday.

Eraksoy added that the number of those skipping the drug and ending up in intensive care or dead have reached "serious" levels. The drug is mainly administered to those who are allowed to self-isolate at home as they do not require intensive care. "The patients can recover at home in five days if they take the drug, but ridiculous rumors led to their hospitalization," Eraksoy said.

Professor Fehmi Tabak of Istanbul University's Cerrahpaşa Faculty of Medicine, says favipiravir is one of the strongest currently available medicines against COVID-19, but people stopping intake based on rumors see their situation worsen. "The drug might have minor side effects on people with liver problems, but it does not have any side effect for COVID-19 patients without any underlying disease," he said.

Currently, health authorities recommend favipiravir for coronavirus patients with mild to medium pneumonia. The drug is freely distributed to patients at home in self-isolation by health care workers.

Authorities often warn about fatalities stemming from lack of drug intake. Professor Mustafa Necmi Ilhan, a member of the Health Ministry's Social Sciences Board advising the ministry on measures against the virus, says that the failure to take the drugs for the treatment of the disease can also lead to further infections. "When one person stops taking the drug while being treated at home, there is the risk of infecting others in the same household. The public should trust health authorities, not baseless information circulating on the social media," he told Demirören News Agency (DHA) on Dec. 1.

Associate professor Afşin Emre Kayıpmaz, a member of the ministry's Coronavirus Scientific Advisory Board, says the drugs used in coronavirus treatment in Turkey helped reduced overall pneumonia levels in patients to 3.4% from around 30%. "Certainly, some drugs have side effects, but they are not serious. Favipiravir, for instance, can lead to instability in kidney function in rare cases," he said, adding that doctors administering the drugs already had guidelines on how to administer them and to whom.

Misinformation is not confined to drugs used against the coronavirus. As the country counts down to mass inoculation with the shipment of vaccines from China, social media is awash with conspiracy theories. False narratives have flooded Facebook, Twitter and other social media sites making claims that the vaccines would be used for surveillance with a microchip they contain and/or alter the DNA of the vaccinated.

Authorities and scientists assure the public that the vaccines go through thorough examination for their safety and efficacy before they receive final approval for mass vaccination. They also point out that Turkey's first preference for vaccination is an inactive vaccine, something safely used to prevent diseases in other cases in the past. Still, the vaccination will not be compulsory in the country. To assure the public, President Recep Tayyip Erdoğan announced last week he would be vaccinated too. Yet, anti-vaxxers still dominate social media arguments.

Aziz Sancar, a Turkish Nobel laureate, was among those who found his name falsely cited by anti-vaxxers on social media. A quote attributed to Sancar, who was awarded the Nobel Prize in Chemistry in 2015, has been making the rounds on social media. Sancar reportedly said China "managed to overcome COVID-19 without a vaccine."

The scientist, who currently resides in the United States, denied making such a statement and in an interview with Anadolu Agency (AA) Friday, he said he would line up for a vaccine jab if he was in Turkey. He clarified he is not on social media and anti-vaccine tweets attributed to him are from a fake account.

"Those doing it or spreading it despite knowing it is fake should face legal action. I do not know why they are doing this. The vaccine is not about a political party. Those who decided to buy the vaccine from China for use in Turkey are not politicians; they are our health specialists," he said.

Sancar added that although he does not know which of the Chinese, Russian and American vaccines or the vaccine produced by Turkish scientists in Germany is more effective, he believes they all will offer protection. "I advise my nation to use the vaccine presently available in Turkey and not listen to anybody's advice but the health specialists," he added.