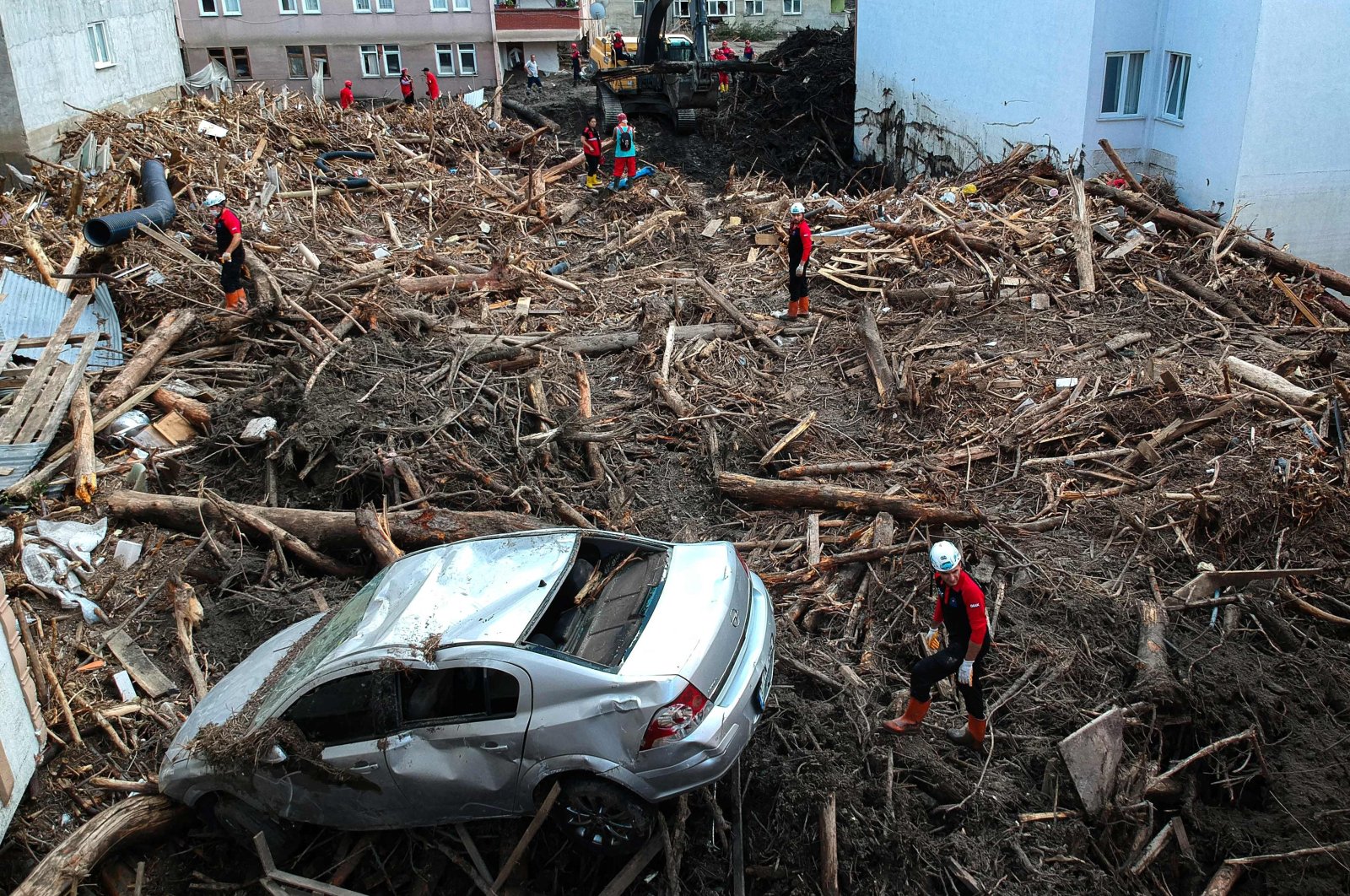 The Disaster and Emergency Management Authority (AFAD) updated the death toll from last week's floods in Turkey's northern Black Sea region to 71. A statement on Monday by the country's leading search and rescue agency said 60 people were killed in Kastamonu, while ten others died in Sinop and another person in the Bartın province since floods first hit the region last Wednesday.

AFAD also revised the number of people unaccounted for to 47, 30 less than the 77 who were reported missing last week.

Search and rescue efforts are continuing in Kastamonu and Sinop as crews work to clear the debris strewn across streets. The Turkish Armed Forces (TSK) installed mobile bridges over streams where concrete bridges had been ripped apart by raging floodwaters in two districts of Sinop and Kastamonu. The Bozkurt district, divided by the Ezine Stream, was literally cut in two when three bridges were destroyed. On Monday, the families of those missing waited on one side of the stream as bulldozers cleared the debris around buildings that couldn't withstand the floodwaters and crews scoured the wreckage for victims.

According to a statement from the governor's office in Bartın, 13 bridges were destroyed in the floods, while at least 45 buildings were heavily damaged. A total of 62 people are reported missing in Kastamonu and 14 others in Sinop, Turkish Interior Minister Süleyman Soylu said Saturday after touring the Bozkurt district in Kastamonu alongside Environment and Urbanization Minister Murat Kurum and Energy and Natural Resources Minister Fatih Dönmez. "We delivered 20 tons of food yesterday and today by helicopter alone," Soylu said, adding officials were trying to meet the needs of victims, from funerals to damage assessments.

Kurum said there were at least 454 severely damaged and ruined buildings in the three provinces, adding authorities were working on building new structures within the next year. Some 1,110 workers in Bartın, 4,900 in Kastamonu and 2,594 in Sinop are conducting relief work in the affected areas, the disaster management agency said. A total of 359 people in Bartın, 1,480 in Kastamonu and 539 in Sinop were evacuated to safe areas by helicopters and boats, it added.

Meanwhile, 223 volunteers, nine catering trucks and 54 vehicles sent by the Turkish Red Crescent (Kızılay) to the region are working on the ground.