Vets mobilize for animals affected by forest fires in Turkey 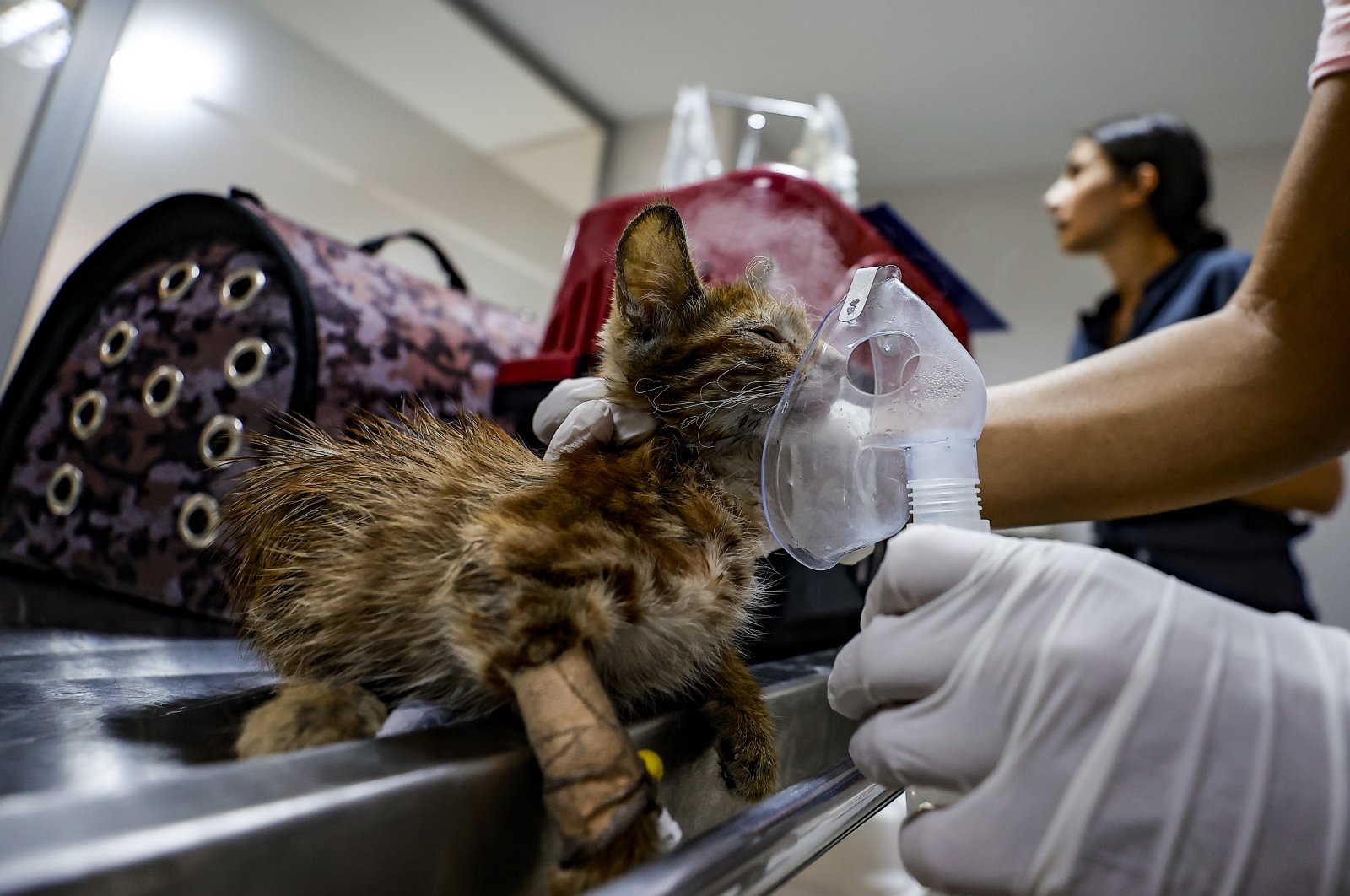 Forest fires engulfing Turkey’s southern regions have claimed six human lives since Wednesday, but the number of animals that have perished in five days of wildfires is far higher.

Hundreds are estimated to have been killed, with most casualties being sheep and cows in villages particularly devastated by the blazes. Though some survived, like baby goat “Miracle” who clung to life despite losing her mother in a fire, others are not as lucky.

Vets in Antalya and Adana, where more than 20 fires have disrupted daily life since Wednesday, are rushing to the aid of animals injured by the fires. Though many livestock owners managed to set their animals free from stables and herd them to safety, stray cats and dogs had little chance to flee the raging flames and billowing smoke.

Volunteers scoured the fire-hit areas and saved many. Some suffered from burns and others passed out due to dense smoke. In Manavgat, four vets are working day and night both to save animals from the fires and treat them at local clinics. One of them, Sümeyra Hasanoğlu, told Anadolu Agency (AA) Saturday that they were trying to do their best for the animals. Most recently, they treated cats and dogs who survived a fire in Oymapınar neighborhood but sustained burns on their bodies. But they “could not save them all,” she lamented.

Some in need of emergency care are treated at fire zones while others are transported to clinics in areas not hit by fires. Hasanoğlu said they also provided free treatment for pets and called upon locals to contact them for treatment. She says their work in Manavgat was quickly noticed and more vets and volunteers are now looking to join them from around Turkey, “from Istanbul to Erzurum.”

Volunteers helping local evacuation efforts also play a role in animal rescue. In Manavgat, a puppy saved from the fire quickly found herself a new home in a youth center whose staff had joined the rescue work. Named “Yanık” (Burned), the dog is the center's new mascot.

Ekrem Tekin, a volunteer, says they found the dog while trying to save an elderly woman in Gebeci neighborhood. “We grabbed her and took her here to our center. She was very exhausted. We fed her and gave her water. She now appears healthy,” he said.

Berkay Köse, a high school student working at the center, said Yanık boosted their morale during the fires. “She was very scared at first and distanced herself. But in time, she grew accustomed to us. She even plays with the cats we take care of here,” he said.

In Adana and Mersin, where the largest fires outside Antalya and Muğla have continued for days since Wednesday, vets organized an animal aid campaign. They collected medicine to treat injured animals, both wildlife and domesticated sheep and cows. In areas near fire-hit districts, volunteers left food for wild animals who lost their pastures in the blazes.