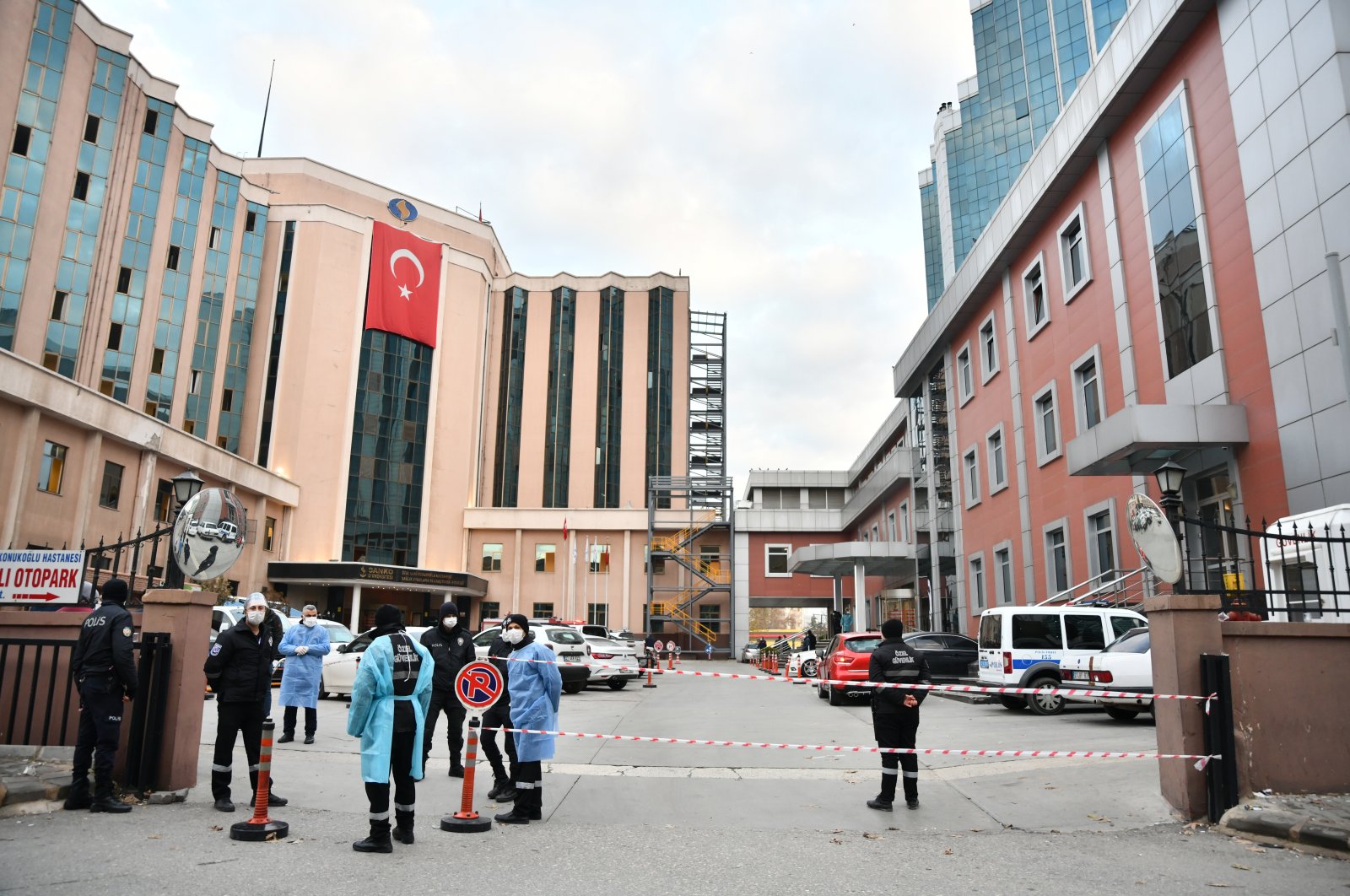 Ten patients lost their lives early Saturday in a fire at a private hospital in southeastern Turkey, the country's health minister said.

"The painful incident that occurred in an intensive care unit in Gaziantep upset us all,” Fahrettin Koca said on Twitter, adding: "Other patients affected by the fire were transferred to nearby hospitals by our emergency teams."

Wishing Allah's mercy on the fire's victims, Koca added that they are closely following developments after the deadly incident.

Justice Minister Abdulhamit Gul, who is a Gaziantep deputy from the ruling Justice and Development Party (AK Party), and Koca have both come to the hospital to inspect the scene.

The incident took place at 4.45 a.m. (1:45 GMT) on Saturday in the COVID-19 intensive care unit (ICU) at SANKO University Hospital.

The fire was caused by a high-flow oxygen therapy machine used to treat coronavirus patients, according to a statement by the university. The nine victims were all between the ages of 56 to 85.

Over 50 people, including doctors, medical personnel and security guards, were affected by the fire while trying to transfer patients from the scene during the incident, and 10 staffers are in oxygen therapy, the hospital said in a statement.

Police and fire teams were dispatched to the scene. The fire was quickly contained.

An investigation has been launched into the deadly incident, the hospital said.

Following the fire, 11 patients receiving COVID-19 treatment in the ICU were transferred to other hospitals, it added in a statement.

Two prosecutors along with an expert committee are looking into the cause of the fire, according to the Gaziantep Prosecutor's Office.

On Saturday, President Recep Tayyip Erdoğan wished Allah's mercy upon those who lost their lives and asked Allah to protect Turkey from such disasters.

On social media, Vice President Fuat Oktay and Parliament Speaker Mustafa Şentop also expressed sympathy with the families of those who lost their lives and wished a speedy recovery to the injured.

Extending his condolences on Twitter, Presidential Spokesperson Ibrahim Kalın wished Allah's mercy upon those who lost their lives and a speedy recovery to the injured.

Expressing his sorrow over the incident on Twitter, Kemal Kılıçdaroğlu, head of the main opposition Republican People's Party (CHP), said he hoped the death toll would not grow larger.

Intensive care units across Turkey currently have a 74% bed occupancy rate due to the coronavirus outbreak. On Friday evening, the Health Ministry reported 26,410 new coronavirus cases, bringing the country’s total since March to 1.98 million.

The figure includes asymptomatic cases, which Ankara did not report in the four months up to late November, prompting criticism.

Turkey hit a record daily high of 246 COVID-19-related deaths on Friday for an overall reported coronavirus fatality toll of 17,610.