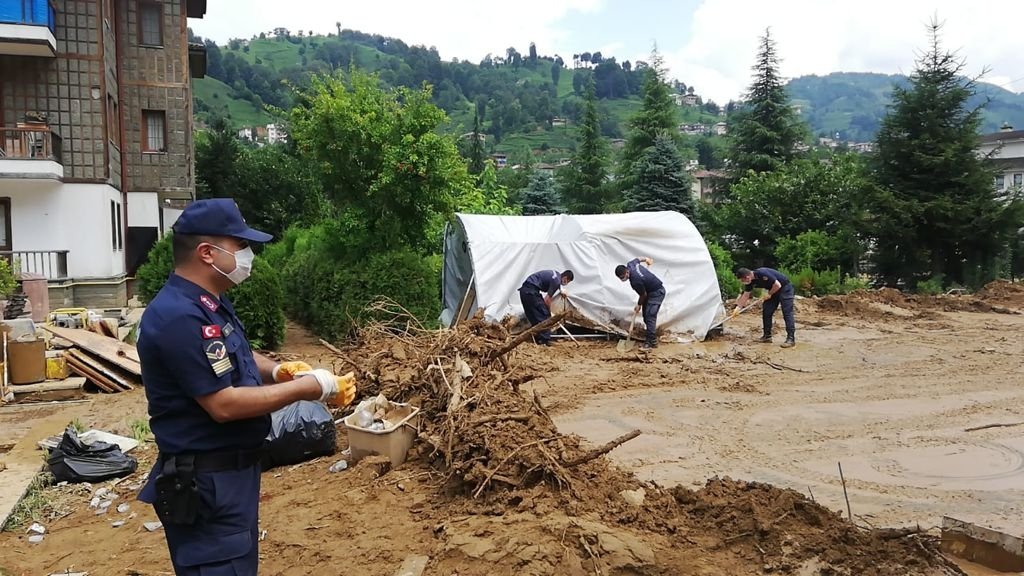 President Recep Tayyip Erdoğan said Saturday that the areas of Turkey’s Black Sea region Rize which were hit by flooding and landslides this week will be officially declared a disaster area.

Speaking at a hospital opening in Eastern Turkey, Erdoğan said the formal declaration will be announced after the next Cabinet meeting, likely at the start of next week.

The Disaster and Emergency Management Authority (AFAD) said downpours hit northeastern Rize on Wednesday after landslides caused heavy damage in some areas, with a building destroyed in the village of Muradiye.

Interior Minister Süleyman Soylu came to the region to assess the situation along with Transport and Infrastructure Minister Adil Karaismailoğlu and Environment and Urbanization Minister Murat Kurum.

Dozens of search and rescue workers are looking for people reported missing in two villages of Güneysu and Muradiye, where houses were buried under debris. On Thursday, a 66-year-old mother and her children aged 35 and 28 were found dead in a wooden house destroyed by a landslide. Another body was found hours later in Muradiye. The Rize governorate said in a statement that floods and landslides were reported in many locations across the province. The statement said most rainfall was recorded in Güneysu, where 207 kilograms of precipitation hit each square meter. Authorities also announced that additional crews and search and rescue dogs were brought in from nearby provinces to assist the efforts, along with divers.

Prevention of fatal floods is a challenge in the mountainous region where flatlands are scarce and a growing population craving housing development turn to river beds to build new houses. River bed construction, which was occasionally allowed in the past, is strictly banned in the region now, but finding a space to build close to populated areas proves difficult given the 120,000 streams. Another challenge is climate change as it worsens the flood risk in the region, which already experiences almost year-round rainfall. Experts say rising seawater temperatures are among the causes of the increased floods experienced in recent years.