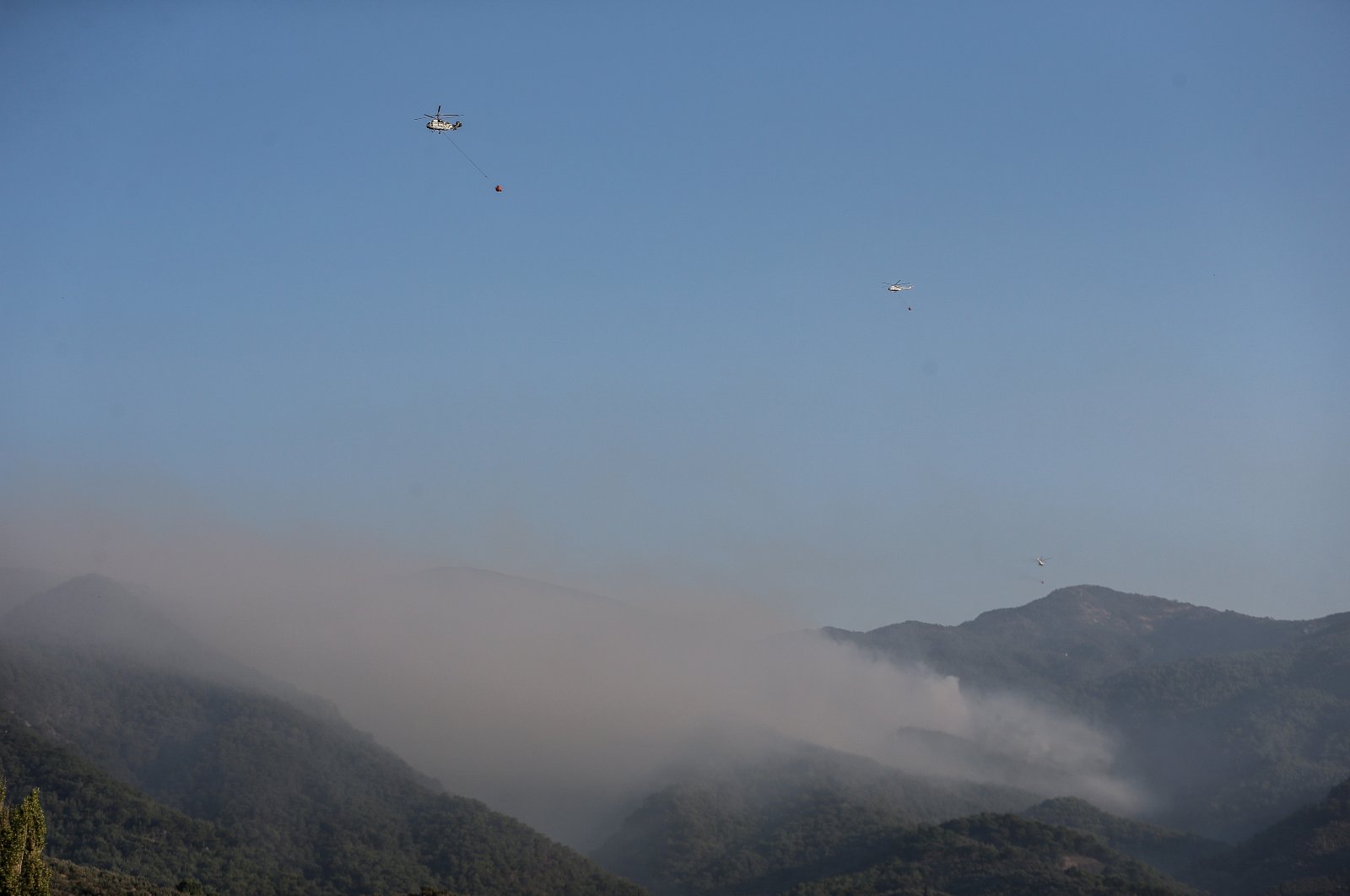 Minister of Agriculture and Forestry Bekir Pakdemirli announced Tuesday that a forest fire that had broken out at the idyllic Mount Kaz (Mount Ida) in western Turkey the day before had been "brought under control."

The challenging geography and strong winds have obstructed the efforts of firefighters. As the night fell on Monday, aerial efforts by airplanes and helicopters were paused, only to resume on Tuesday morning.

The cause of the fire which began in the rural neighborhood of Kavurmacılar in the Edremit district of Balıkesir province around 9:20 a.m. local time is not known yet.

Four water bomber planes and 17 helicopters assisted the firefighters to extinguish the fire that has spread to about 50 hectares of land. Bulldozers cleared and expanded narrow paths to improve access for firefighters and fire trucks.

Meanwhile, a 28-years-old firefighting volunteer was injured when a bear living in the forest, apparently trying to flee the wildfire attacked him in panic. The victim suffered chest and leg injuries and was hospitalized.

Bekir Karacabey, head of General Directorate of Forestry who was in the fire-hit area, told Demirören News Agency (DHA) that firefighters had reached the area within seven minutes of the fire but rough terrain delayed the deployment of more firefighters at first.

“We stopped the flames from advancing northward and we are currently working to stop it in two other directions, northwest and southeast,” he said, hours before Pakdemirli's statement that the blaze had been brought under control.

Turkey had fought wildfires in peak fire season in late July. Forest fires in the southern provinces, the biggest of its kind in recent memory, killed at least eight people and destroyed vast swathes of land particularly in the provinces of Antalya and Muğla.