Number of forest fires in Turkey reduced to 1 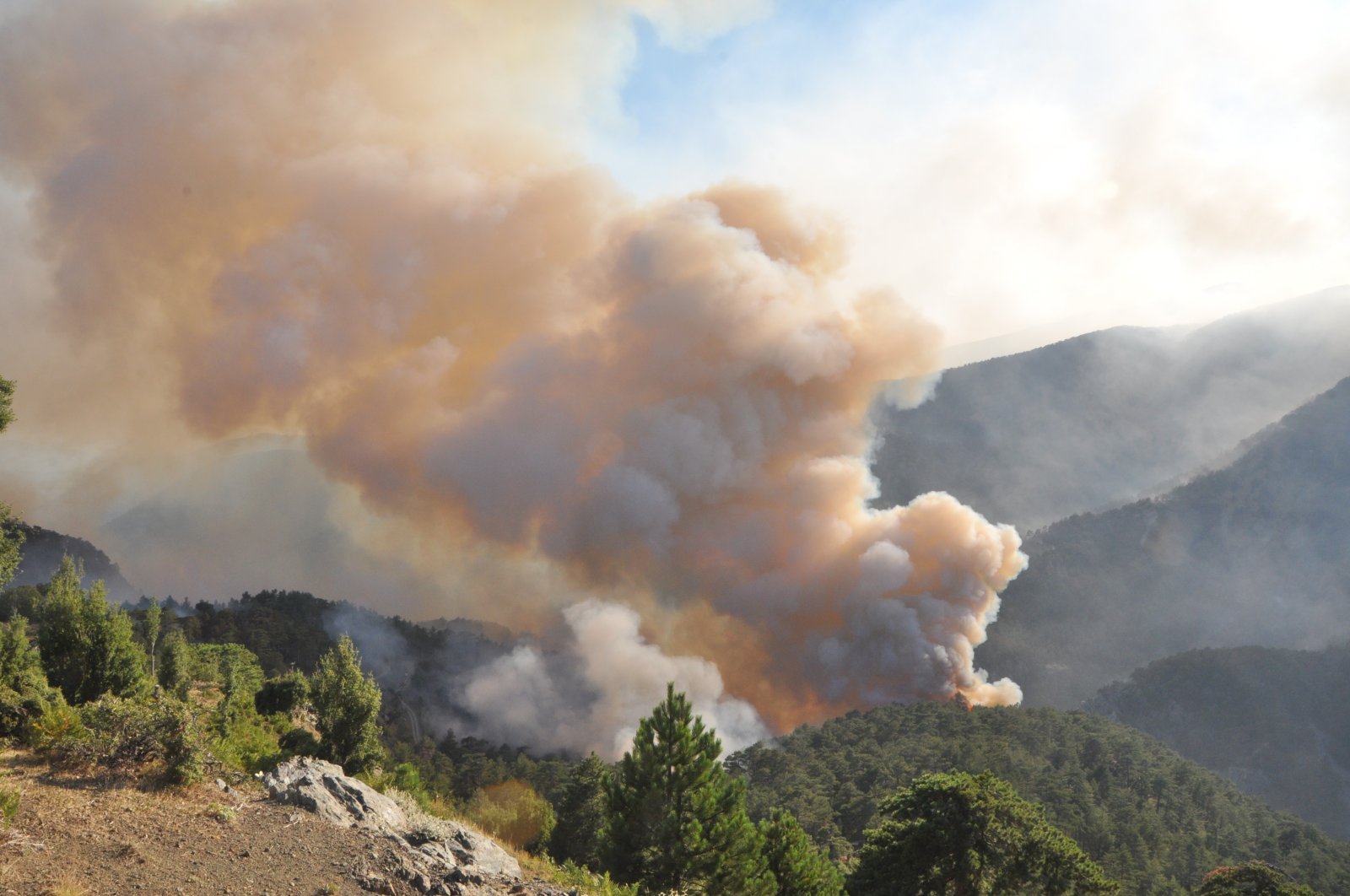 Turkey managed to put out 239 out of 240 wildfires in 47 provinces on the 13th day of a string of blazes raging across the country. The Minister of Agriculture and Forestry Bekir Pakdemirli announced on Monday that only two fires were still underway in Muğla, a southwestern province, and later reita.

The first major fires began on July 28 in the country’s south. Soon, others followed, and most were in the southern and southwestern provinces. In Muğla, home to popular vacation resort towns, wildfires threatened residential areas and prompted evacuations of hundreds. One person, trapped in the middle of fire while trying to help firefighters, was killed. Seven others, including firefighters, were killed in Manavgat, the site of the first big blaze in Antalya, which neighbors Muğla.

Pakdemirli announced late Sunday via Twitter that fires were still burning in Muğla’s Köyceğiz, Kavaklıdere, Milas, Yatağan and Karaköy districts. On Monday's update on fires, Pakdemirli announced that only two fires remained and both were in Muğla's Köyceğiz and Milas districts. Soaring temperatures and low humidity, as well as strong winds, challenge the extinguishing efforts. More than 5,000 firefighters, aided by 15 water bomber planes, helicopters and hundreds of fire trucks, are struggling against flames that gutted vast swaths of forests across Muğla.

Investigations are still underway over the cause of fires. A suspect was detained in Manavgat for setting a forest on fire last week while authorities had expressed suspicion of the PKK terrorist group's involvement.

Foreign Minister Mevlüt Çavuşoğlu, one of the ministers who was in fire-hit Antalya soon after the blazes first started, told reporters on Monday that the fires in his native province affected 59 neighborhoods and 3,231 buildings. He said heavily damaged buildings would be demolished and that the state would rebuild new residences for survivors while the locals would be subsided for repairs in lightly damaged buildings.

The government has already distributed around $2 million (TL 17 million) to people affected by the disastrous fires and pledged to rebuild while aid collected by charities poured in for the survivors. The fires devastated thousands of hectares of forests, but the Turkish Presidency's Communications Director Fahrettin Altun said on Sunday that by the end of this year, 252 million saplings would be planted across the country.