Former Somalian refugee reaches out to Syrians in Turkey 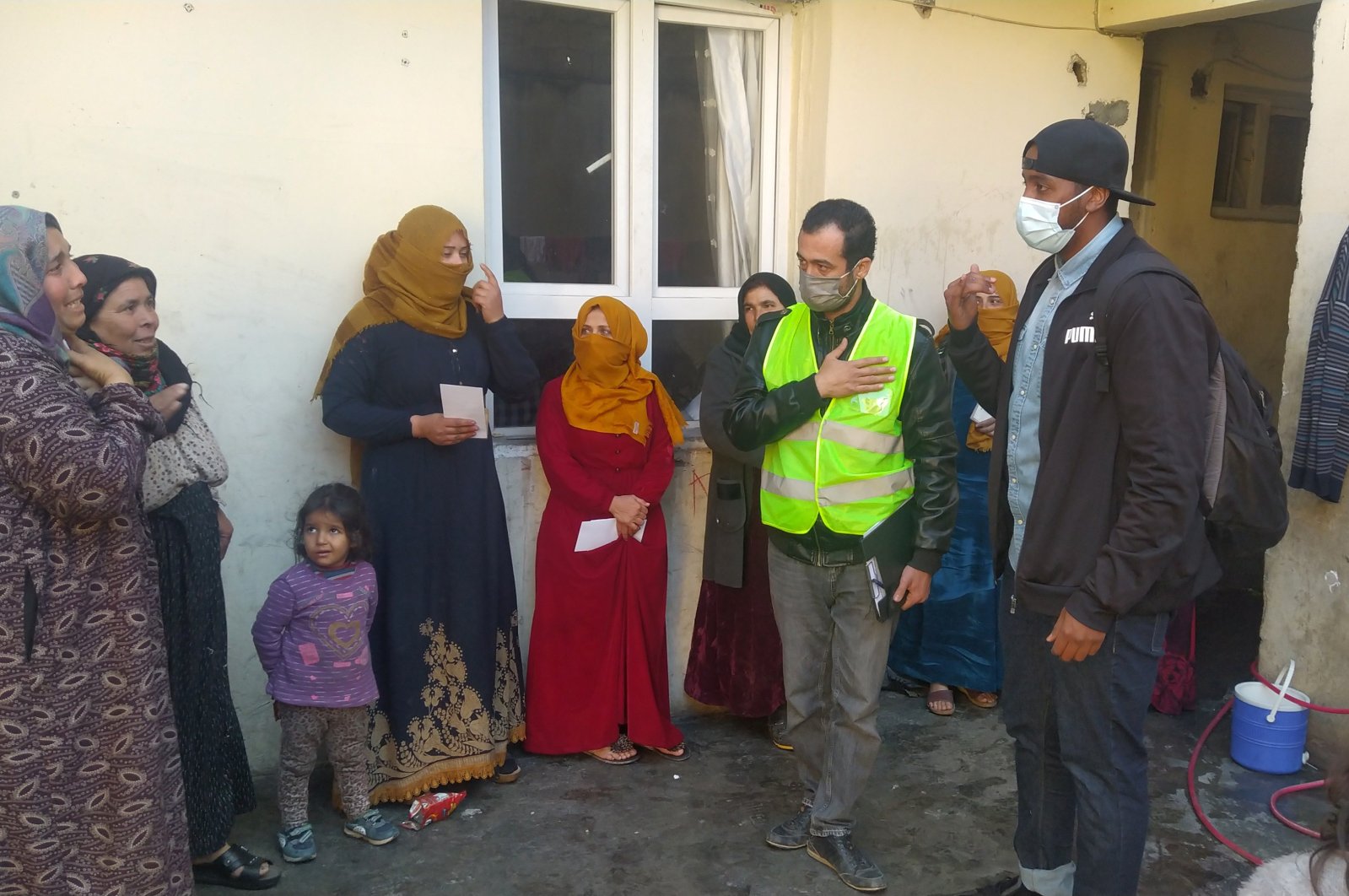 Taha Saleh was only four-years-old when he and his family left Somalia in 1990 amid a civil war in his country. They settled in Manchester in the United Kingdom, building a new life there. The former refugee, now working as an engineer, now looks to help others who find themselves displaced. Saleh traveled to the southeastern province of Şanlıurfa this week and delivered aid to Syrian refugees who, just like his family, fled civil war in their homeland, right across the border with Şanlıurfa.

Saleh saw the plight of refugees on social media and contacted the Rahmet Association, a local nongovernmental organization helping refugees in the province. The association arranged a meeting between Saleh and the refugees where he delivered cash aid and chatted with them. “I love Turkey because they help those refugees. I liked Şanlıurfa too. They welcomed me very well here. I am grateful to volunteers at Rahmet Association for helping those people. Here, I have seen for myself how the refugees live (amid their hardships),” he told Ihlas News Agency (IHA) on Sunday. He says refugees like him faced racist attitudes at times in the United Kingdom but he saw none in Şanlıurfa. Saleh pledged to return in two months to bring more aid to refugees.

“We built a bridge between the United Kingdom and Şanlıurfa thanks to brother Taha. We became emotional when he came all the way to help refugees,” Mehmet Doğan, head of the association, said.

Turkey hosts 3.6 million Syrian refugees, the largest such community in the world, among which are those who fled the civil war which erupted in the country’s southern neighbor in 2011. A small number of them stay in accommodation centers set up on border provinces while the majority eke out a living in provinces all across the country. Some benefit from work permits while others rely on charities for a living. Turkey spent at least $40 billion on the welfare of Syrians since they started arriving in the country a decade ago. It also reaches out to those unable to leave Syria.