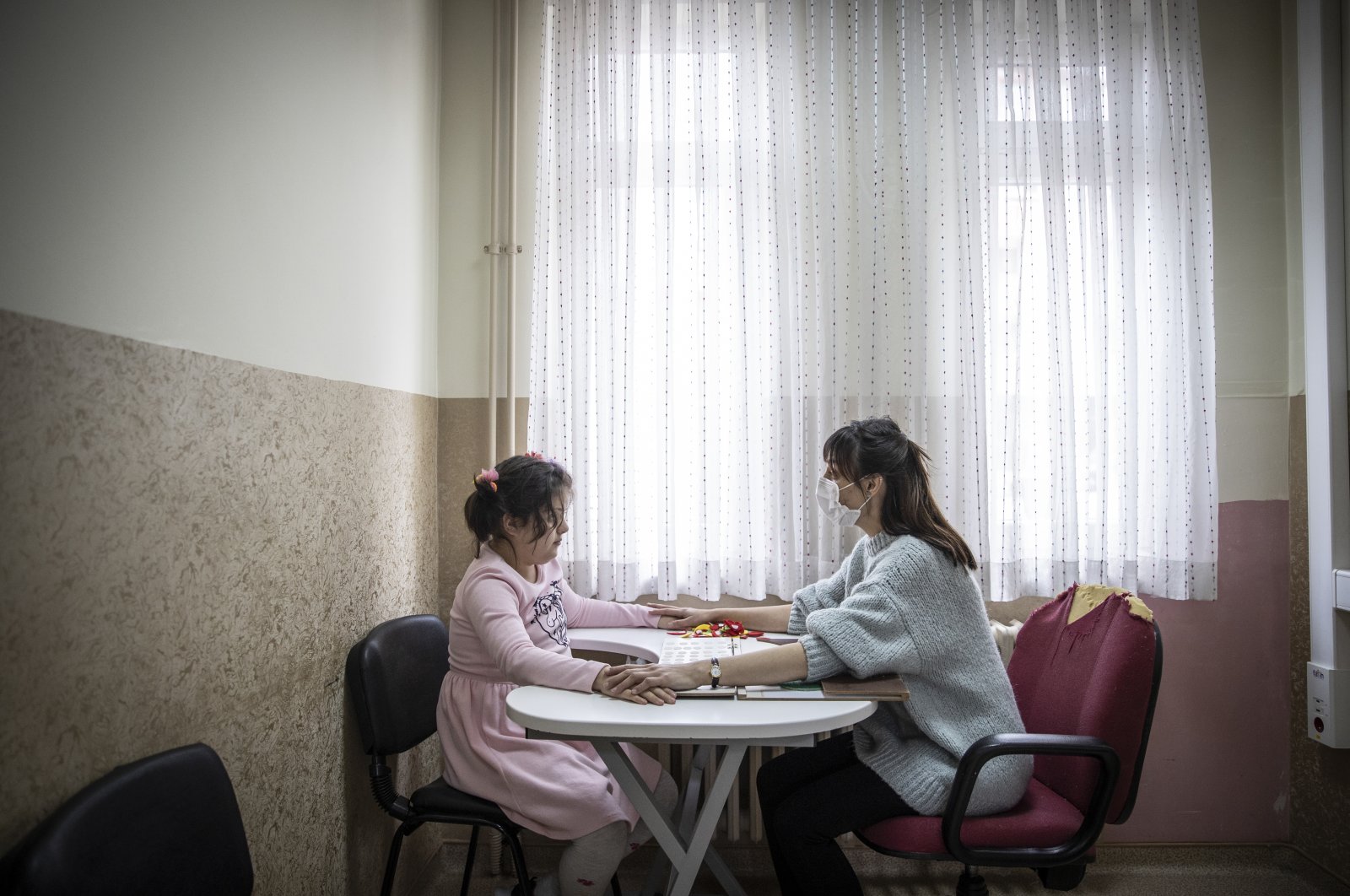 Independent living is a challenge for autistic children who overcome it with the assistance of their families. But for most families, securing a future for their children when they grow up and when their parents pass away is the biggest problem.

Speaking to Anadolu Agency (AA) in an interview on the annual World Autism Awareness Day, marked internationally on April 2 since its adoption by the United Nations in 2007, Bülent Kırgöz related his family's story after his son, Yekta, had been diagnosed with autism.

Devoting his life to Yekta, Kırgöz said he was trying to do his best for his son's education and upbringing but was worried about his child's future. "The most important question is what will happen to our children after we die. We can look after them right now, but we're getting older, too. We don't have the energy we did 10 years ago," he said.

A retired chemistry teacher, Kırgöz said that a while after Yekta was born in 1996, they went to see a doctor upon the warning of a friend, who was also a doctor, after which their child was diagnosed with autism. Having sent his son Yekta to many educational institutions for children with autism, Kırgöz said they and other families like them decided to establish a foundation for autistic children in 2010.

The goal of the Autism Foundation, based in Turkey's capital Ankara, was to provide better education opportunities and raise awareness for children with autism, Kırgöz said, underlining the need for more facilities, such as nursing homes where older people with autism could take shelter after their loved ones pass away. As the Autism Foundation, they dream of establishing a permanent nursing home to ease the worry of families for their children's future wellbeing. Kırgöz said they went to all lengths, including alternative medicine, to find a cure for his son while also stressing that they never gave up on Yekta's education and treatment. He said that through education from an early age supported by sports activities, children with autism could reveal their abilities in certain areas, such as music and painting, depending on the child's condition. With time, they can also start caring for themselves and alleviate physical disabilities, if any.

Citing the progress they have attained through education, Kırgöz said: "Yekta didn't have good walking balance as a child. There are some problems in his joints and muscles, but I was surprised to see him skating, doing electric skateboarding (now)." He added that Yekta could now ride a bike with the help of his teachers at the foundation, emphasizing that he alone could not have achieved such progress with his child.

Underlining the importance of awareness about autism, he said their foundation provided online training sessions for families during the coronavirus outbreak.

It is often difficult to explain to children with autism why people need to stay at home during a pandemic, Kırgöz said, adding that complying with curfews is difficult for children with autism as they feel compelled to fulfill certain habits. Going to the doctor can be another problem for families who do their best to prevent infections to avoid making the journey.

Kırgöz also noted that children might also resist wearing face masks at school and often take them off when they feel constricted by them.

Engin Arslan, a teacher and sports coordinator at the Autism Foundation, told AA: "As a teacher, you have to define your character very well. You determine the character of each student. While you have to be very clear to some students, you must be very gentle with others." Highlighting that the education of children with autism is a complicated process, Arslan said: "Sometimes, it can take years to bring a child from the first stage to a certain level. For example, you can teach a certain skill to one student in three months, while it may take a year to teach that same skill to others." Arslan also pointed to the importance of determining the needs of both the family and the child. "On the one hand, you can bring the child to a certain level, on the other hand, you can concentrate on processes that facilitate the life of the family. For example, a child can often only keep seated for a very short time, so families can't go to a restaurant or pay a visit to neighbors or relatives. In the first place, we, as teachers, start with the command instruction and sitting processes," he said. Arslan added that all activities carried out with autistic students at the foundation make the lives of both families and children easier.

Turkish lawmakers are preparing a bill nowadays to address the problems autistic people as well as those with special needs face. Speaking at an event on the occasion in Ankara, Health Minister Fahrettin Koca said that the state was determined to respond to the challenges and took the first step last year by setting up a department at the ministry dedicated to those challenges. “We set up advisory boards and initiated projects to improve services for adolescent autistic individuals and education of families with autistic children,” he said. He said early diagnosis and intervention were instrumental in helping children with special needs and they launched a nationwide scan of families for autistic children six years ago. “Since then, we have trained health care staff and scanned more than 1.8 million children for autism. Eventually, more than 53,000 children were diagnosed, and they were directed to our mental health experts. They are receiving assistance now,” he said.