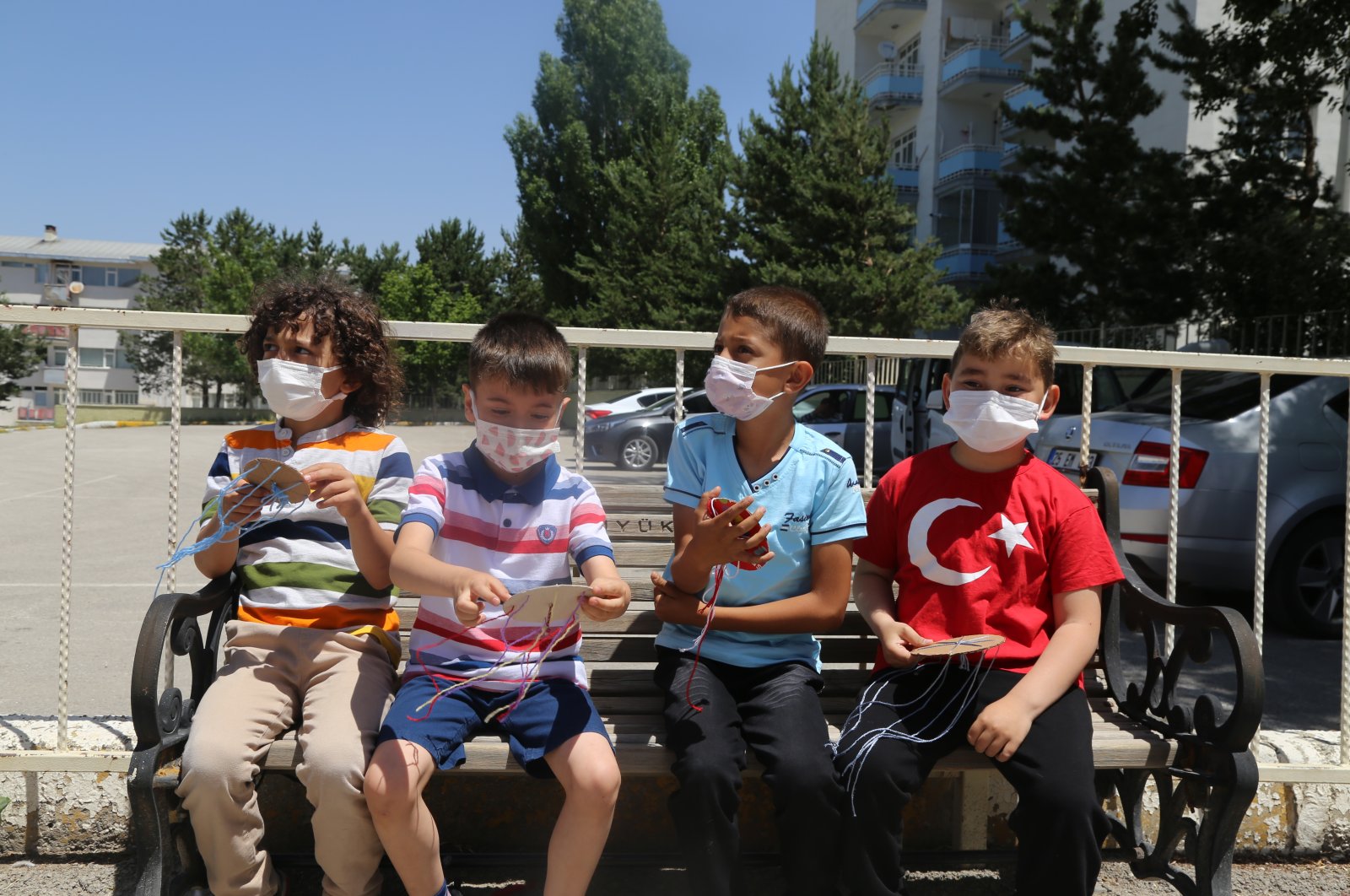 Turkey reported only 5,294 new coronavirus cases on Monday while daily fatalities dropped to 51. The numbers are not that different from those reported over the past few weeks, but they are significant compared to the 60,000 new cases reported on some days a few months ago. This downward trend is tied to tightened restrictions and an accelerated vaccination campaign. Now, restrictions will be relaxed while vaccinations are expected to gain further momentum.

Health Minister Fahrettin Koca announced on Tuesday that people age 25 and above will be eligible for coronavirus vaccines starting on Wednesday. His announcement comes one day after President Recep Tayyip Erdoğan said that the government would lift most restrictions, including Sunday lockdowns and weekday curfews starting from July 1.

Koca, in a tweet, also urged young people to convince and help their elder relatives get vaccinated. “Let the youth take action against the pandemic,” Koca concluded.

Last week, the country dominated the list of countries giving the most coronavirus jabs per 100 people, the Health Ministry announced. Koca said that between June 14-20, an average of 1.45 out of every 100 people were vaccinated, ahead of China and Germany.

As of Tuesday, more than 43 million doses were administered in the country, which launched its inoculation campaign in January 2021, inoculating health care workers with CoronaVac, a vaccine developed by China’s Sinovac. The addition of the Pfizer-BioNTech vaccine to the country’s vaccine inventory further boosted the campaign. Nowadays, vaccine hesitancy appears the only challenge for authorities as new shipments of both vaccines continue on schedule.

The Health Ministry also plans to ready Russia’s Sputnik V vaccine for the public as well. The first batch of the Russian-made vaccine recently arrived and is undergoing safety tests. A locally-made vaccine is also expected to be available later this year.

Overall, Turkey plans to wrap up the vaccination campaign by the end of this summer and aims to schedule third doses, which are expected to be administered up to six months after the second doses, according to media reports.

Restrictions are gradually being lifted in parallel with the speed of the vaccination campaign. On June 1, a normalization process kicked off with businesses like restaurants and cafes reopened for seated customers after months of operating on takeaway orders. After a cabinet meeting on Monday, the president said that along with the 31-hour lockdown starting on Saturday and ending early Monday, weekday curfews will be lifted, while restrictions on intercity travel and innercity transportation will be removed. Thus, only mandatory mask, social distancing and hygiene rules will remain in force. The mandatory mask rule is expected to be scrapped, at least outdoors, once the country achieves its mass immunity goal through vaccination.

Still, experts warn that the danger is not over, with the delta variant taking hold throughout the world. This deadly variant, responsible for the most recent surge in coronavirus cases in other countries, is forcing Turkey to be cautious, a member of the Health Ministry’s Coronavirus Scientific Advisory Board warned on Tuesday. Professor Serap Şimşek Yavuz told Demirören News Agency (DHA) that the new variant caused a peak in Russia and that Turkey should not be relaxed until 70% of its population has been vaccinated (with both doses). “We have to be cautious in July and August,” she warned.

The delta variant emerged in India and spread across the world. Yavuz says it is expected to surpass the alpha variant (first detected in the U.K.) in terms of infection numbers within the next few months. She said that although the delta variant was reported in Turkey, exact numbers are not known. But she confirmed that it has already exceeded the alpha variant in the country. “Without receiving two doses of the vaccine, we cannot say we are fully safe from variants. I see people making crowds and the public is suddenly relaxed but we are not spared yet from a potential new peak in infections by September. If we drop our guard by solely relying on vaccination numbers, it can pose a risk,” Yavuz added.

She also stressed that the delta variant has been reported infecting people with both doses of vaccine and was more infectious. “Even the most effective messenger RNA (mRNA) vaccine is around 75% effective against this variant. So, it will be better if we spend the next two months socializing less and avoiding crowds. If you come into close contact with others, adhere to social distancing, mask and hygiene rules,” she warned.