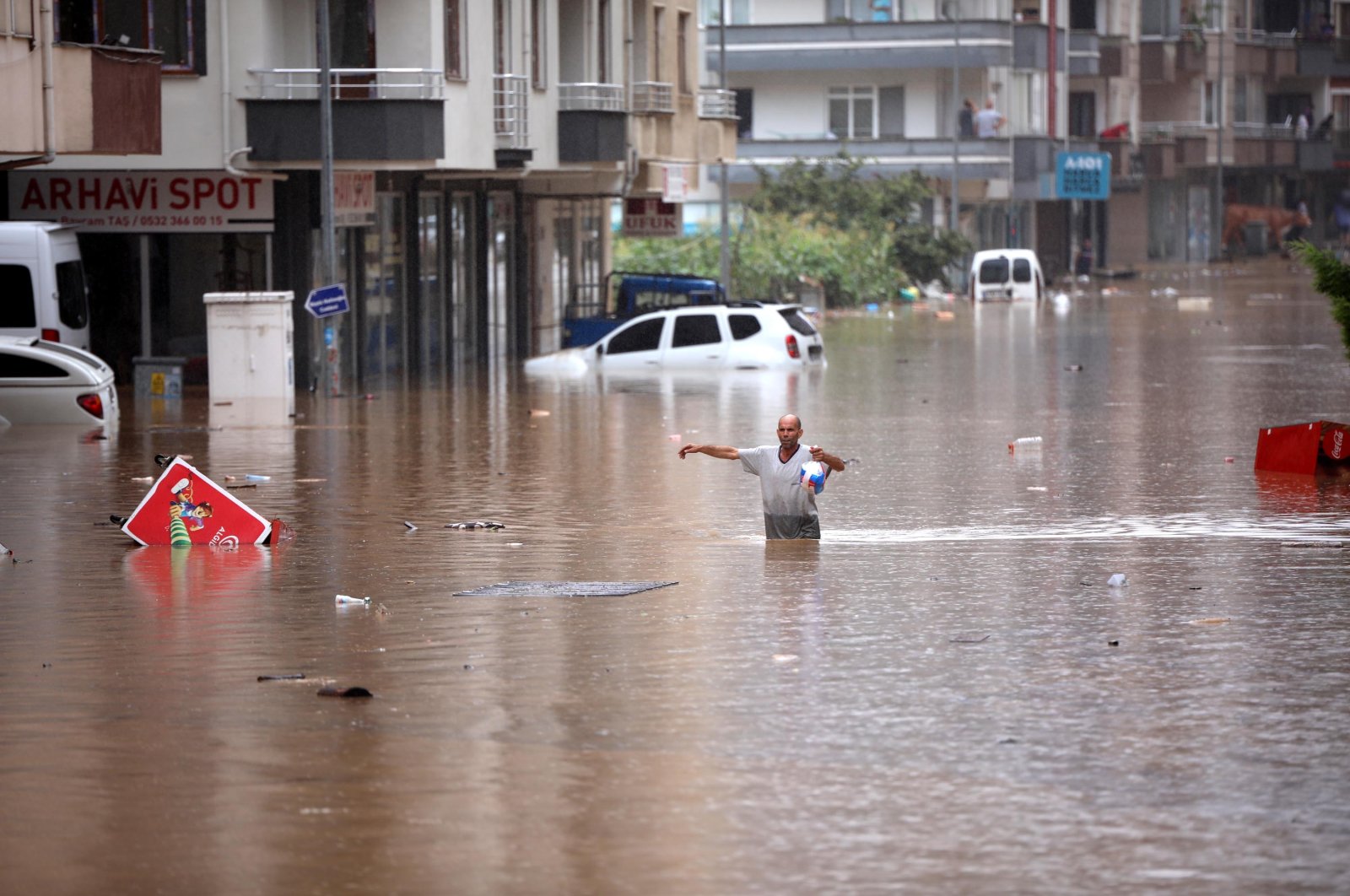 There is seemingly no respite in sight for locals reeling from floods and landslides over the past two weeks, as authorities warn that heavy precipitation is likely to affect central and eastern parts of the Black Sea region in northern Turkey on Tuesday.

The Turkish State Meteorological Services (TSMS) and Disaster and Emergency Management Presidency (AFAD) issued warnings for five provinces in the region: Artvin, Rize, Trabzon, Ordu and Giresun. Parts of Trabzon, as well as Rize and Artvin, where seven people were killed in the past two weeks in floods and landslides, will receive particularly heavy rainfall that could reach 150 kilograms per square meter (nearly 6 inches), especially in coastal areas. The rainfall is expected to continue into the early hours of Wednesday.

Authorities urged locals to take caution against potential floods and landslides. Last Thursday, Artvin and Rize experienced heavy flooding. One person was killed in Artvin, while the disaster damaged hundreds of buildings.

Elsewhere, scorching weather will take hold in most of the country's 81 provinces. In Istanbul, temperatures will reach 35 Celsius (95 Fahrenheit), while they could reach upwards of 40 Celsius in southwest and southeastern regions.

The Black Sea region is prone to sporadic rainfall due to its climate, but floods stemming from heavy rainfall have started to become more deadly. In 2010, 12 people were killed in Rize, while a flood in August 2020 claimed ten lives in Giresun. Houses built on river beds in the region where mountainous terrain challenges construction worsen fatalities. Climate change, which has been changing weather patterns across the country, also took its toll on the region, with rising seawater temperatures increasing the instances of heavy rainfall in recent years.