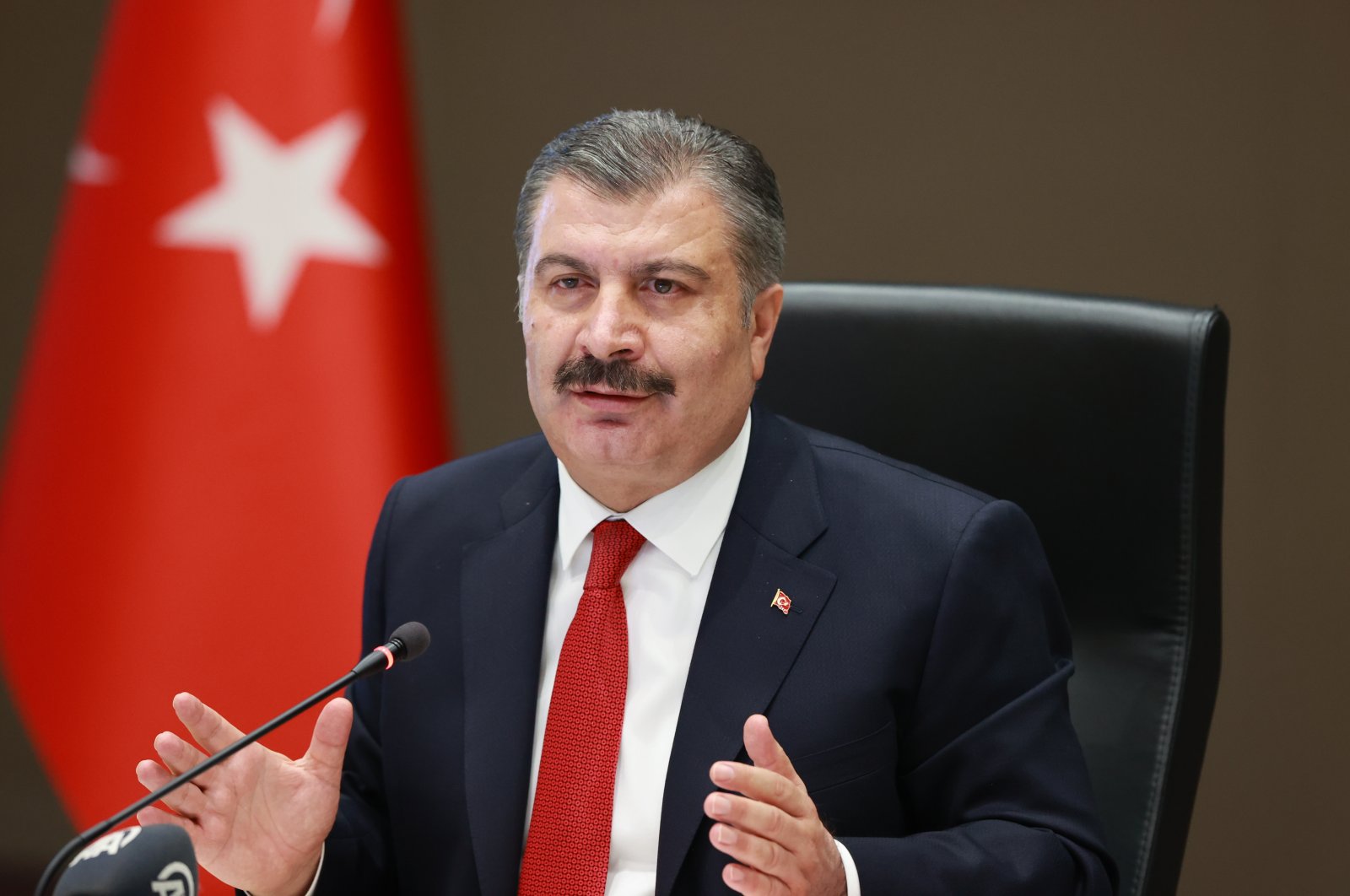 "90% of COVID-19 patients have the delta variant," he warned. "That's why we need to adhere to hygiene and social distancing until we achieve herd immunity." Koca also underlined that people who have had two inactive COVID-19 vaccine doses need to get their booster shots as soon as possible.

COVID-19 booster shots increase protection against the disease, Koca also said earlier. In a written statement issued after a virtual meeting of the Coronavirus Scientific Advisory Board that advises the government on pandemic measures, Koca said people who have received three shots account for less than 2% of the overall COVID-19 cases in the country.

Nearly 90% of active cases in hospitals are people who have not been vaccinated or received only one jab, he explained, adding that only 10% of fully vaccinated people are currently receiving hospital treatment. It is also expected that those who received two doses of messenger RNA (mRNA) vaccines will require a booster shot five to six months after being administered the second dose, he said.

Over 51 million people in Turkey have received their first doses, while more than 39.7 million are fully vaccinated, the Health Ministry figures also showed. The data showed that at least 82% of the country's adult population has received at least one dose of a two-shot vaccine. Turkey has also given third shots to over 9.2 million people.

"Our domestically-produced COVID-19 vaccine Turkovac is seeking emergency-use approval and our infrastructure is ready to mass-produce in a second facility," he said.

"Serial production will begin in October if approved by public health authorities."

Turkovac, which launched Phase 3 trials last month, is an inactive vaccine like CoronaVac, the first jab Turkey offered its citizens in January 2021.

The vaccine is being developed in cooperation with Erciyes University and Health Institutes of Turkey. It was tentatively named Erucov-Vac, after the name of the university. It is expected to be the first locally-made vaccine to be available in the country if it receives approval from Health Ministry after safety tests. Authorities had announced earlier that it may be available before the end of 2021.