Impacts of climate change to be studied in Turkey's Muğla 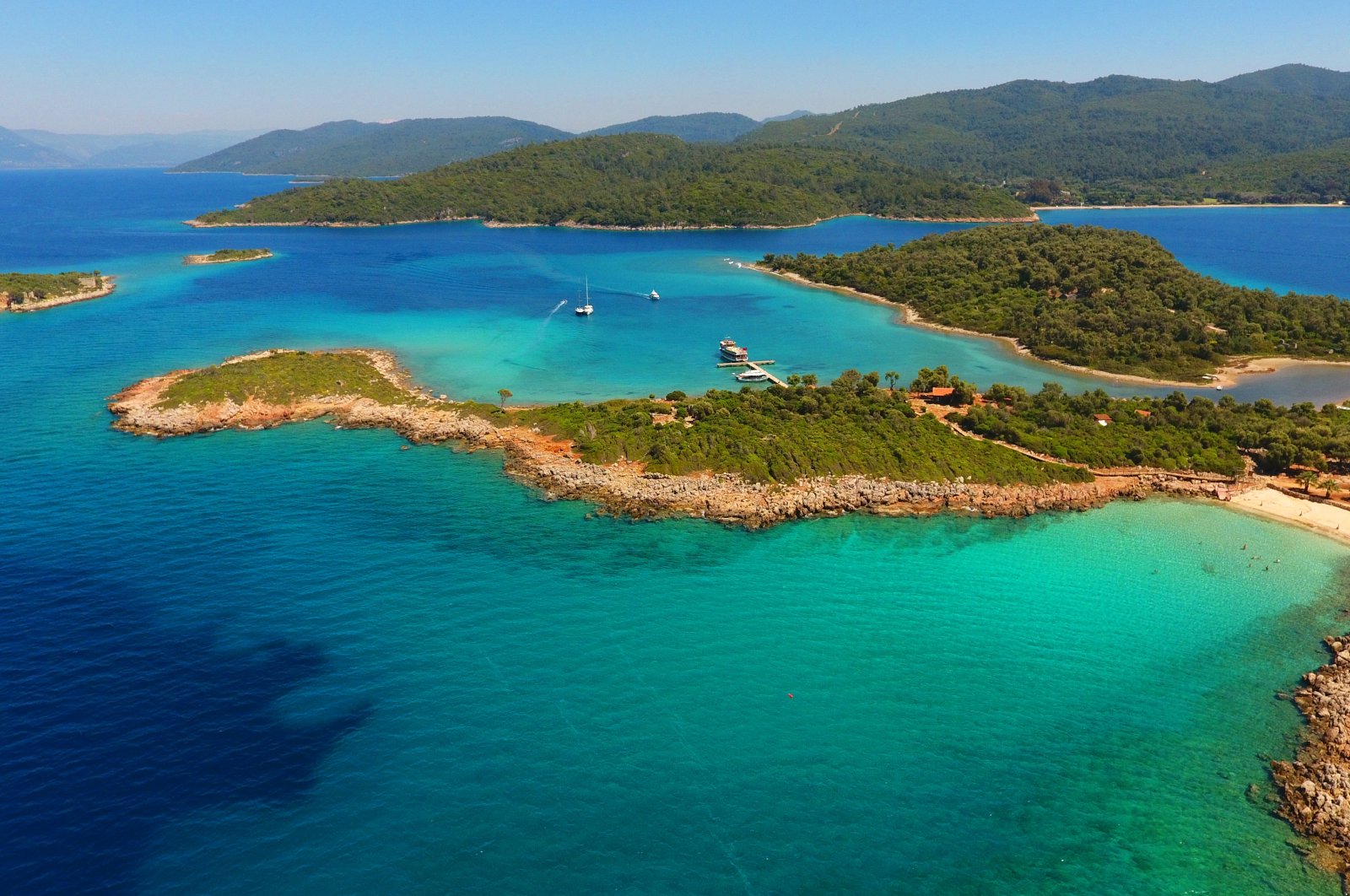 An aerial view shows islands off the coast of Gökova, Marmaris, in Muğla, Turkey. (Shutterstock Photo)
by DAILY SABAH WITH AA Oct 20, 2021 1:34 pm

After ratifying the Paris Agreement and adjusting its governmental structure to tackle climate issues under a new ministry, Turkey continues its efforts to study, evaluate and adapt to crises arising from man-induced climate change with new projects

Turkey, like the rest of the world, experienced its share of the impact of man-made climate change especially during the summer when wildfires plagued the nation's south. The Ministry of Environment and Urbanization revealed that it was preparing to implement a project to investigate the effects of climate change on marine and land ecosystems and increase the capacity of adaptation.

As part of the project, the ministry has determined the Gökova Special Environmental Protection Area in southwestern Turkey's Muğla province as a pilot region.

The project, prepared by the General Directorate of Natural Assets, aims to determine the vulnerability of existing protected areas that may arise from climate change and to create an operational management plan for these areas according to these factors.

Optimum for land and sea

While Turkey is home to rich biological diversity, different cultures and geographies, and has historical importance, it also faces some environmental and climate-based challenges.

The Mediterranean basin is exposed to significant pressures from "temperature increases, sea level rise, decrease in clean water resources, invasive species in the seas, acidification of water, pollution from solid waste and sewage due to increased tourism and urbanization, marine litter and overfishing."

The Gökova Special Environmental Protection Area, which was selected as the pilot region for the project, has a coastal length of 193 kilometers (120 miles) and encompasses an area of approximately 1,090 square kilometers (420 square miles). That area, 817 square kilometers of which is marine, provides optimum opportunities to study the effects of climate change on marine and land ecosystems.

The project also aims to strengthen the region's capacity to adapt to climate change on both land and marine systems.

In addition, a roadmap for transferring protected areas, which have an important place in reducing the effects of climate change, to future generations will be determined as part of the project. Also, a database for environmental projects, which will be extended throughout the country to ensure the constitutional right of living in a healthy and balanced environment, will be created.

Within the scope of the project, the negative impacts of climate change on the Gökova Special Environmental Protection Area are set to be studied first.

As part of those studies, indicators, important areas and species living in these areas will be determined to measure the impact of climate change on biodiversity in the region.

"Key threats will be better defined and prioritized. Action plans will be created for regulatory activities to be implemented in protected areas that are likely to be damaged by climate change."

The project also aims to set goals to increase climate resilience in the form of ecosystem and habitat restorations.

It also intends to provide useful and predictive insight for the future with the risk scenarios developed and modeled using its databases.

Apart from the environmental studies, the project also aims to lay the groundwork for inter-departmental research on the effects of climate change on human well-being and the relations between climate and traditional coastal fisheries.