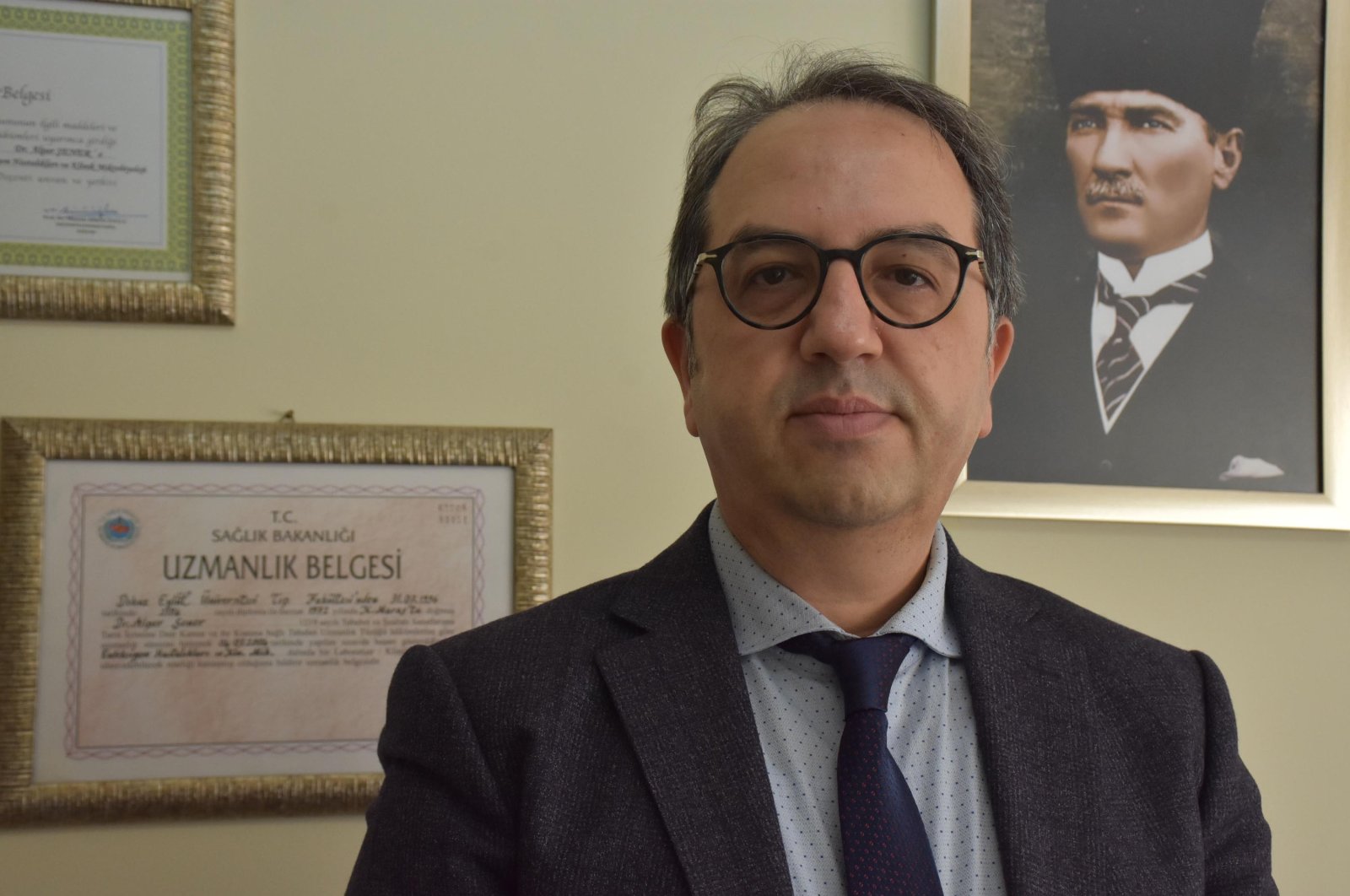 Inactive vaccines such as Sinovac and Turkovac may create stronger antibodies against the new omicron variant, which has a mutated spike protein, the protein that the BioNTech jab stimulates, said Dr. Alper Şener, a member of Turkey's Coronavirus Scientific Advisory Board.

Dr. Şener said the cases of the omicron variant have been detected in several countries, with a potential of rapid spread, adding that the available PCR tests could detect the variant, while complete analyses were yet to be concluded.

"There is no potential that the new variant could evade the current vaccines. However, that the two cases identified in Hong Kong previously received the messenger RNA (mRNA) Pfizer vaccine has somehow raised question marks," he said.

There has not been any scientific data available regarding the course of the disease yet, Şener said, adding that his colleagues and preliminary info suggested that it appears to be the same as the other variants.

Studies on the effectiveness of the vaccines against the variant are now underway, he noted, saying the mRNA jabs only created antibodies against the spike protein while the inactive shots formed antibodies for this protein as well as others, which may appear as an advantage against the omicron variant.

Nearly 120.4 million doses of COVID-19 vaccines have been administered in Turkey since January since it launched an immunization drive, according to the latest figures released on Tuesday.

More than 56.26 million people have received the first vaccine dose, while over 50.46 million have been fully vaccinated, the Health Ministry said. Turkey has also given the third booster shots to more than 12.2 million people.

Separately, the ministry recorded 25,216 new coronavirus cases, 207 deaths, and 24,498 recoveries from the virus since Tuesday.

On Saturday, Health Minister Fahrettin Koca said no cases of the omicron variant, recently detected in South Africa, had been found in Turkey, adding that the delta variant is still the dominant strain in the country. He recently stated that Turkey does not intend to implement any further lockdowns or closures to manage the pandemic's reach; instead, it places great importance on individual precautions, particularly vaccination.

Last week, South African scientists announced that they had discovered the omicron variant, which has several mutations that may carry the risk of reinfection. Cases of the same variant have since been found in some Western countries.

On Friday, the World Health Organization (WHO) declared the strain a variant of concern, naming it omicron.

Since December 2019, the pandemic has claimed over 5.21 million lives in at least 192 countries and regions, with more than 262.44 million cases reported worldwide, according to the U.S.-based Johns Hopkins University.