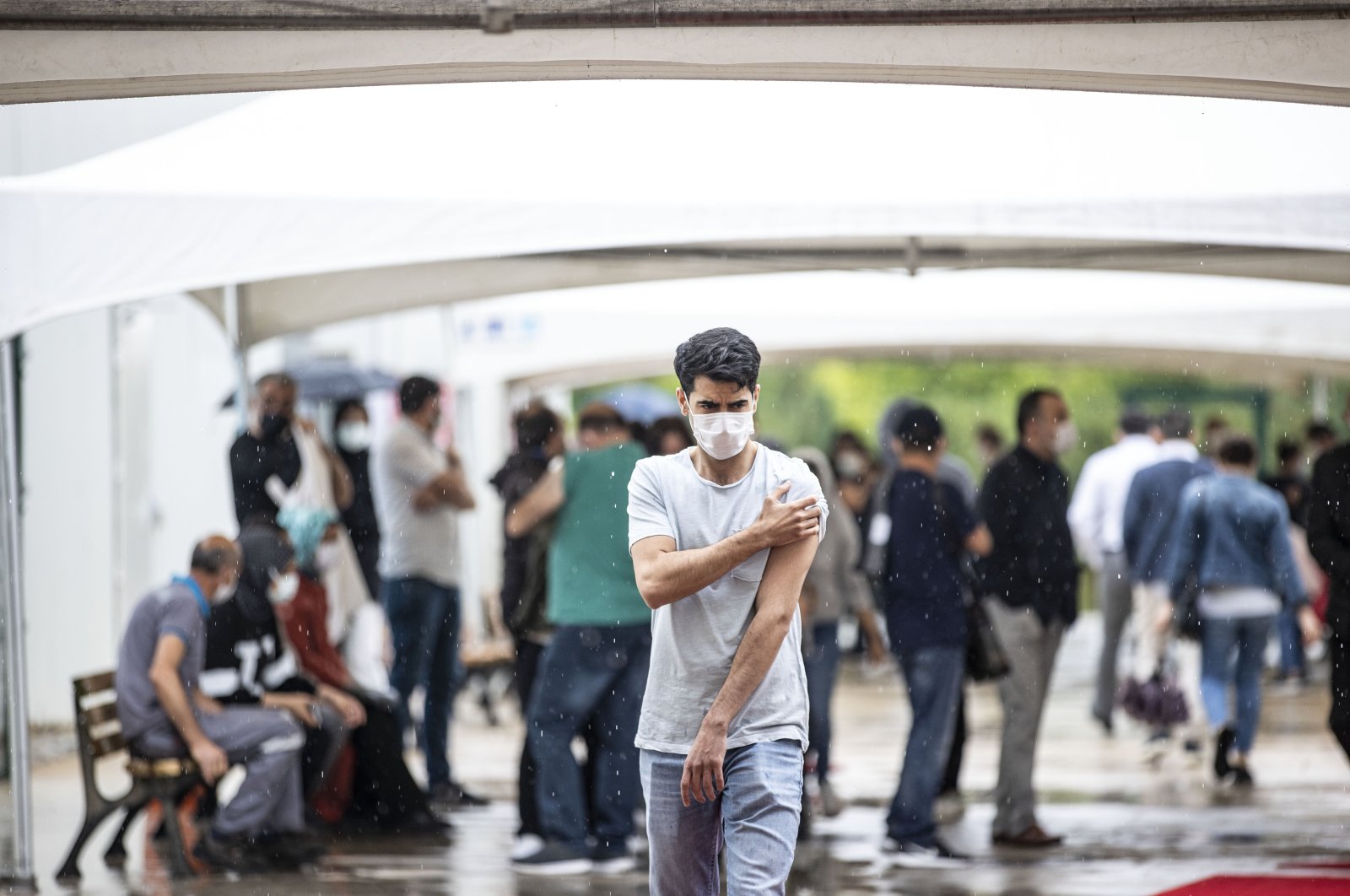 Turkey reportedly received its first batch of Russia’s Sputnik V vaccine on Monday as the rate of inoculation against the coronavirus set a new record, with experts expressing hope for a swifter return to normal

Things are looking bright for Turkey thanks to a speedy vaccination campaign against the coronavirus. After administering 650,000 doses in a day over the weekend in its inoculation drive, the country aims to further increase this figure to 1 million. At the current rate, it seems like an easy task.

Health Minister Fahrettin Koca announced Monday that they had 750,000 vaccine appointments scheduled for the day. Monday also marked the arrival of first batch of Sputnik V vaccine from Russia according to media reports though authorities have yet to confirm the news. Experts say that the vaccination efforts can ease Turkey into a new phase of normalcy "within two months" without disruptions to the process.

Media outlets reported that a plane carrying the first shipment of Sputnik V vaccine developed against coronavirus by Russia landed in the Turkish capital Ankara Monday. The vaccine will contribute to Turkey’s ongoing inoculation campaign which has reached 34 million doses since January 2021. The country currently uses China’s CoronaVac and the Pfizer-BioNTech vaccine in its campaign. In April, the Health Ministry issued an emergency approval for Russia’s adenoviral-based jab and authorities had announced that the country would purchase 50 million doses of Russian vaccine. A Turkish company had also signed a deal to mass-produce the vaccine.

In a tweet Monday, Koca said that Turkey has come a long way since the early days of the pandemic, from the "hurtful" number of casualties, while announcing the latest figures Sunday of 53 casualties and 5,012 new cases. "The glory belongs to those walking firm. The pandemic has receded even more and the day it will be defeated is near," he said.

A new survey by Ipsos Research company shows the public has more trust in authorities and confidence in “better days.” Results of the survey, published by the Milliyet newspaper, show that the rate of people who believe “fight against pandemic is not good” dropped to 38% from 60% while the proportion of people who believe that Turkey has “left difficult days behind” increased to 38% from 18%. Around 40% of participants endorse the ongoing restrictions (weekday nighttime curfews and Sunday curfews among other things) while 50% of interviewees support the resumption of mass outdoor events and reopening of certain businesses, but only in line with proper measures against the coronavirus.

Aside from lowering the general vaccination eligibility age, the country has also recently expanded its vaccination campaign to include more people. On Monday, people aged 40 and above started receiving their first doses of vaccine.

From waiters and waitresses to lawyers, large numbers of people are now eligible for vaccination regardless of their age. The Health Ministry announced the latest groups eligible for vaccines on Thursday and Friday in its bid to achieve mass immunity in the country. Turkey is also very close to making its first locally-developed COVID-19 vaccine.

Professor Necmettin Ünal from Ankara University says that Turkey has a vaccination capacity above 600,000, and taking it to 1 million would help it finish its campaign in two months. “We need mass immunity and this can be achieved only if up to 80% of the population is vaccinated,” he told the Hürriyet newspaper Monday. Ünal said vaccinations would also prevent the development of new variants. Professor Barış Otlu, director of the Turkish Society of Microbiology, says the vaccine is now available for a large number of citizens. “This new momentum will have an impact in a few months and decrease the number of new cases and hospitalization. Eventually, this will be reflected upon daily life and restrictions will be relaxed,” he said.

Vaccination is not mandatory in Turkey and a family did win a lawsuit against mandatory vaccination in the past, years before the pandemic emerged in the country. Yet, experts warn that under the current circumstances abstaining from vaccination poses a hazard to public health. Koca had earlier said that they planned to lower the eligibility age for vaccination to 20 by the end of June, though it seems like a difficult target to meet. Most experts say the pandemic may recede in the autumn, with an intense inoculation drive throughout the summer. If the goal of vaccinating nearly 70% of the population is achieved, the government plans to remove the mandatory mask rule outdoors in the autumn, according to media reports.

Turkey has also been considering administering a third dose within six months of the second dose. Experts say a different vaccine from the initial shots can be used for this purpose. Thus, the country can have more access to vaccines, something vital at the time of ongoing “vaccine wars” between countries.

Media reports say a two-week safety test, a routine for imported vaccines, will be conducted on Sputnik V jabs, which was already approved for use in 67 countries. Turkey will receive 50 million doses of the vaccine within a period of six months. Sputnik V vaccines are applied as two doses with an interval of three weeks, one week shorter than CoronaVac. But authorities may extend it, media reports say.